Is green tea carcinogenic or anti-cancer?

Is green tea carcinogenic or anti-cancer? Research gives the answer!

For patients with gastric ulcer, drinking green tea will not be beneficial, it will aggravate the condition and make the ulcer not heal for a long time.

Tea is one of the world’s three major beverages (tea, cocoa, coffee), and some countries is the most important birthplace of world tea culture. Tea can be said to be sober and elegant, and when guests visit during Chinese New Year, they treat guests with tea. For a long time, the two major views on tea causing cancer and tea anti-cancer have always been in battle, but what is the truth? Can drinking green tea really prevent cancer? Recently, research by biologists has given the answer. 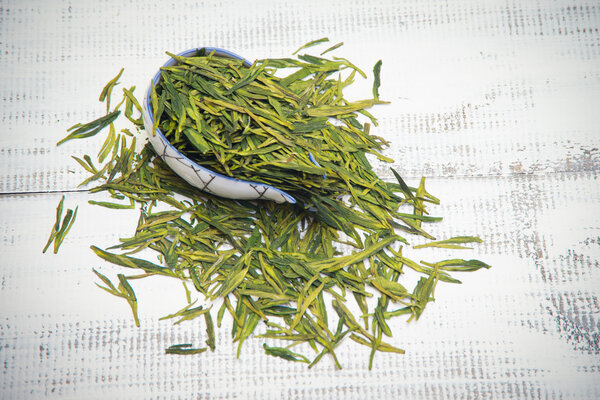 On February 13, 2021, the team of Professor Chunyu Wang from the Department of Biological Sciences at Rensselaer Polytechnic Institute published a related research paper in Nature Communications.

The chemopreventive effect of green tea on tumors is mainly attributed to polyphenolic compounds, of which epigallocatechin gallate (EGCG) is the most important. EGCG accounts for 50-80% of green tea catechins. A cup (240 ml) of green tea contains 200-300 mg of EGCG.

So why do some people say that drinking tea causes cancer?

First of all, there are many carcinogenic factors. Many people who often drink tea are also enthusiasts of smoking and drinking, so they unknowingly increase the risk of cancer during the process of drinking tea.

Finally, the concentration of tea leaves is also an influencing factor. For many strong teas, because of the high caffeine content, gastric acid will be excessively secreted, thereby stimulating the gastric mucosa.

1. Don’t drink on an empty stomach

2. Don’t drink if you have a fever

Green tea contains substances that can produce heat, which raises the body temperature. If people with fever drink it, it is equivalent to adding fuel to the fire.

The strong taste of tea is not a good thing. The caffeine, theophylline, etc. contained in it are very harmful to the stomach, and strong tea is more likely to cause excessive nerve excitement and cause insomnia. Especially the elderly, liver patients, urinary stones patients, etc., try not to drink strong tea.

4. Some patients drink with caution

For patients with gastric ulcers, drinking green tea will not be beneficial, it will aggravate the condition and make the ulcers unheal for a long time; for patients with heart disease, the caffeine and theophylline may increase the heartbeat and even cause arrhythmia; for neurasthenia, Don’t underestimate the insomnia-promoting effect of tea. Drink a cup of tea during the day. Some people may still not sleep in the early morning. Therefore, people with nervous breakdown should not drink tea.

Finally, drinking a lot of tea for a long time may indeed help you reduce the risk of certain tumors, but everything has two sides. Consider the risk of scalding your esophagus by hot tea or buying inferior tea (containing heavy metals or arsenic). I think it still It is better to improve the health of the overall lifestyle. Exercise more, sleep well, eat a reasonable diet of meat and vegetables, ensure a good attitude, and have regular physical examinations. This is the long-term peace.