Science: People who drink and blush are susceptible to cancer

Researchers from the University of Tokyo published a research paper in Science Advances, which showed that the ALDH2 gene mutation, which is common in Asians, causes blushing after drinking. People who carry this gene mutation can greatly increase the risk of stomach cancer even if they drink a small amount of alcohol.

Wine is a product of human civilization, and wine culture continues to grow along with the development of the entire human civilization. How to relieve worries? Only Dukang. Whether it is joys and sorrows, or separation and reunion, wine is never absent. People will drink to celebrate when they are happy, and when they are sad, they will use wine to relieve their sorrow.

Whether you are happy or sad, there is always a reason to drink. However, as the saying goes: “Although good wine is good, don’t be greedy.” Excessive drinking is not only easy to make mistakes, it can also lead to many diseases such as atherosclerosis, cardiovascular and cerebrovascular diseases and neurological diseases. The harm caused by excessive drinking is believed to be the result of a complex interaction between genetic and non-genetic risk factors.

On December 12, 2019, Acta Neuropathologica Communications published a research paper from the Stanford University School of Medicine, which showed that people who drink alcohol and blush (ALDH2 mutations) are more likely to develop Alzheimer’s disease.

On January 2, 2020, a research paper entitled: Alcohol Abstinence in Drinkers with Atrial Fibrillation was published in NEJM, the top international medical journal. The study pointed out that abstinence from alcohol can effectively reduce the recurrence of arrhythmia in people who drink frequently and suffer from atrial fibrillation. 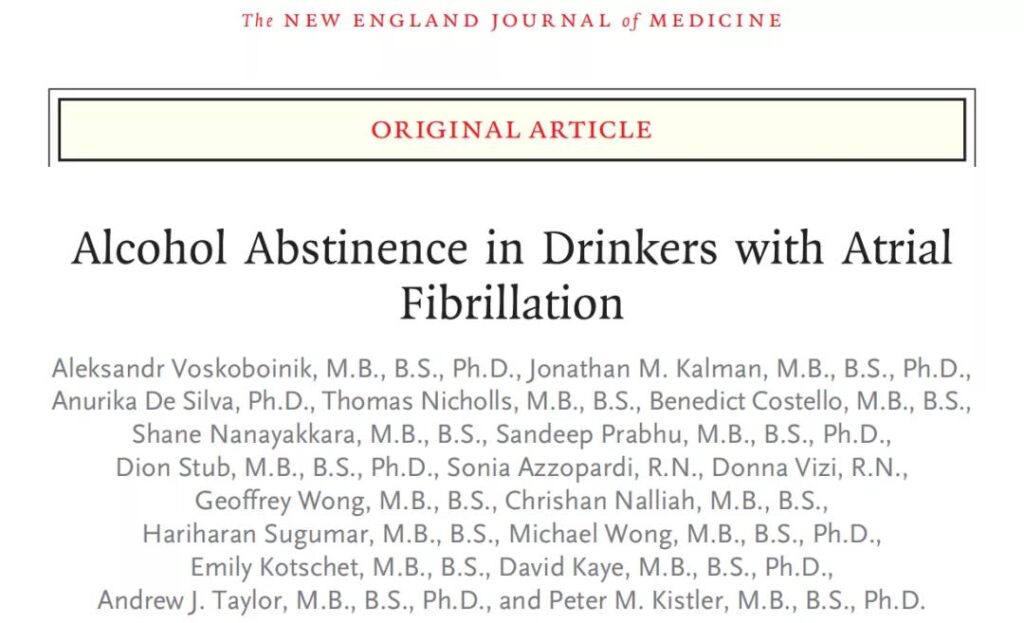 In May 2020, researchers from the University of Tokyo and other research institutions in Japan collaborated to publish a research paper titled: Defined lifestyle and germline factors predispose Asian populations to gastric cancer in the Science Sub-Journal Science Advances.

The study comprehensively analyzed the genomic data of 531 gastric cancer patients and investigated their lifestyles. Among these patients, 319 were Asian and the remaining 212 were non-Asian. By comparing and analyzing the data differences between the two groups, the researchers concluded that two important factors that Asians are prone to gastric cancer: lifestyle (drinking) and genetic mutations ( ALDH2, CDH1).

Gastric carcinoma (gastric carcinoma) is a malignant tumor that originates from the epithelium of the gastric mucosa and has become one of the most important causes of cancer deaths worldwide. At the same time, the incidence of gastric cancer in East Asia is higher than the world average, and even the incidence of gastric cancer in various malignant tumors in some countries is second only to lung cancer, ranking second.

So, what are the factors that make people in East Asia more likely to suffer from gastric cancer?

Previous studies have shown that diet, age, and various gastric diseases all have an impact on the incidence of gastric cancer in specific individuals. Based on the above, research institutes headed by the Research Center for Advanced Science and Technology (RCAST) of the University of Tokyo in Japan are conducting research on this phenomenon.

In this study, the researchers performed a genome-scale cross-ethnic analysis of 531 gastric cancer patients (319 Asian and 212 non-Asian). Among them, 243 tissue samples came from volunteers in Japan, and the remaining data came from public medical databases.

The research team compared and analyzed these data, and divided them into 6 groups based on the mutation characteristics of the tissue samples. Among them, a group of Signature 16 is related to a drinking-related mutation-ALDH2. In this particular group, more than 90% of patients are Asian, and 70% of patients carry ALDH2 mutations. 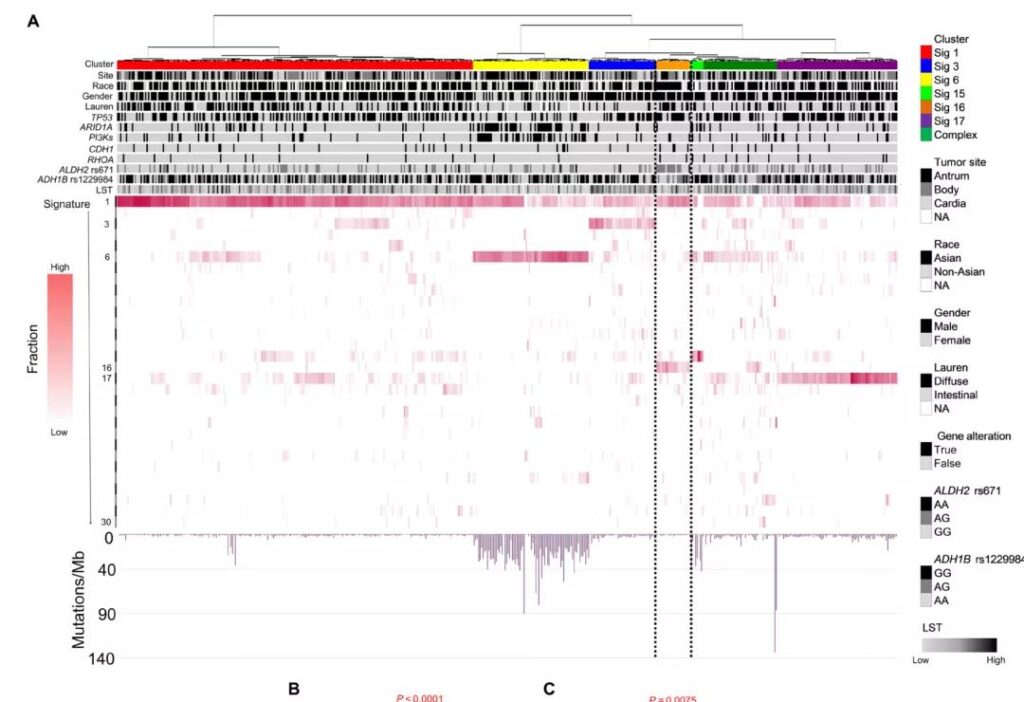 The ALDH2 (acetaldehyde dehydrogenase 2) mutation is related to the redness of the back of drinking. This mutation will cause the corresponding protease activity to be greatly reduced, resulting in a large accumulation of alcohol metabolites-acetaldehyde, which causes the body to respond to toxins. That is, skin flushing and inflammation. More notably, ALDH2 mutations are very common in East Asian populations.

Then, the research team investigated the relationship between the living habits and genotypes of these gastric cancer patients and found that drinking and ALDH2 mutations are important reasons for the high incidence of gastric cancer in Asian populations.

In addition, the researchers also found that the average alcohol consumption of gastric cancer patients with Signature 16 is not high, which means that people with ALDH2 gene mutations, that is, people who drink and blush, even if they only drink a small amount of alcohol, the risk of gastric cancer will be high. greatly increase. 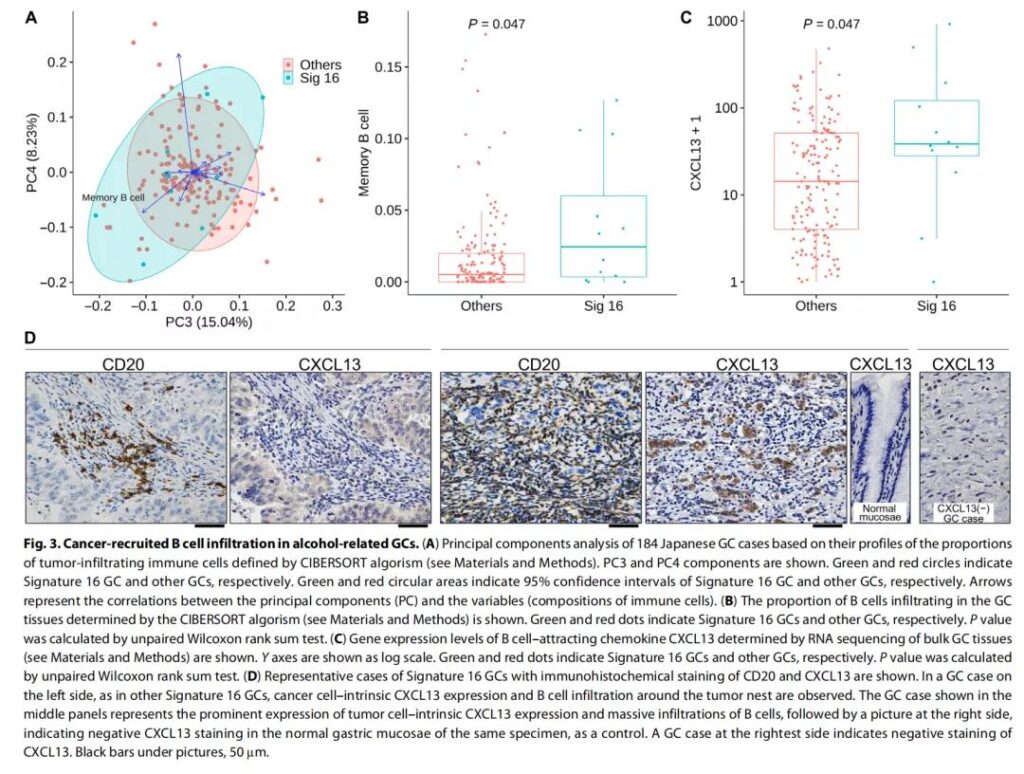 In addition, the research team also found frequent E-cadherin (CDH1) gene mutations in Japanese gastric cancer patients. Most of these mutations are shared by Japanese and Koreans, indicating that East Asians have a common ancestor Event, this event may also be the cause of the “Asian Red”.