In a new study, researchers from Boston University School of Medicine in the United States showed how these tau oligomers are formed and, accordingly, how to prevent them. The relevant research results were published online in the PNAS journal on February 22, 2021. The title of the paper is “TIA1 potentiates tau phase separation and promotes generation of toxic oligomeric tau”. 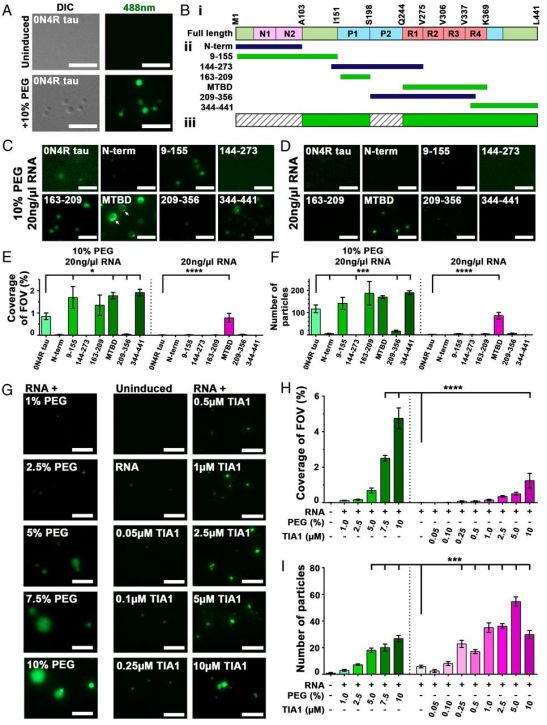 AD is the main cause of illness in the elderly and brings huge economic costs to the medical system. Scientists have long known that two proteins (beta amyloid and tau) will focus and accumulate in the brains of AD patients. This accumulation is thought to cause neuronal damage, leading to dementia.

This research is based on an emerging field in biology called “phase separation”, which is based on the discovery that proteins form droplets, just like “oil in vinegar”. The corresponding author of the paper, Dr. Benjamin Wolozin, professor of pharmacology and experimental therapeutics at Boston University School of Medicine, explained, “We found that droplets containing the RNA-binding protein TIA1 related to AD (and amyotrophic lateral sclerosis) form toxic tau. Oligomers provide the foundation.”

These researchers produced pure proteins in order to conduct experiments in solutions containing only the specific ingredients under study. Then they mixed these proteins together and tracked the formation of small droplets under a microscope. Surprisingly, they found that tau formed droplets in the larger TIA1 droplets, but not in the droplets of other proteins. They also measured the amount of toxic tau oligomers, and the results showed that the tau in the TIA1 droplets formed many toxic tau oligomers.

According to Wolozin, tau and TIA1 appear together in pathology, and TIA1 is one of the few RNA binding proteins genetically related to AD. He believes that this research can now be used to advance drug discovery in order to discover compounds that prevent the formation of tau oligomers.