To end the COVID-19 epidemic as soon as possible, global vaccination seems to be an inevitable method.  The current COVID-19 vaccine plays a protective role by inducing the body to produce neutralizing antibodies that target the SARS-CoV-2 spike protein.

To end the COVID-19 epidemic as soon as possible, global vaccination seems to be an inevitable method. The current COVID-19 vaccine plays a protective role by inducing the body to produce neutralizing antibodies that target the SARS-CoV-2 spike protein. However, due to the emergence of new strains (such as B.1.1.7 originating in the United Kingdom, P.1 in Brazil, and B.1.351 in South Africa) and mutations in their spike proteins, the effectiveness of existing vaccines may be affected. affected. 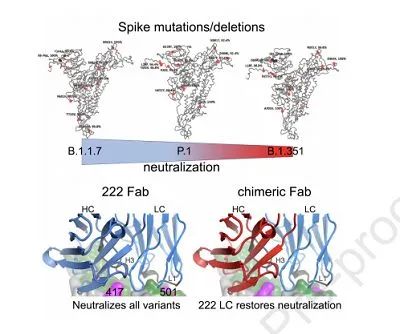 In a recent study published in “Cell”, Professor Gavin Screaton’s team from the University of Oxford in the United Kingdom conducted a detailed analysis of the affinity activities of the above mutant strains and neutralizing antibodies, trying to find more effective solutions for the above The neutralizing antibody clone of the mutant strain can help stabilize and eliminate the epidemic.

Previous studies have shown that the spike proteins of the B.1.1.7 strain, P.1 strain and B.1.351 strain all have varying degrees of mutations. Among them, P.1 has three mutation sites: K417T, E484K and N501Y , B.1.351 has three mutation sites: K417N, E484K and N501Y, and B.1.1.7 has a single mutation site: N501Y. The above mutations can affect its affinity with the ACE2 receptor and further affect the spread of the virus. In addition, the above-mentioned mutations will also affect the neutralizing ability of antibodies that are naturally produced or induced after vaccination against mutant strains.

In the previous study, the author first collected the P.1. strain from a patient in Brazil by means of a throat swab, and compared it with the existing B.1.1.7 and B.1.351 strains. The neutralizing effect of serum was compared. The above-mentioned sera were from patients after early SARS-CoV-2 infection and recipients after being vaccinated with Oxford-AstraZeneca vaccine or Pfizer vaccine. The results showed that the neutralizing ability of the serum against the P.1 and B.1.1.7 strains was reduced to a certain extent, but it was not obvious; however, the neutralizing ability of the serum against the B.1.351 strain appeared significantly. decline. Previous studies also showed that the affinity of the spike protein RBD of the P.1 strain with the host ACE2 was significantly improved compared to the earlier strains.

In the latest study, the author screened a series of potential neutralizing antibodies and found a monoclonal antibody called mAb222, which can recognize and bind to K417 and N501, and is toxic to P.1/B.1.351 Mutations at the above-mentioned sites of the strain are quite tolerant. This result has positive significance for the design of new vaccines or antibody therapies against variant strains.

First, the author analyzed the mutation sites of three different types of mutant strains in detail through sequencing methods, and annotated them in the three-dimensional crystal structure of the spike protein. From a structural point of view, the authors found that mutations in the relevant sites of the spike protein will affect its recognition and binding effect by the neutralizing antibody. 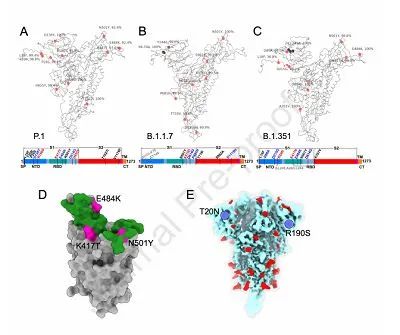 (Figure 1, Analysis of the three-dimensional structure and mutation site of the spike protein of the mutant strain)

Furthermore, the author analyzed the binding ability of the spike protein of the mutant strain with the host ACE2. The results showed that compared with the original strain, the complementarity between the RBD domain of the mutant strain and ACE2 was significantly improved, thereby enhancing the ability of the virus to recognize and invade host cells. 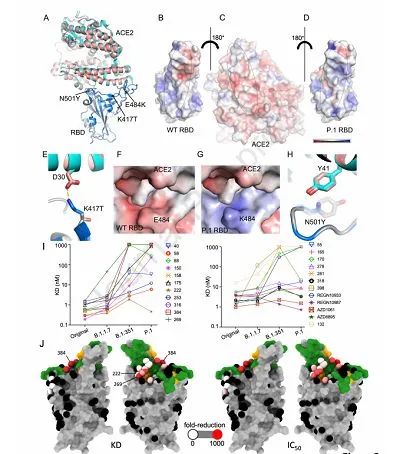 (Figure 2, Comparative analysis of the binding ability of mutant strains and receptor ACE2)

Later, the authors tried to find neutralizing antibodies that could recognize the spike protein of the mutant strain. Based on the monoclonal antibody library previously developed, the authors screened three different mutant strains in sequence. Preliminary screening resulted in 20 antibodies with a neutralizing activity of 50%, 19 of which specifically recognized the RBD domain of the viral spike protein. In the end, the authors identified an antibody molecule called mAb222, which can recognize three different types of mutant strains at the same time. By recombining the Fab of mAb222 with the Fc region of other antibodies, the authors found that the recombinant antibody has a higher neutralizing activity than the original antibody, indicating that it has the potential to be developed to treat infections by variant strains. 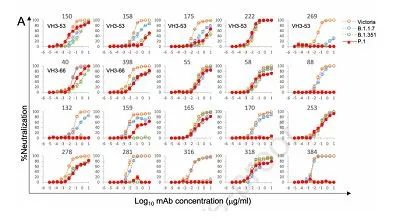 In summary, the author reveals the pathogenicity of the three types of mutant strains and the differences in antibody neutralization effects by including structural biology, immunology and biochemical methods, emphasizes the serious threat of South African strains, and provides a new type of target. It is hoped that broad-spectrum neutralizing antibody candidate molecules to different mutant strains can help control and eliminate the epidemic.