Veillonella is a gram-negative anaerobic micrococcus with a diameter of 0.3-0.5μm. It is gram-positive at the initial cultivation and becomes negative overnight. Under the optical microscope, it is bispherical, flaky and short-chain, without capsules, flagella, and spores. The optimum growth temperature is 37℃, and the optimum pH is 6.5～8.0.

The members of the genus Veillonella are non-fermented. They cannot use carbohydrates or amino acids. They cannot use glucose or any other carbohydrates (except for one species of fermented fructose) or amino acids without fermentation, but they will actively ferment pyruvate, lactic acid, and apples. Acid, fumaric acid and oxaloacetic acid. The main metabolic end products in trypsin-glucose-yeast extract broth are acetic acid and propionic acid. It can metabolize lactic acid to produce propionic acid, CO2 and H2. Some species produce an atypical catalase that lacks porphyrin. Most strains produce gas, such as H2S.

It is abundant in the natural cavity of animals and humans, and it is a common flora distributed in the oral cavity, pharynx, respiratory tract, and digestive tract. Its ability to adhere to surfaces or form biofilms with other bacteria is critical to the composition and function of the intestinal and oral microbiota, especially in the oropharynx and intestines. In some serious infection processes, such as bacteremia, osteomyelitis and endocarditis, play a role in various mixed infections. It is often detected from soft tissue abscesses and blood. Penicillin has been suggested as a treatment option for infections caused by the Weinerella pathogen. 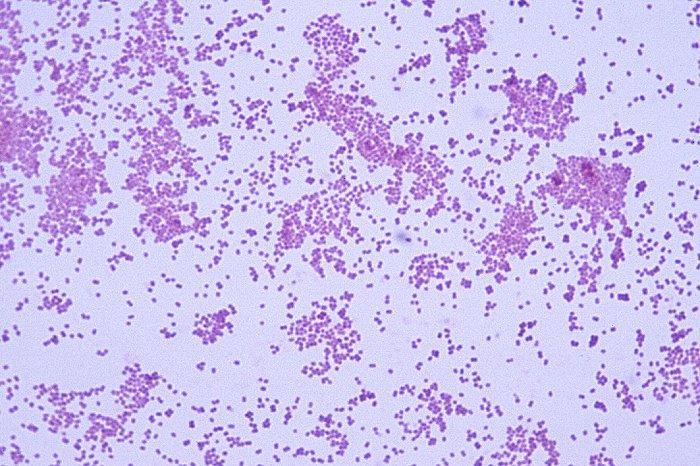 The genus Veillonella was first separated by Veillon and Zuber in 1898. Prevot further described these bacteria in 1933 and proposed the current classification.

Most Veillonella bacteria are recovered from abscesses, aspiration pneumonia, burns, bites and sinuses. In 95% of patients, the infection was multi-strained, but in 5% of patients, Veillonella was recovered in pure culture. The predisposing conditions related to the detection of this bacteria are previous surgery, malignant tumors, steroid therapy, foreign bodies and immunodeficiency. .

More than 10 species have been described in the known genus Veillonella.

Veillonella atenty is isolated from human and other animal sources.

Their phenotypic characteristics, including morphology, major metabolic end products, gas production, nitrate reduction and succinic acid decarboxylation, are identified as members of the genus Veillonella. Multilocus sequence analysis and corresponding phylogeny are based on 16S rRNA, dnaK and rpoB genes, and the newly proposed gltA gene.

One of the important species, Veillonella parvula, was discovered and described 120 years ago when Veillon and Zuber separated it from appendicitis abscesses. Sixty years later, the same microorganisms were used to observe the outer membrane (OM) for the first time, thus demonstrating the key difference between the envelope structure of Gram-negative and Gram-positive cells. Veillonella parvula has been found in multiple niches of the human body including the oral cavity, lungs, gastrointestinal tract and vagina. Veillonella parvula may play an important role in many environments, but its main niche is as a second colonizer in the mouth.

Veillonella is an important pathogen of periodontitis. It is a native oral bacteria in the tongue coating. Veillonella has a high ability to attach to the tongue. It has been identified as the main producer of hydrogen sulfide (H2S). H2S is one of the main components of oral malodor. One. And in one report, it is the most common anaerobic pathogen in chronic maxillary sinusitis.

Oral biofilm is a multi-species community, where hostile parties coexist to maintain the ecological balance of community members. In various stages of early oral biofilm formation, Veillonella, as an early settler species, can form an aggregation with many bacteria, including the original settler Streptococcus gordonii and the periodontal pathogen Fusobacter nucleatum. In addition to providing binding sites for many microorganisms, Veillonella can also provide nutrients for the survival and growth of periodontal pathogens. These findings indicate that Veillonella plays an important “bridging” role in the development of oral biofilms and human oral ecology.

Veillonella and Streptococcus have metabolic interactions and often symbiotic in ecosystems (such as the oral cavity and colon), and the coexistence may partly depend on their potential for metabolic interactions. Streptococcus is involved in the fermentation of sugar and produces lactic acid as its main fermentation end product. In turn, Veillonella is also known for its ability to use lactic acid as carbon and energy.

The prevalence of dental caries worldwide is still high. When teeth are exposed to the acid (such as lactic acid) produced by acid-producing microorganisms through carbohydrate metabolism, dental caries can occur. Veillonella is one of the main oral microorganisms due to their ability to convert lactic acid into weak acid and produce NO2 from NO3, and NO2 can inhibit the growth and metabolism of streptococci. Therefore, Veillonella is considered to be good for preventing dental caries. However, Veillonella’s ability to metabolize lactic acid is regulated by oral environmental factors (ie pH and lactic acid).

The intestine is a key part of the interaction between the intestinal flora and the mucosal immune system. In recent years, it has been discovered that Veillonella has important effects on the human microbiome, infection and immune development. Studies have found that Veillonella parvula is an effective induction of cytokine and TLR2/6 signal transduction. The combination of Streptococcus and Veillonella seems to counteract the production of IL-12p70, while enhancing the response of IL-8, IL-6, IL-10 and TNF-α.

The presence of Veillonella is associated with disease remission or disease stability. These specific bacterial genera may be biomarkers for immune checkpoint inhibitors. In patients treated with monoclonal antibodies, perhaps they may become specific biomarkers for advanced gastric cancer.

Recent data indicate that Veillonella parvula may play a protective and helpful role in the development of the immune system in early childhood. Epidemiological studies on infants have shown that the presence of Veillonella parvula is negatively related to asthma, bronchiolitis and autism. In children at risk of asthma, the relative abundance of the relatively abundant bacterial genus Veillonella in the intestines is significantly reduced.

Prevotella, as a gram-negative bacterium, produces LPS and induces inflammation. At the same time, the propionate produced by the bacteria’s metabolism can play an anti-inflammatory effect. The conflicting conclusions may be caused by the difference in the intestinal microenvironment and the composition of the flora. When Veillonella is co-cultured with Streptococcus salivarius strain 1 in the intestine, the production of inflammatory cytokines can be reduced, while the production of inflammatory cytokines when co-cultured with strain 2 is significantly higher than when they are separately cultured.

The high abundance and intraspecific genetic diversity of Streptococcus and Veillonella in the gut microbiota may be the main driving factors for the high population dynamics of these bacteria due to changes in nutrient utilization caused by changes in food intake. These dynamic populations may profoundly affect the interaction between the local host and microorganisms, thereby regulating the physiology of the intestine and the function of the immune system.

e run slowly, sugar and fat can be fully oxidized and decomposed into carbon dioxide and water, and provide energy. However, muscle soreness often occurs after high-intensity exercise. This is because exercise exceeds the intensity of aerobic exercise, which causes glucose to be metabolized in the body through anaerobic respiration to produce lactic acid. The accumulation of lactic acid can cause local muscle soreness.

Scheiman and colleagues published an article in Nature Medicine to study the influence of the gut microbiome on the athletic performance of elite runners and identified a performance-enhancing microorganism belonging to the genus Veillonella. After the race, atypical Veillonella atypica strains were enriched among the marathon runners. Veillonella uses lactic acid as a carbon source, and the analysis found that the metabolic pathway of lactic acid to propionic acid is enriched in athletes after exercise.

The mmmalian gut microbiome may metabolize muscle-derived lactic acid to propionate to provide additional running endurance capabilities for its host. In addition, as compared with sedentary controllers, the number of Veillonella bacteria in regular exercisers has increased in multiple independent human studies, which increases the use of unique metabolic environment (L-lactic acid metabolism) of these microorganisms in athletes. The possibility of adaptive advantages in the intestinal tract. This may lead to a positive feedback loop, which in turn strengthens the exercise with less ability. In other words, since repetitive exercise is expected to increase the concentration of L-lactic acid in the intestine, and the metabolites of L-lactic acid metabolites expand, these L-lactic acid metabolites in turn are expected to improve exercise endurance.

The abundance of certain intestinal flora of PSC patients will also change accordingly. In particular, Veillonella, Enterococcus and Streptococcus have significantly increased abundance. Veillonella can enter the liver through intestinal lymphocytes. Enterococcus is a bacteria that is sensitive to vancomycin. It can break down the intestinal barrier by secreting metalloproteinases to break down epithelial cadherin.

Several studies in NAFLD and NASH have determined that as fibrosis progresses, the structure and function of the microbiota deteriorate. Advanced fibrosis and NASH are related to changes in carbohydrate and lipid metabolism, because they have observed an increase in the bacterial content of corresponding functions. The abundance of Veillonella and Enterococcus increased significantly in patients with alcoholic hepatitis or liver disease, while the abundance of Veillonella parvula was negatively correlated with albumin and platelet counts. In fact, in all three studies of liver cirrhosis, the abundance of several Veillonella species in patients has changed.

Compared with the control group, the oral flora of lung cancer patients increased, especially Streptococcus and Veillonella. The increase of oral flora is related to the up-regulation of PI3K and ERK. In in vitro experiments, exposure of airway epithelial cells to Veillonella, Prevotella and Streptococcus can also lead to upregulation of ERK and PI3K pathways (Tsay et al, 2018). The PI3K pathway is considered to be an early event in the occurrence of lung cancer, so commensal microbiota dysregulation will up-regulate this pathway to promote lung cancer.

The results showed that the composition of the three oral microorganisms Streptococcus, Treponema and Veillonella in the patient group with pancreatic cancer was significantly lower than the other groups.

Patients with preeclampsia will accumulate Fusobacterium, Veillonella, Clostridum and other bacteria. The fecal microbiota of newborn babies born by caesarean section is rich in Veillonella dispar/V, which indicates that the skin and oral microbes and the bacteria in the surrounding environment during birth are the first bacteria to colonize these babies.

Compared with the control group, Veillonella dispar, a research subject who later developed T2D, has a lower abundance. The results indicate that this species in the intestinal flora may be involved in the regulation of host blood sugar.

Mouth, pinching the pulse of the respiratory tract, good teeth and appetite, is not empty talk. Veillonella is an important “resident” of the oral cavity and intestinal tract. Its colonization, abundance and ability to coexist with other colonies determine and affect the human oral cavity and digestive tract and even liver, lung and stomach diseases.