According to a study, a CRISPER-based gene silencing technology can reduce pain in mice. Although there is still a long way to go to apply this treatment to humans, scientists believe that this is a very promising method that can curb chronic pain that lasts for months or years. Chronic pain is usually treated with opioids such as morphine, which can lead to addiction.

Margarita Calvo, a pain physician at Pontifical Catholic University in Santiago, was not involved in the study, but she said it was a real challenge, and the best medicine for pain brought another disease. And this is why the new technology is so exciting.

Scientists are already evaluating CRISPR therapy, which can edit a person’s genome as a treatment for blood diseases and some forms of hereditary blindness. The new version of CRISPR does not edit genes directly, but edits genes by preventing their expression, so it will not cause permanent changes, although it is not yet clear how long the effect will last.

Some studies estimate that in Europe and the United States, a large proportion of the population (up to 50%) has chronic pain experience. Over time, this type of pain can debilitate a person by restricting their activities and affecting their mental health. Although this situation is common, there are currently few treatments that can provide long-term relief without side effects.

This dilemma inspired bioengineer Ana Moreno and his colleagues at the University of California to find an alternative.

When a stimulus (such as touching a burned pot) triggers neurons to send electrical signals to the brain through nerves in the spinal cord, pain will appear in the brain. This happens when hole-like openings (called ion channels) along neurons open and close to allow ions to pass through, and the ions carry electrical current along the nerve. If you suffer from chronic pain, some parts of the pathway may become overactive.

Although there are many types of ion channels, studies have shown that a sodium channel called Nav1.7 may play a central role in chronic pain. When a mutation occurs in the gene encoding this channel in a population, they either experience extreme, constant pain, or they feel no pain at all.

Therefore, Moreno and her team believe that they might be able to prevent pain signals from entering the brain by preventing neurons from producing Nav1.7. Chemists have been trying to use small molecule drugs and antibodies to block Nav1.7, but it has been difficult because these therapies also interact with the structurally similar sodium channels in the body, causing side effects such as numbness and poor coordination. But with CRISPR, genes can be precisely targeted, and researchers believe that they may be able to directly attack Nav1.7 without any off-target effects. 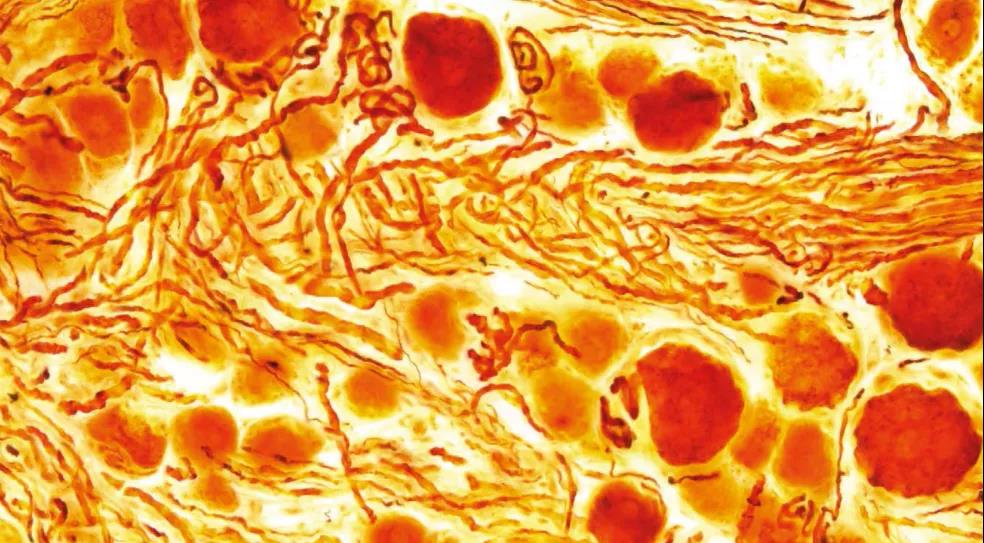 Leverage the precision of CRISPR

The team first used a modified version of the Cas9 protein, which is usually part of the CRISPR gene editing system. It can target but not cleave the DNA sequence encoding Nav1.7. The researchers added a second “repressor” protein to the modified Cas9, which can prevent the expression of the Nav1.7 gene. The researchers packaged this system in a small inactive virus called an adeno-associated virus, which can be carried into cells.

They used gene silencing therapy on mice through spinal cord injections, and then tried to induce chronic pain by injecting the animals with chemotherapy drugs or inflammatory agents. These mice are more tolerant of painful stimuli. And the team showed that mice that already suffer from chronic pain also benefit from the therapy. For example, mice receiving doses of chemotherapy drugs become highly sensitive to pain, but lose this sensitivity after a single injection of gene therapy. The results were published in “Science Translational Medicine” on March 10.

Sulayman Dib-Hajj, a neuroscientist at Yale University in New Haven, Connecticut, said that in some cases, the pain seemed to ease after the injection and lasted for 44 weeks, which is quite remarkable.

Importantly, Calvo said, this treatment seems to have down-regulated the expression of Nav1.7 without closing other sodium channels. Except for pain, the mice did not lose any sensation.

Despite their excitement, scientists reminded that these results are still preliminary and need to be transformed into humans. Dib-Hajj believes that although this brings the hope of treating chronic pain in humans, more work needs to be done.

Moreno is now the CEO of Navega Therapeutics in San Diego, and the company plans to continue to develop this treatment, hoping to test it on humans one day.