People with less sleep in middle age will increase the risk of dementia.  Middle-aged and elderly people who sleep less than 6 hours for a long time are associated with a 30% increased risk of dementia! 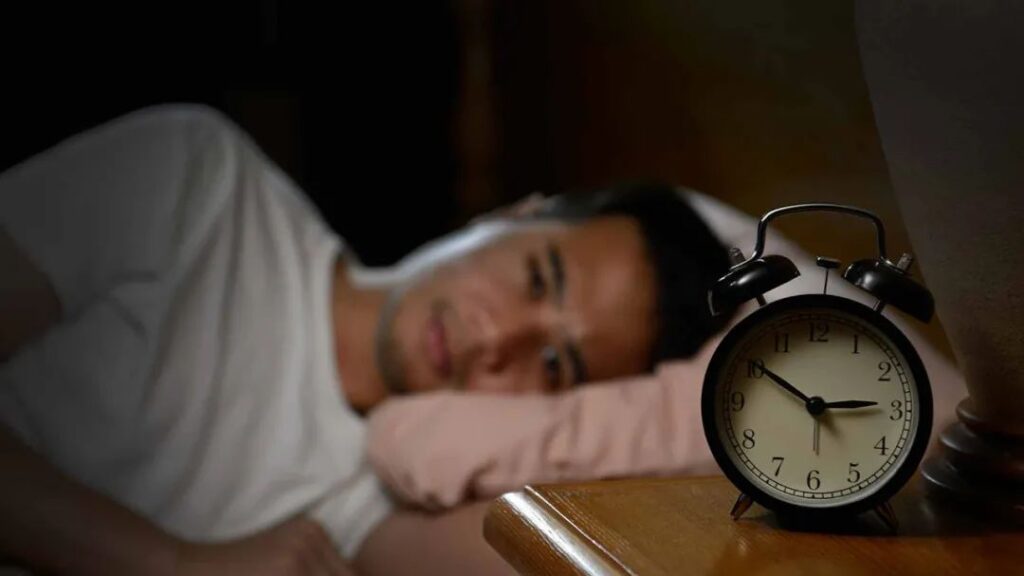 After middle age, in order to cope with the tremendous pressure from work and life, sacrificing sleep time has become the only choice for the majority of middle-aged people.

However, it is worth noting that long-term lack of sleep will not only lead to neurasthenia, memory and immunity decline, but also increase the risk of heart disease and cancer. At the same time, sleep disorders are an important feature of Alzheimer’s, but it is not clear whether the sleep time before old age is related to the incidence of dementia.

On April 20, 2021, researchers from the University of Paris in France published an article titled “Association of sleep duration in middle and old age with incidence of dementia” in the journal Nature Communications. research paper.

The study analyzed the 25-year follow-up data of 7959 participants and reported that middle-aged and elderly people who sleep less than 6 hours for a long time are associated with a 30% increased risk of dementia! Although this finding cannot establish an absolute causal link, it at least shows that there is an important link between sleep duration and the risk of dementia.

Alzheimer’s disease is a type of central nervous system degenerative disease that mainly occurs in the elderly and is characterized by progressive cognitive dysfunction and behavioral impairment. The clinical manifestations include memory impairment, aphasia, apraxia, ignorance, impairment of visual and spatial ability, impairment of abstract thinking and calculation, and changes in personality and behavior.

In modern society, with the increase of human life expectancy and the change of living habits, the prevalence of Alzheimer’s disease is also rising. It is difficult for people with dementia to take care of themselves, which has caused a great burden on the family and society. What is even more regrettable is that no effective treatment for Alzheimer’s disease has been found at present.

Research data shows that about 10 million new cases of dementia are reported every year worldwide, and one of the common symptoms is sleep changes. Not only that, but more and more evidence suggests that shorter sleep time in the elderly (65 years and older) is associated with an increased risk of dementia, but it is unclear whether this association is also true in younger people.

In this study, Séverine Sabia and her research team analyzed data from the Whitehall II study (also known as the “Stress and Health” study) at University College London (UCL) in the United Kingdom. The study investigated the health status of 7,959 British adults since 1985, which was followed up for 25 years. These participants self-reported their sleep duration, and some would wear wearable devices to sleep to confirm whether the reported sleep duration was accurate. 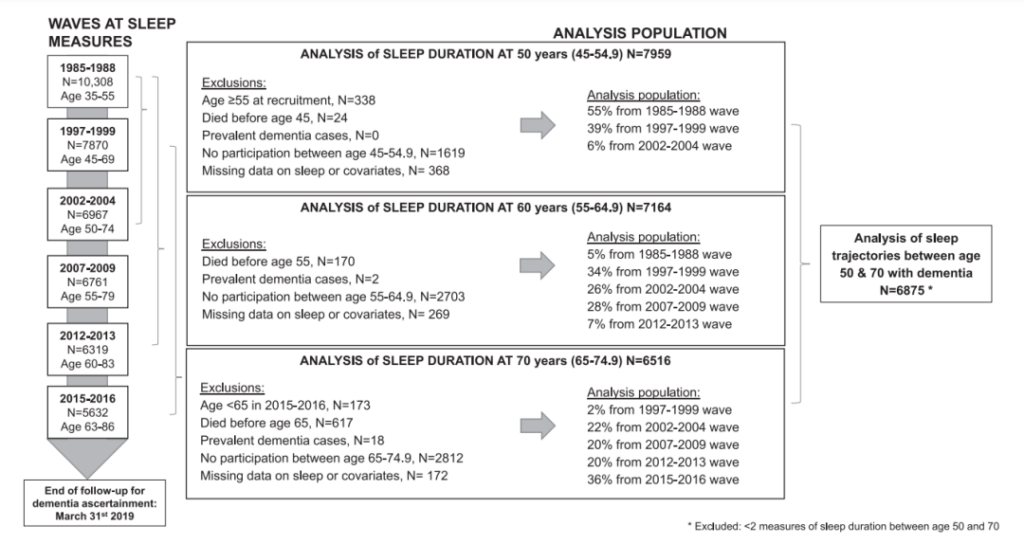 Through the Whitehall II study cohort, the research team verified the relationship between sleep time of middle-aged and elderly people (50, 60, and 70 years old) and dementia events, and investigated whether the change pattern of sleep time during this period is related to dementia. In addition, the researchers also investigated whether middle-aged mental disorders affect the relationship between sleep time and dementia. 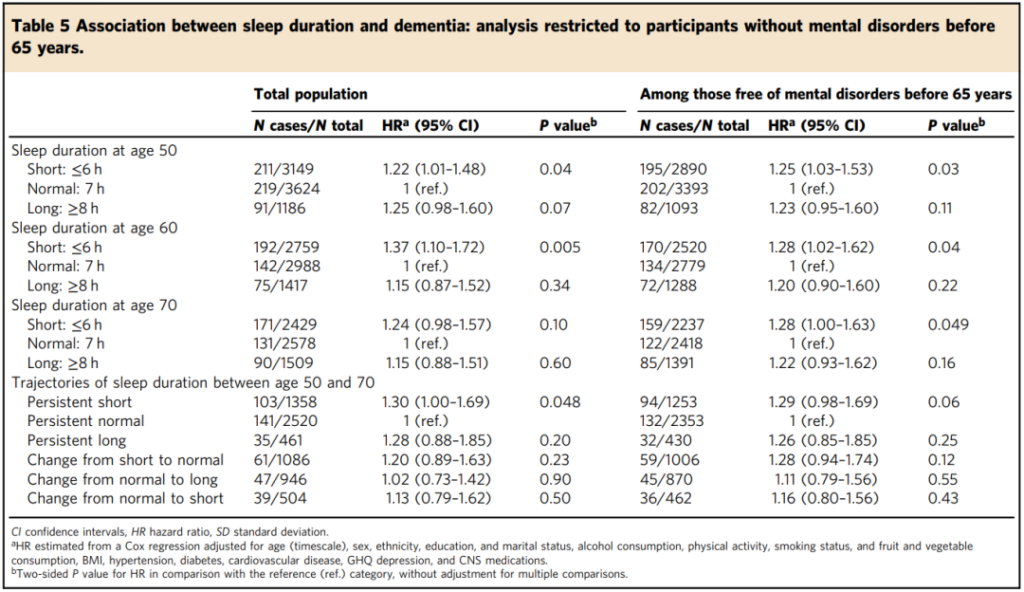 Analysis of the relationship between sleep time and risk of dementia

The study also found that people who have been in a shorter sleep pattern from middle to old age (between the ages of 50 and 70) have a 30% increased risk of dementia. And, this has nothing to do with known dementia risk factors such as sociodemography, behavior, cardiometabolic and mental health status. This confirms that short sleep time in middle-aged people is associated with an increased risk of late-onset dementia.

All in all, this longitudinal study through statistical analysis of the long-term follow-up data of nearly 8,000 participants shows that insufficient sleep time during the middle-aged and old age will increase the risk of dementia. From this point of view, sleep time is closely related to cognitive ability, which reminds us to do our own time management, no matter how stressful work and life are, we must try our best to ensure our own sleep time!