New therapy Evkeeza much effective t o treats acute pancreatitis.  Acute pancreatitis is one of the common acute and critical illnesses of the digestive system, which not only affects the pancreas, but also causes damage to other organs.

At the 70th American Cardiology Annual Scientific Conference (ACC.21) held recently, the clinical trial results of the monoclonal antibody Evinacumab for the treatment of acute pancreatitis were announced, and the data was amazing.

Evinacumab can continuously reduce the triglyceride levels of patients with different genotypes by up to 82%, while also reducing the risk of recurrent acute pancreatitis. 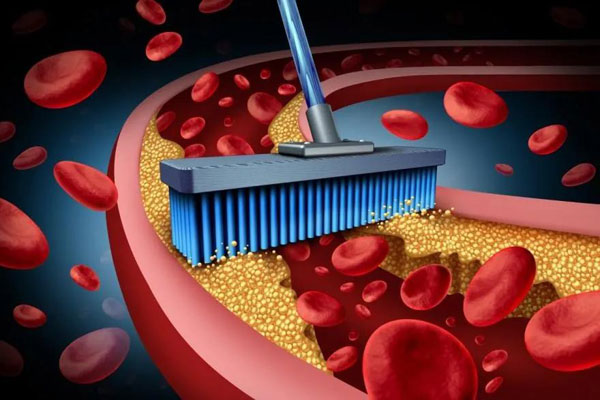 ▌With an acute pancreatitis attack, the “greasy blood” was drawn out?

Acute pancreatitis (AP) is one of the common acute and critical diseases in the digestive system, with rapid onset, rapid onset and high mortality. The disease not only affects the pancreas itself, but also damages the function of other organs, leading to severe acute pancreatitis.

Acute pancreatitis is mostly caused by gallstones, alcoholism, and hypertriglyceridemia. Therefore, if symptoms such as upper abdomen pain, vomiting, fever, etc. appear after overeating, it is necessary to go to the hospital in time. Evinacumab is a fully human monoclonal antibody under research that works by binding to and blocking the function of Angiopoietin-like 3 (ANGPTL3), which is a protein that plays a role in cholesterol metabolism.

In February of this year, Evinacumab (Evkeeza) was approved by the FDA as an adjuvant drug for other low-density lipoprotein cholesterol (LDL-C) lowering therapies for the treatment of homozygous familial hypercholesterolemia (HoFH) patients over 12 years old.

People who are genetically missing or have low ANGPTL3 levels have significantly lower lipid levels, which suggests that it may also be a therapeutic target for lowering triglycerides.

Evinacumab can not rely on LDL receptors, but by inhibiting ANGPTL3 to reduce patients’ LDL-C levels.

▌Triglycerides are reduced by 82%, and clinical trials bring new dawn!

In a clinical trial of 52 patients with severe hypertriglyceridemia, researchers found that the clinical improvement of patients depends on genetic variation.

In the first cohort, patients did not have two mutations in the lipoprotein lipase (LPL, an enzyme responsible for metabolizing or breaking down triglycerides) pathways, with the largest reduction in triglycerides, as high as 82%.

In the second cohort, patients with hereditary diseases with multiple chylomicronemia syndrome (MCS) had a reduction in triglycerides of approximately 65%. This disease can be exacerbated by complications, medications, and even poor lifestyles.

In the third cohort, patients had mutations in two genes encoding LPL, called familial chylomicronemia syndrome (FCS), and their triglyceride levels did not decrease.

FCS is a rare disease. Due to the lack or defect of LPL in the patient’s body, the level of triglycerides will be severely increased, which greatly increases the risk of acute pancreatitis. Although triglycerides were not reduced in the two patients with LPL mutations, the cholesterol content of non-HDL cholesterol and triglyceride-rich lipoproteins was reduced, indicating that Evinacumab is affecting the triglyceride pathway.

Through genetic testing of the LPL pathway, it is possible to determine which patients are most likely to respond well to Evinacumab treatment. The clinical trial evaluating Evinacumab’s role in reducing the risk of acute pancreatitis is expected to begin in the short term.

According to the current research results, Evinacumab can not only significantly reduce triglycerides, but also reduce the risk of acute pancreatitis in severely elevated patients. We look forward to further trials of the drug to benefit patients with acute pancreatitis.