ISSCR announces relaxation of the “14-day rule” for human embryo culture.  For a long time, the International Society for Stem Cell Research (ISSCR) has recommended that scientists should not cultivate human fertilized eggs for more than 2 weeks, which is the famous “14-day rule.” 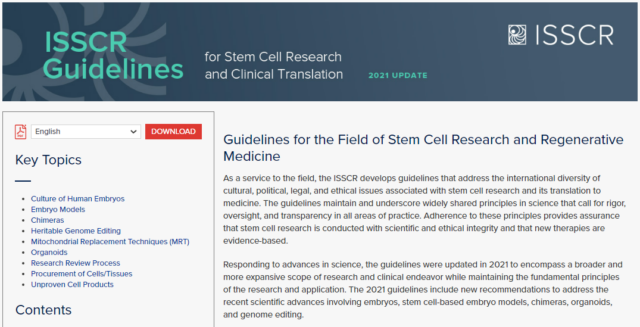 In response, Robin Lovell-Badge, a stem cell biologist at the Francis Crick Institute in London and chairman of the ISSCR steering committee, said, “This is a major update.”

In 1951, British scientist William Harvey first systematically proposed the structure and function theory of embryos, laying a foundation for people to explore the origin of life from the perspective of life sciences. However, at that time, people’s understanding of mammalian embryonic development was very limited. They believed that embryos could not be cultured in vitro, and it was naturally difficult to study embryos in vitro. In the face of this technical barrier that hinders embryo research, scientists have been seeking solutions from the technical level (that is, the method of embryo culture in vitro) for decades.

In 1978, the world’s first IVF child was born in the United Kingdom. This research caused a great sensation in the United Kingdom and the world at that time. The public’s response can be said to be “happy and scared”: “Happy” Infertility patients have new hope; “I am afraid” that experiments with human embryos will have unforeseen consequences.

Since then, humans have continuously made breakthroughs in the survival time of in vitro embryo culture. But soon, people have to consider where these embryos formed in vitro will go, which involves ethical issues.

The Ethics Advisory Committee of the US Department of Health, Education and Welfare first proposed the “14-day principle” in 1979, and then the British government convened many scholars to form the “Warnock Commitee”. In 1984, the committee issued the first A detailed report (Warnock 1984) lists several recommendations for in vitro fertilization and human embryo research.

The most important one is this, “We strongly recommend that human embryos produced by in vitro fertilization, whether frozen or non-frozen, cannot survive in vitro beyond the 14th post-fertilization period without embryo transfer. God. At the same time, we recommend that any experimentation with human embryos beyond this period be criminalized.” This is where the “14-day rule” comes from.

From the formation of the fertilized egg to the birth of the fetus, it takes about 38 weeks and a total of 266 days, which can generally be divided into three stages: pre-embryonic stage, embryonic stage and fetal period.

In the first 14 days of the formation of a fertilized egg, the embryo will complete several cleavages to form a blastocyst and complete implantation in the uterine cavity. On the 14th day, it is also the dividing point between the pre-embryonic stage and the embryonic stage. A structure called “primitive streak” is formed, marking the beginning of the embryonic endoderm, mesoderm and ectoderm. 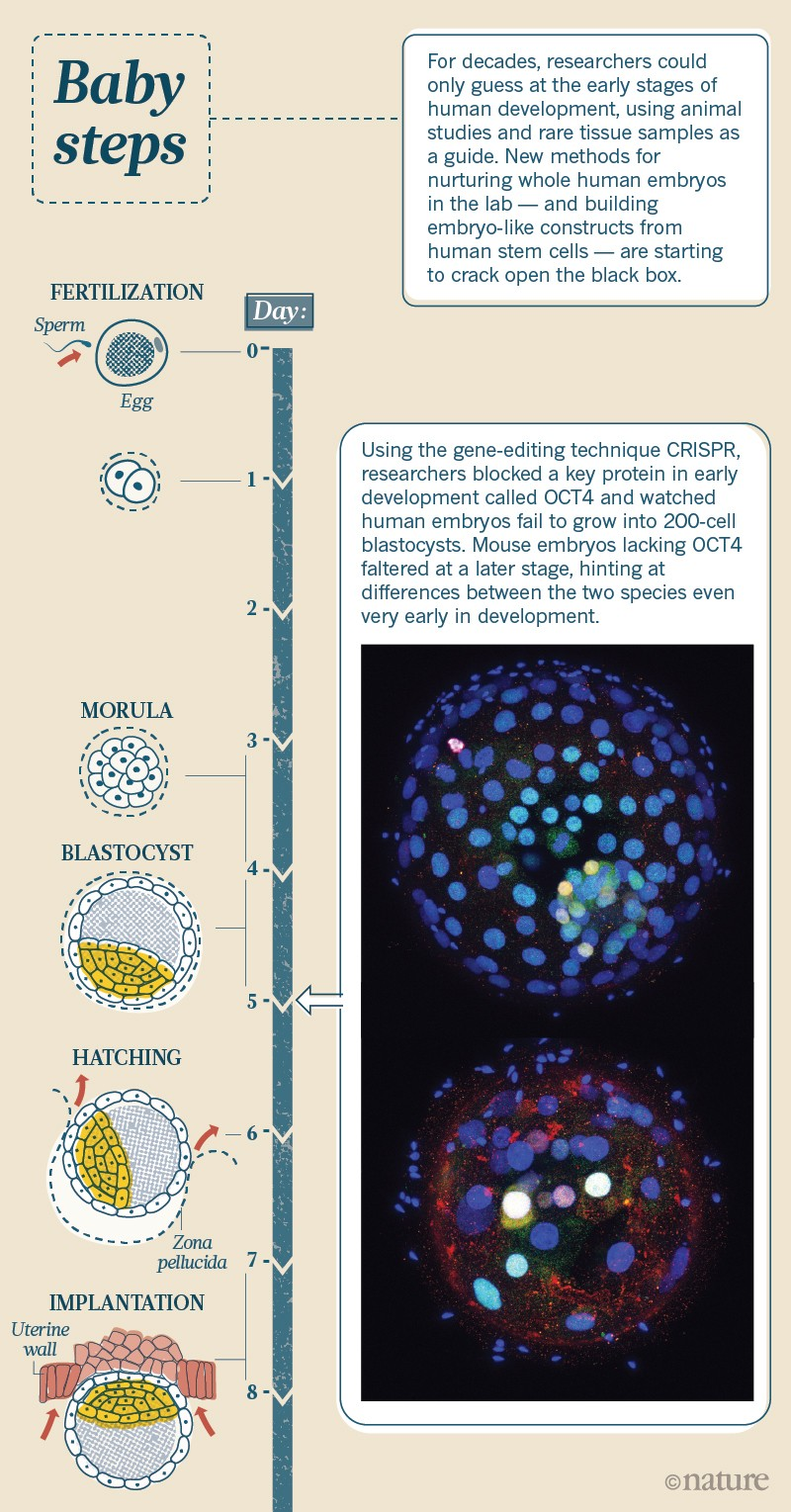 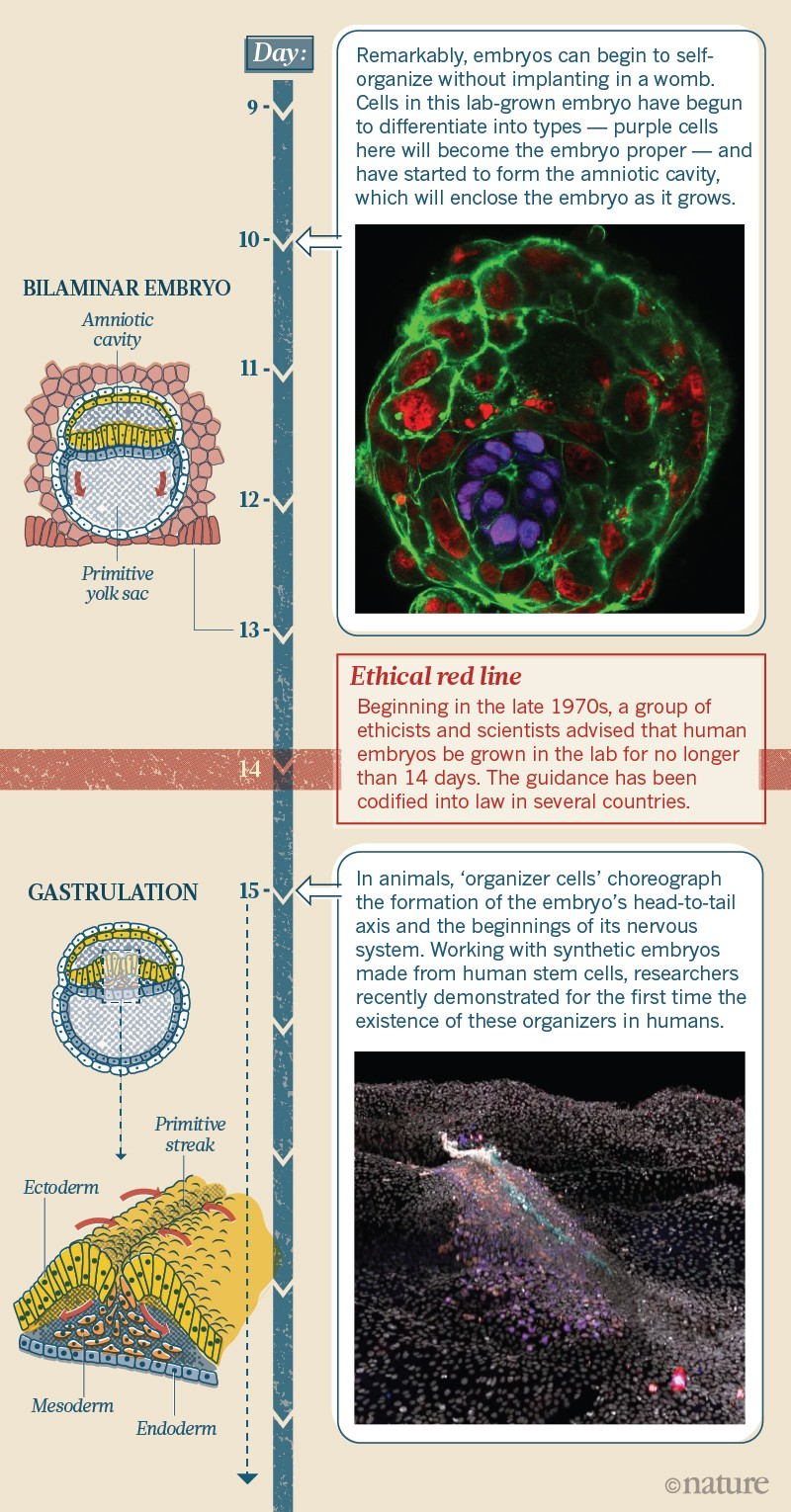 The 14th day node was chosen because the formation of primitive streaks is easy to be observed and facilitates judgment; secondly, it is believed that the development of the nervous system starts around 17 days after fertilization, and when the limit is set at 14 days, the embryo will be If you don’t feel the pain, there will be no ethical problems when you use it for experimentation.

It is worth noting that the 14-day rule was never intended to be a bright line in the moral status of human embryos. On the contrary, it is a public policy tool designed to design a space for scientific inquiry while showing respect for different opinions on human embryo research.

In fact, as a public policy tool, the 14-day rule has been very successful. It provides a clear and legally binding research point to stop research. And the extreme option — completely banning embryo research or putting no restrictions on embryo use — will not be a good public policy in a diverse society.

The limit will eventually be broken. In May 2016, two research groups from the University of Cambridge in the United Kingdom and the Rockefeller University in the United States published their research in Nature and Nature Cell Biology respectively. The former used to modify their previously designed mouse embryos in vitro The culture method allows human embryos to develop in vitro to the 13th day after fertilization. The latter provides attachment substrates to the blastocyst stage embryos so that they can develop in vitro at least to the 12th day after fertilization.

Both research groups stated that in accordance with the relevant internationally recognized ethical principles, they terminated the experiment before the embryo developed to 14 days after fertilization. In other words, if they want to continue cultivating embryos, there is hope for more than 14 days. The development of technology has also prompted the re-evaluation of some other long-term scientific research policies. It has also become difficult to keep self-helpers, regulators, and researchers aligned on the previous consensus. For example, the clinical use of mitochondrial replacement therapy (which can cause genetic changes in offspring) was approved by the British government last year and was deemed “ethically permitted” by a committee of the American Institute of Medicine at the beginning of this year.

One might think that when a restrictive policy is inconvenient for the development of scientific research, policy makers need to redefine the boundaries. If the 14-day rule of human embryos is seen as a moral truth, then cynicism will be necessary. But if they are understood as tools to maintain a balance between promoting scientific research and maintaining public trust, then they can be adjusted within a reasonable range due to changes in the environment.

In this regard, Professor Lovell-Badge said that “relaxing the 14-day rule allows researchers to compare in vitro embryos with real embryos, which is of great significance to scientific research. Of course, this will be a slow process.”

However, not everyone supports the lifting of the 14-day limit. Kirstin Matthews, a law and policy scholar at the Baker Institute of Public Policy at Rice University in Houston, Texas, said, “For embryos within 2 weeks, humans have not yet been studied clearly, and there is still a lot of room for exploration. At the same time, such principles involving public interest, ISSCR The public’s suggestions should be fully considered.”