1. The cause of disease

The esophagus is a muscular food passage between the pharynx and the stomach. The upper end of the esophagus continues to the pharynx at the lower edge of the sixth cervical vertebra, descends along the front of the spine, and connects to the gastric cardia on the left side of the 11th thoracic vertebra.

Esophageal cancer is a kind of malignant tumor with strong regional distribution. The incidence rate varies greatly among countries and regions in the world. 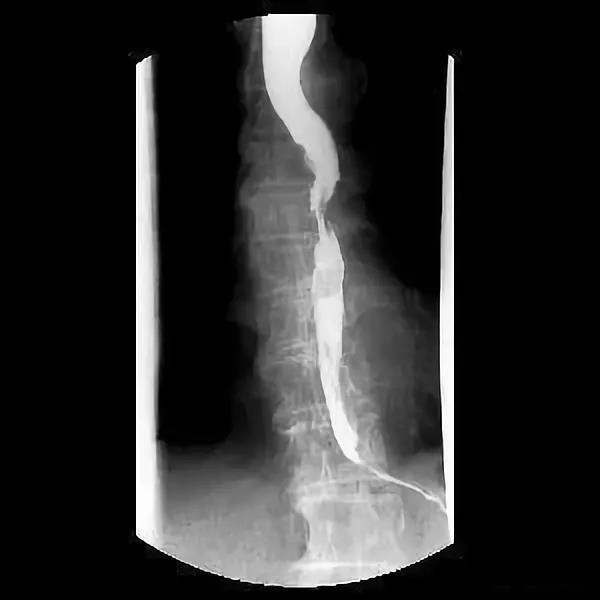 In short, the epidemiological characteristics of esophageal cancer mainly include:

2. The incidence rate is highest in the central area of ​​the high-incidence area of ​​esophageal cancer, which gradually decreases to the surrounding area.

4. People in Africa and Asia are higher than Caucasian.

7. Severe proliferation of epithelial cells is common in normal populations in high-risk areas.

The exact cause of esophageal cancer is still not fully understood.

Most believe that the occurrence of esophageal mucosal epithelial tumors is the result of a combination of multiple factors and long-term chronic stimulation.

Eating too fast, food too hot, high starch foods, little or no vegetables and fruits.

③Barrett’s esophagus is most closely related to the occurrence of esophageal adenocarcinoma.

The so-called Barrett’s esophagus refers to the esophageal mucosal damage caused by gastric reflux in the esophageal squamous epithelium at the esophagus-gastric junction-healing occurs repeatedly, resulting in columnar epithelial metaplasia.

This columnar epithelium is not a columnar mucosa that is preserved congenitally, but is obtained later, and has a repeated repair process.

It is generally believed that Barrett’s esophagus with severe dysplasia is a precancerous lesion, which is closely related to invasive adenocarcinoma and requires surgical resection.

Esophageal cancer mostly occurs in the middle of the esophagus.

The incidence of upper, middle, and lower esophageal cancer was 15%, 50%, and 35%, respectively. The main pathological type is squamous cell carcinoma, accounting for about 95%.

In recent years, epidemiology has shown that squamous cell carcinoma is still dominated in our country, and the incidence has a certain downward trend.

The early symptoms of esophageal cancer are often atypical, non-specific, good and bad, and recurring. Common discomforts include:

① A choking sensation due to a big mouthful of solid food.

This is one of the most common early symptoms. It usually appears when the first mouthful of food is taken, and then disappears. It appears once in a few days to a few months, which is easy to be ignored. There are also persistent occurrences, but most of them are mistaken for pharyngitis or esophagitis, which can be relieved after self-administration of anti-inflammatory drugs. In fact, the symptoms can be relieved without taking any drugs, because the occurrence of the symptoms is not caused by mechanical obstruction of the disease, but by lesions. Inflammation of the site, nerve reflex, esophageal spasm and other factors are related. As the disease progresses, the interval between symptoms gradually shortens and symptoms become more pronounced. It is easy to be misdiagnosed clinically.

③ Pain, discomfort or choking sensation behind the sternum.

After eating or not eating, there will be mild retrosternal pain, sometimes absent, and it is more likely to occur when eating hot food. Sometimes stagnation or a mild choking sensation in a certain area when swallowing food.

④Lower esophageal cancer can also cause discomfort under the xiphoid process or upper abdomen, hiccups, and belching.

About 90% of patients have this symptom and then seek medical treatment in the hospital, and the symptoms of dysphagia are progressively aggravated over time. It appears when you start to eat large pieces of food, and gradually develops into the need for boiling water or porridge when eating rice-sized food, and then develops to only eat a semi-liquid or liquid diet, and in severe cases, it will not drip in the end. This process generally only takes 3-6 months.

In severe cases, it is completely obstructed when eating, and it is often accompanied by continuous oral vomiting of foamy mucus. This is due to the increased secretion of esophageal and salivary glands caused by the infiltration and inflammation of esophageal cancer. The accumulation of mucus in the esophagus can lead to reflux, vomiting and even coughing. In severe cases, aspiration pneumonia may occur.

It is mostly painful swallowing while eating. In the late stage, there is persistent retrosternal or back pain. Its nature is dull or dull pain, and there is also burning or tingling, accompanied by a feeling of heaviness. The location of pain may not be consistent with the location of the lesion. Pain often indicates that the tumor has invaded, causing periesophageal inflammation and mediastinitis, but it can also be caused by deep esophageal ulcers caused by the tumor. Those who have severe pain and cannot fall asleep or are accompanied by fever, not only have a small possibility of surgical resection, but also should pay attention to the possibility of tumor perforation.

A small number of esophageal cancer patients also come to the hospital for hematemesis or melena. Tumors can infiltrate large blood vessels, especially the thoracic aorta and cause fatal bleeding. For cases with penetrating ulcers, especially those with CT examination showing that the tumor has invaded the thoracic aorta, attention should be paid to the possibility of bleeding.

It is often caused by direct tumor invasion or compression of the recurrent laryngeal nerve after metastasis of the tracheoesophageal groove lymph nodes.

Reduced food intake due to obstruction, lower nutritional status, weight loss and dehydration often occur one after another. When the tumor spreads, weight loss and fever may also occur. Tumor fever mostly occurs in the afternoon, around 38 degrees, and the body temperature is usually normal in the morning and morning.

It is characterized by extreme weight loss and exhaustion, often accompanied by disorders of hydroelectric media.

Corresponding signs may appear when the tumor has metastasized to other parts. If there is bone pain, find out whether there is local tenderness in the painful area.

Attention should be paid to the patient’s general nutritional status, with or without fever, anemia, and cachexia.

The advantages are simplicity, high accuracy, and less patient pain. Not only can the esophageal lesion location, length, degree of obstruction, ulcer size and depth, perforation and fistula formation be observed, but also the changes in esophageal mucosa and esophageal dynamics can be observed.

It can not only see the location and length of the lesion, but also the thickness of the esophageal wall, tumor invasion, relationship with adjacent organs, neck or mediastinal lymph node metastasis, and lung metastasis.

The accuracy of T staging of lesions is high, about 70%-80%; at the same time, the diagnosis rate of paraesophageal lymph node metastasis is also higher than that of CT scan, which is as high as 70%.

Esophageal endoscopy is a more reliable method for diagnosing esophageal cancer. It can observe the size, shape and location of the tumor under direct vision, and at the same time biopsy or brush the diseased area.

It can detect metastasis of primary tumors and regional lymph nodes, especially for distant lymph nodes and distant organs with higher sensitivity. This inspection has been regarded as a routine in European and American countries.

Find or rule out abdominal metastases.

If bone metastasis is suspected, ECT should be performed.

If the pathology cannot be obtained by the esophagus, the esophageal mesh is another way to obtain a cytological diagnosis.

These examinations are to assess the general condition of the patient and to improve reference for treatment selection.

The esophageal mucosa is delicate and not sensitive to heat. Eating and drinking above 65°C will burn the mucosa.

Don’t eat too fast, don’t gobble it up, don’t eat food too fast.

Pay attention to the source of drinking water, and prevent the tap water from being polluted, otherwise it will cause cancer.

2) No smoking and alcohol restriction

Protein deficiency can cause esophageal mucosal hyperplasia, which is prone to malignant transformation; fat deficiency hinders the absorption of essential fatty acids and fat-soluble vitamins, affects health and reduces immune function. Eat more fresh vegetables and fruits, the former cannot replace the latter, because a lot of vitamins and trace elements are often destroyed in cooking.

Suffering from esophagitis, leukoplakia, polyps, diverticula, achalasia, etc., due to histological changes, functional variations, and local irritation, it is easy to worsen and form cancer. Must observe closely, actively treat and take effective measures to prevent. Gastroscopy once a year is a vital means to detect early esophageal cancer.