The world’s first achondroplasia drug: C-type natriuretic peptide analogue vosoritide will soon be approved: it can solve the underlying cause of the disease!

BioMarin Pharmaceuticals recently announced that the European Medicines Agency (EMA) Committee for Medicinal Products for Human Use (CHMP) has issued a positive review opinion recommending approval of vosoritide (Voxoritide, BMN111), which is a once-daily injection The C-type natriuretic peptide (CNP) analog of C-type natriuretic peptide (CNP) is used to treat achondroplasia in children from 2 years old to the closed growth plate.

Closure of the growth plate occurs after puberty, when the final adult height is reached. Achondroplasia is the most common disproportionate short stature in humans. 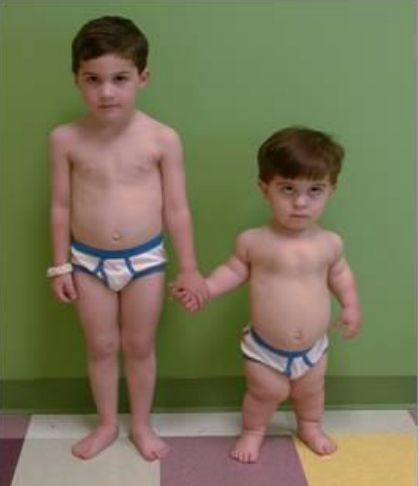 Now, CHMP’s opinions will be submitted to the European Commission (EC) for review, which is expected to make a final review decision within the next two months. If approved, vosoritide will be sold under the brand name Voxzogo. At present, vosoritide is also under review by the US FDA, and the target date of the Prescription Drug User Fee Act (PDUFA) is November 20, 2021. Previously, vosoritide was granted Orphan Drug Designation (ODD) for the treatment of achondroplasia in the United States and the European Union.

If approved, vosoritide will become the first drug to treat achondroplasia. The drug can treat the root cause of the disease, represents a major medical breakthrough, and has the potential to have a meaningful impact on the lives of patients.

The positive review of CHMP is based on data from the vosoritide clinical development project, including results from a randomized, double-blind, placebo-controlled Phase 3 study. The results of this phase 3 study are further supported by the long-term safety and efficacy data of the ongoing open-label phase 2 extension study, which shows that: receiving vosoritide treatment during the 5-year (60-month) observation period with the current data Of children with achondroplasia, the growth rate continues to be higher than the patient’s baseline level and higher than the expected annual growth rate for untreated children with achondroplasia. In addition, bone age progressed normally, and no acceleration of bone age was observed, indicating that vosoritide did not reduce the total duration of the growth phase.

The data package also includes the results of a randomized double-blind phase 2 study that is being carried out in infants and young children, extensive pharmacokinetic and biomarker data, and preliminary growth data for patients in the 2-5 age group. Data from SENTINEL study patients showed that in patients aged 2-5 years, after 2 years of vosoritide treatment, there is a positive effect on growth. In addition, the data package also includes 3 phases of extended research and extensive natural history data. 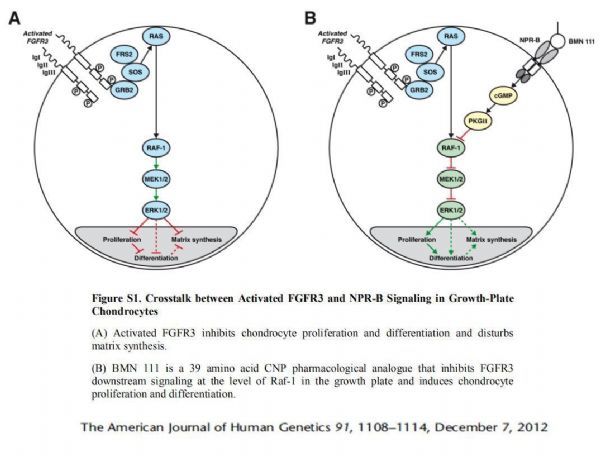 Achondroplasia is the most common disproportionate short stature in humans. It is characterized by slowed endochondral ossification, leading to disproportionate shortness and structural disorders of the long bones, spine, face, and skull base. This condition is caused by mutations in the fibroblast growth factor receptor 3 gene (FGFR3), which is a negative regulator of bone growth.

In addition to disproportionately short stature, patients with achondroplasia may experience serious health complications, including foramen compression, sleep apnea, bent legs, facial hypoplasia, permanent lower back swings, spinal stenosis, and repetitive ears. Department of infection. Some of these complications may result in the need for invasive surgery, such as spinal cord decompression and straightening of bent legs. In addition, studies have shown that the mortality rate is increasing in every age group.

More than 80% of the parents of children with achondroplasia are of medium stature, and the disease is caused by spontaneous genetic mutations. The global incidence of achondroplasia is about one in 25,000 live births.

Vosoritide is a C-type natriuretic peptide (CNP) analog derived from natural human peptides and is an effective stimulator of endochondral ossification. Natural human peptide is a positive regulator of bone growth. Vosoritide binds to specific receptors and initiates intracellular signals that inhibit the overactive FGFR3 pathway.

Currently, vosoritide is being evaluated for children whose growth plate is still “open”, usually children under the age of 18. These patients account for approximately 25% of patients with achondroplasia. In the United States, Europe, Latin America, the Middle East, and most of the Asia-Pacific region, there is currently no regulatory approval for drugs for the treatment of achondroplasia