Lancet: Two doses of COVID-19 vaccines are still effective in preventing the Delta mutant strain, but the difference is very big…

Two doses of COVID-19 vaccines still effective in preventing Delta variant.  On June 28, 2021, The Lancet published a major UCL article, which attracted a lot of attention.

This article announced the neutralization and inhibition effectiveness of AstraZeneca vaccine AZD1222 and Pfizer/BioNTech vaccine BNT162b2 against the Delta mutant strain (B.1.617.2), and the conclusions of the study are critical.

Seeing this result, and then looking at the current status quo in the three countries of the United Kingdom, the United States, and Israel, it seems a little bit that way. These three are the countries where the epidemic control situation after vaccination has once become a model, and the current differences are a bit big.

However, it is also very likely that in 1-2 months, the United States and Israel will become the current Britain.

In any case, vaccination is always the key way to control the epidemic, but other non-drug treatment measures such as border management, wearing masks, and isolation measures are also very important. 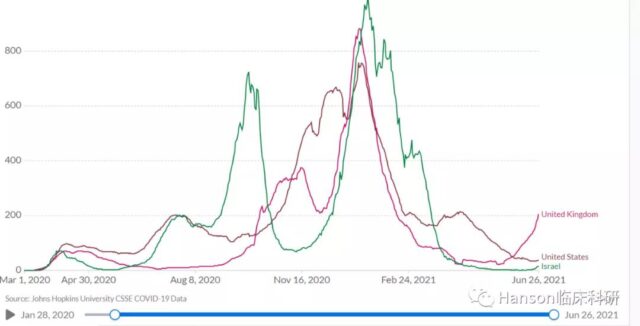