Global Incidence and Mortality of Gastric Cancer from 1980 to 2018.  Gastric cancer is one of the most common cancers worldwide, causing more than 1 million cases each year, accounting for 5.7% of all cancer diagnoses.

The 5-year survival rate proves that it has a poor prognosis, and most cases have metastasized at the time of diagnosis. The incidence of gastric cancer has wide regional differences. High-risk areas include East Asia, Eastern Europe, and Central and South America. According to data from the International Agency for Research on Cancer, countries with a high human development index (HDI) have a significantly higher incidence than countries with a low HDI (20 to 6.6 per 100,000 population).

The recognized causes of gastric cancer include Helicobacter pylori infection (which is the main risk factor), gastric ulcer disease, gastroesophageal reflux disease, obesity, smoking, chemical exposure, eating high-salt foods, N-methyl-N-nitro -N-nitrosoguanidine, coffee, alcohol, GSTM-1-null phenotype or genetic mutation of CDH1 (OMIM 192090) gene. In the past few decades, there have been trends of rapid urbanization, industrialization, and westernized diets around the world. Researchers hope that while assessing the global incidence and mortality of gastric cancer, compare the global incidence trend of younger (<40 years old) and older (≥40 years old) populations, and answer the question of whether the global burden of gastric cancer among young people is increasing .

This population-based cohort study analyzed data from global and national cancer registries, including data from 1980 to 2018, and morbidity and mortality data for at least 15 years. Age-standardized gastric cancer incidence and mortality data for 48 countries were retrieved from the Surveillance, Epidemiology and Final Results Program, the National Cancer Institute, the Nordic Cancer Registry, and the World Health Organization mortality database. The 10-year incidence trend of gastric cancer was assessed by age and gender. The 2018 GLOBOCAN database is used to report the global morbidity and mortality of gastric cancer, which is the latest data available at the time of analysis. The analysis was conducted between January 10, 2020 and March 20, 2020. 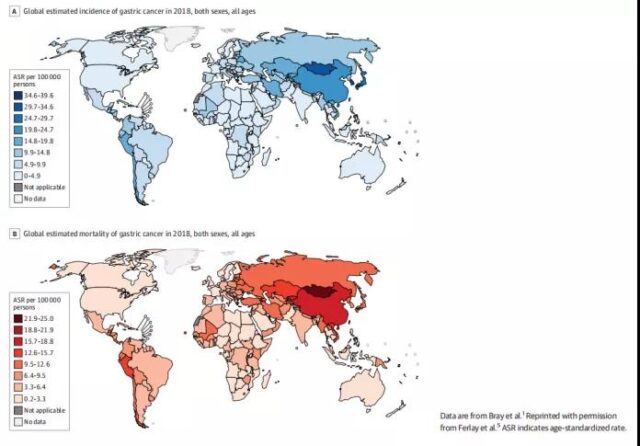 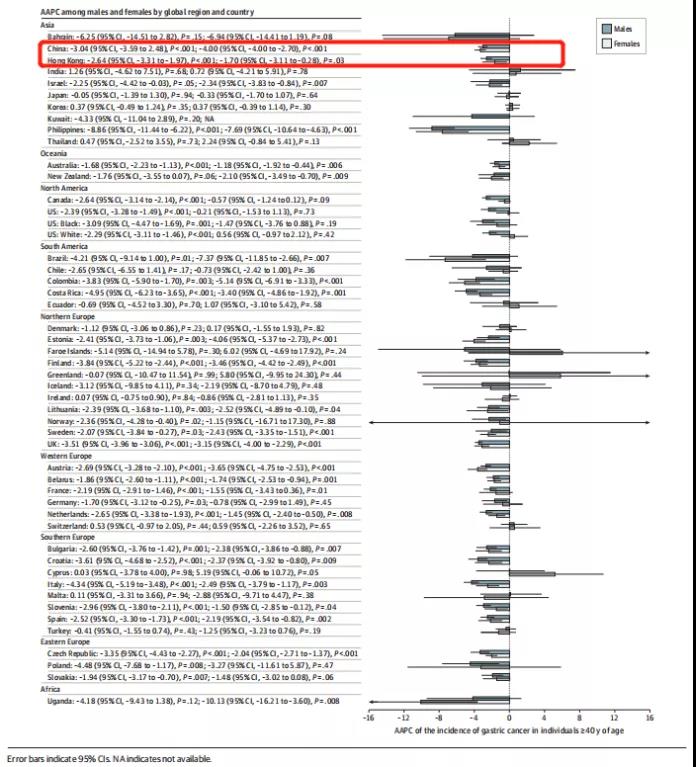 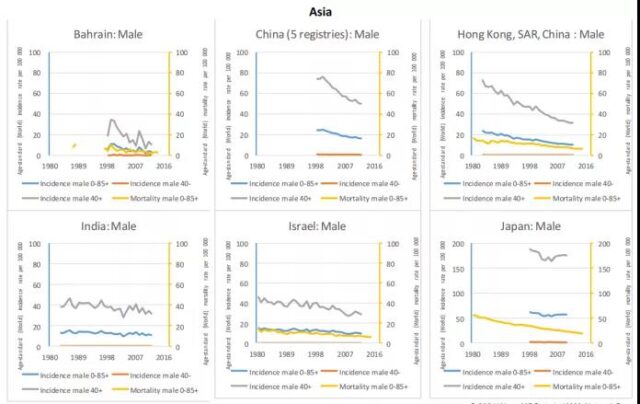 In this population-based cohort study, the increasing incidence of gastric cancer among young people in some countries was observed, which highlights the need for more prevention strategies among young people. Future research should further explore the reasons for these epidemiological trends.