Science: The genetic code for weight control has finally been found!

Science: The genetic code for weight control has finally been found!  Science’s latest achievement, in order to “uncover” the obesity gene, the researchers used the large-scale DNA exome sequencing of 645,626 people to reveal the unknown “gene code” in the biology of human obesity that affects BMI. 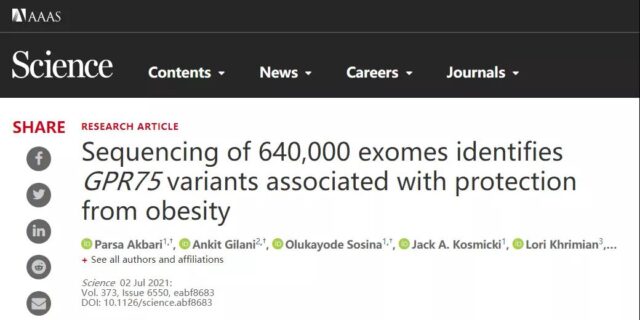 According to statistics, there are currently about 3 billion people in the world who are overweight or suffering from obesity. As we all know, obesity can bring dyslipidemia, type 2 diabetes (T2DM), high blood pressure, etc., and these series of health problems are risk factors for cardiovascular diseases (CVDs). Therefore, obesity will also independently affect the development and death of cardiovascular diseases. 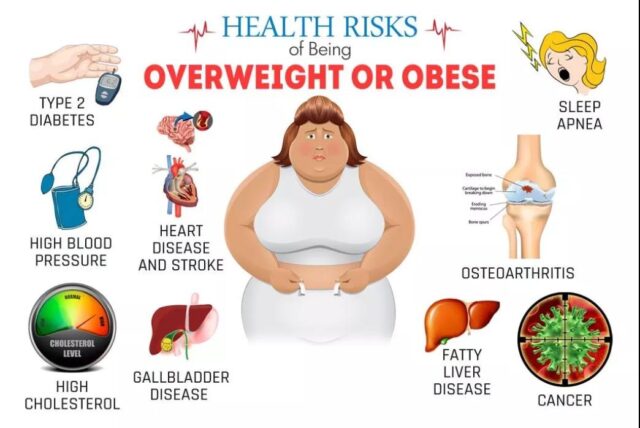 Figure The dangers of obesity

Just recently, the Center for Regenerating Metagenetics and researchers from New York Medical College, Duke University, University of Pennsylvania and other universities jointly published a research paper in Science titled: Sequencing of 640,000 exomes identifies GPR75 variants associated with protection from obesity. Researchers sequenced more than 600,000 exons from the United Kingdom, the United States and Mexico and found 16 rare coding variants.

Through the results of sequencing and analyzing the exomes of the three cohorts, the authors identified and found that rare non-synonymous variants in the exons of 16 genes were associated with genome-wide BMI (body mass index). Five of the 16 genes have aroused the interest of researchers. These five genes are the previously mentioned GIPR, GPR151, MC4R, GPR75 (G protein-coupled receptor 75), and CALCR (calcitonin receptor). They are widely used. Five G protein-coupled receptors (GPCRs) expressed in the brain and central nervous system. GPCRs is the largest class of drug targets in the human genome.

Among these 16 genes, there are two genes MC4R (Melanocortin 4 receptor) (published in Cell Journal) and PCSK1 (Proprotein convertase subtilisin/kexin type 1) are known to be related to the cause of monogenic obesity. There are two genes GPR151 (G Protein-coupled receptor 151) and rare coding gene variants of GIPR (Gastricinhibitory polypeptide receptor) have been found to be associated with BMI.

The GPR75 gene encodes a GPCR that is highly expressed in cross-species brains, and in the authors’ exome analysis, this GPCR is the most effective association with lower BMI (Figure 1). A truncated variant of the protein in GPR75 was found in about 4/10,000 sequenced populations, and the risk of obesity in heterozygous carriers was reduced by 54%.

Furthermore, in order to further explore the function of GPR75, the authors knocked out Gpr75 in a mouse model of obesity induced by a high-fat diet. The authors found that knocking out Gpr75 can resist high-quality diet-induced obesity and prevent abnormal glucose and insulin metabolism caused by high-fat diet in mice. Moreover, the lack of one copy of Gpr75+/- mice will reduce their body weight by 25%, while the lack of two copies of Gpr75-/- will cause a 44% weight loss, and the lack of Gpr75 will also cause leptin/adiponectin The ratio is significantly reduced (Figure 2). 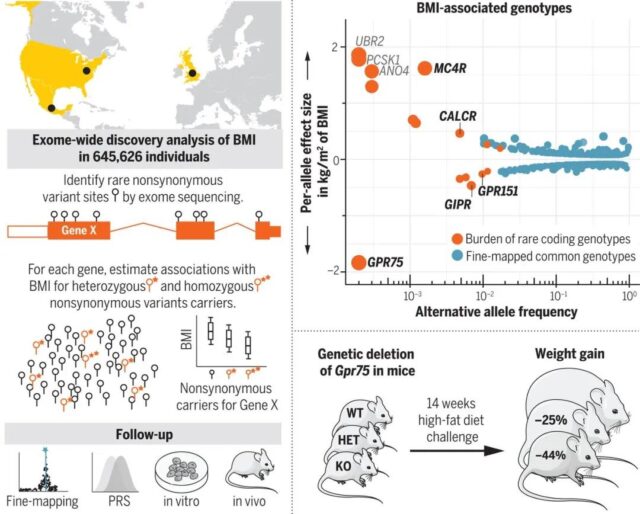 These results show that large-scale exome sequencing has a very statistical ability to identify large-effect coding variant associations and drug targets of complex traits, and inhibiting the GPR75 gene is a strategy for the treatment of obesity and new drug development. hand”.

This article was not only published in the Science Journal [1], Science Journal also published a viewpoint article (PERSPECTIVE) which highly praised the article [2], calling it “discovered the gene for weight control”. For this work, this It will bring a deep understanding of the genetics behind human obesity. 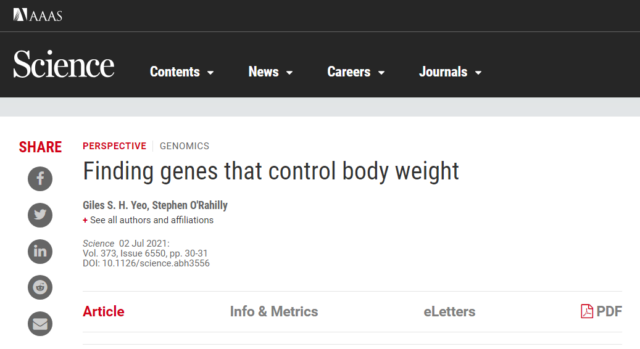