Nature Sub-Journal: Antihypertensive drugs are expected to assist in the treatment of cancer and prevent cancer cells in the lymph nodes from escaping

Antihypertensive drugs are expected to assist in the treatment of cancer.  Lymph nodes are essential for the body’s immune response to fight tumors, but paradoxically, cancer cells that have spread or metastasized to lymph nodes can often be prevented from being eliminated by immune cells. What are the specific reasons behind this immune escape phenomenon? Can provide new methods for cancer treatment?

By understanding how cancer cells render lymph nodes ineffective, we hope to help lymph nodes produce an anti-cancer immune response, which will help fight cancer cells everywhere in the body.

With the development of cancer, lymph nodes are often the first place where cancer invades. Our immune system can attack and kill cancer cells. But how do the lymph nodes of the organ that produce the immune response allow cancer cells to survive and accept them instead of attacking them? 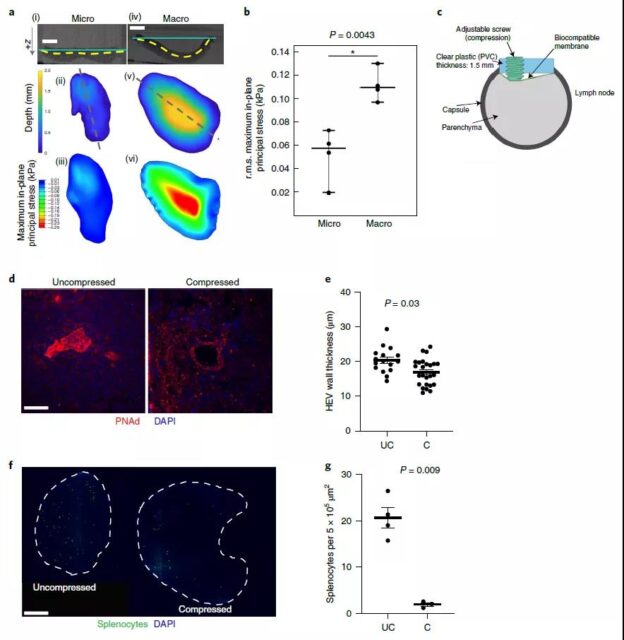 In addition, the research team also found that using the antihypertensive drug losartan to relieve solid stress can promote blood flow and the number of T cells in lymph node metastasis, indicating that relieving solid stress is a potential strategy for improving T cell entry into tumors. 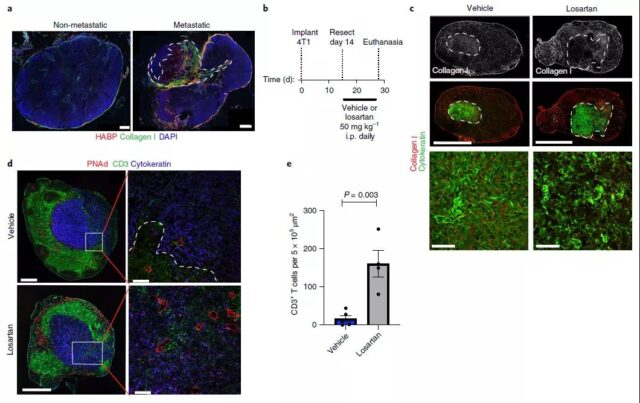 The research team said that this study raises many new and important questions, such as whether losartan combined with immunotherapy will cause metastatic cancer cells in the lymph nodes to be killed by T cells and be eradicated? In addition, will this lead to a powerful systemic anti-cancer immune response, thereby helping to eliminate cancer from the entire body? Finding the answers to these questions may lead to new treatment strategies for patients with metastatic cancer.