Since 2017, there have been 5 CAR-T cell therapies on the market, and CAR-T therapies have shown significant effects in B-cell malignancies. Previous clinical trials have shown that its objective remission rate for B-cell lymphoma is 50-80%, and its complete remission rate is 30-50%. The NCCN guidelines also recommend CAR-T therapy for patients with diffuse large B-cell lymphoma (DLBCL) who have achieved partial remission after second-line treatment and patients who have relapsed or progressed after complete remission after second-line treatment.

CAR-T therapy is usually associated with potentially fatal toxicities, including cytokine release syndrome (CRS) and neurotoxicity, especially in the case of high tumor burden. In addition, high tumor metabolic volume has been identified as a predictor of early progression of diffuse large B-cell lymphoma (DLBCL) in CAR-T treatment. Therefore, prior to the start of CAR-T treatment, intensive chemotherapy can reduce tumor burden and improve the effect of CAR-T treatment.

Recently, the team of Chief Physician Deng Qi of the First Central Hospital Affiliated to Nankai University published a title in Frontiers in Oncology (IF=6.244): Intensive Debulking Chemotherapy Improves the Short-Term and Long-Term Efficacy of Anti-CD19-CAR- Clinical research paper of T in Refractory/Relapsed DLBCL With High Tumor Bulk.

Since many patients with refractory/relapsed (R/R) diffuse large B-cell lymphoma (DLBCL) with large tumors can temporarily reduce their tumor burden after intensive chemotherapy, the research team speculates that reducing the patient’s tumor burden can Improve the effect of anti-CD19-CAR-T cell therapy.

The research team recruited 57 patients with refractory/relapsed (R/R) diffuse large B-cell lymphoma (DLBCL) to participate in this clinical trial, of which 15 patients with high tumor burden received only cytoreductive chemotherapy. The remaining 42 patients received CAR-T cell therapy (17 patients with low tumor burden were directly treated with CAR-T, and they served as a control group). 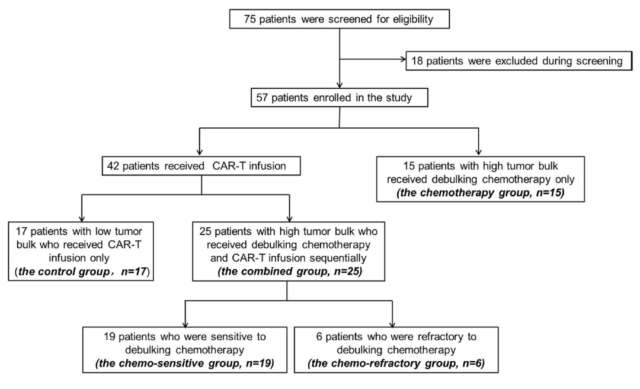 As a control group, the objective remission rate of 17 patients with low tumor burden who directly underwent CAR-T cell therapy was 88%. The complete remission rate was 59%. 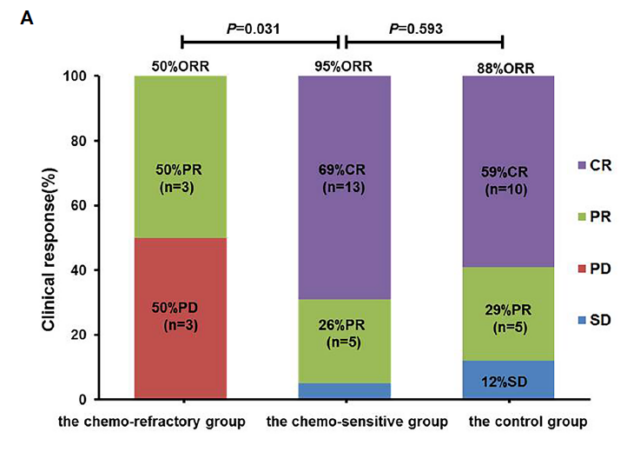 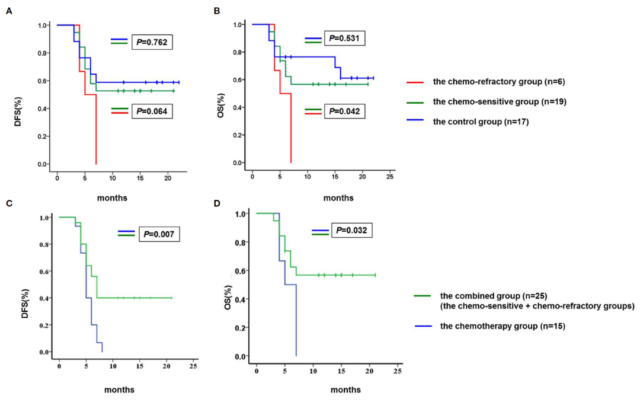