According to the latest statistics from Johns Hopkins University, At 9:22am on November 1, the number of deaths from COVID-19 pneumonia in the world has exceeded 5 million, reaching 5,003,021 as of November 1. In addition, a total of 246,889,661 cases of COVID-19 have been confirmed globally. 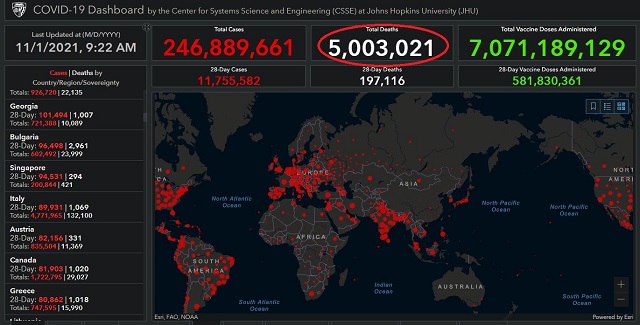 The picture shows a screenshot of the Johns Hopkins University website.

Among them, the cumulative number of confirmed cases in the United States reached 45,970,881, and the cumulative number of deaths reached 745,836. As the winter approaches and the temperature drops, people are increasingly choosing indoor activities, and the infection rate of the new coronavirus in some colder states in the United States is also rising.

Media previously stated that the average number of new confirmed cases per day in October in Colorado has almost doubled compared with the end of September. In addition, the number of patients admitted to hospital for the COVID-19 in Alaska, Maine, and New Hampshire has also increased significantly in the past two weeks. 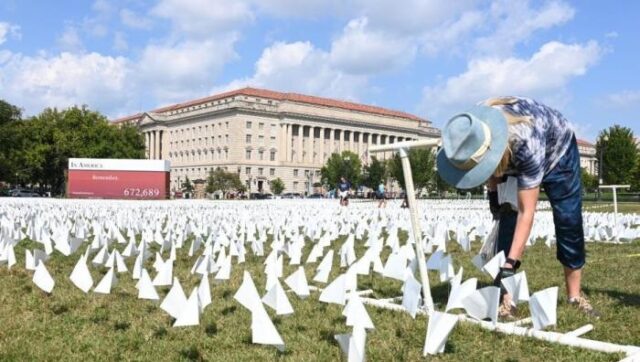 On September 18, hundreds of thousands of white flags were planted on the National Mall in Washington, DC to mourn the death of the COVID-19.

Health Experts believe that the winter epidemic is expected to worsen again. Albert Gao, a professor of epidemiology at Yale University’s School of Public Health Symbiosis, said that about half of the world’s population has not yet been vaccinated against coronavirus, and the proportion of vaccinations in some countries is very different.

According to the report, he called on countries to strengthen cooperation, such as sharing vaccines through the WHO’s “Global Coronary Disease Vaccine Implementation Plan” (COVAX), while expanding the scale of vaccine production to ensure that everyone can be vaccinated.