The high-fat diet will make you fat first and then make you to lose teeth….

Oral problems are never a trivial matter. Like periodontitis, it is a serious gum disease. It damages soft tissues and destroys the bones that support the teeth. This will not only cause teeth to loosen or even fall out, but also cause other serious health consequences, including cardiovascular disease.

Cardiovascular disease is known as the “first killer” of human health and is the main cause of death worldwide.

But what causes periodontal disease? It may be due to your oral bacteria , or it may be because you are a fat man.

In this way, in addition to increasing the risk of a series of major chronic diseases, cancer and mental illness, obesity has one more “sin”!

Recently, in a study published in the Journal of Dental Research, researchers from the State University of New York at Buffalo found through animal studies that chronic inflammation caused by obesity may trigger the development of cells that break down dental bone tissue. It then clarifies other chronic inflammations that occur at the same time as obesity, as well as the underlying mechanisms behind bone loss. 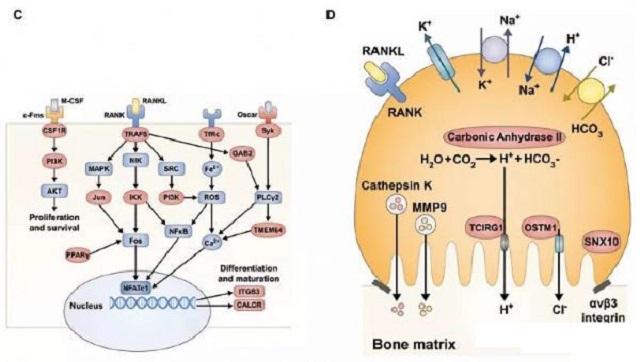 Although obesity has a clear relationship with periodontal disease, early mechanism research mainly focused on changes in immune function caused by systemic inflammation.

Obesity is usually associated with changes in the innate immune response, including the expression of cytokines and chemokines, which seems to be related to long-term hyperglycemia and circulating free fatty acids.

In addition, immune disorders seem to be an important part of the pathogenesis of obesity-related periodontal disease.

The balance between the proliferation and differentiation of myeloid progenitor cells is strictly controlled. When abnormalities occur, the balance of the bone marrow precursor cell population will change.

Myeloid-derived suppressor cells (MDSC) are one of them. They expand during obesity and have powerful immunosuppressive functions.

The bone microenvironment triggers the differentiation of MDSCs into functional osteoclasts, and the main role of osteoclasts is to promote bone resorption, that is, to allow bone loss.

After 16 weeks, the researchers found that compared with the low-fat diet group, mice in the high-fat diet group experienced obesity, inflammation, and a significant increase in bone marrow and spleen bone marrow-derived suppressor cells (MDSC), resulting in osteoclasts The production capacity is significantly enhanced, which also accelerates the loss of alveolar bone (the bone that fixes the teeth) in periodontal disease.

In addition, the researchers also found that the expression of 27 genes related to osteoclastogenesis was significantly increased in mice on a high-fat diet.

Therefore, obesity-induced MDSC expansion is associated with increased destruction of osteoclasts and alveolar bone during periodontitis. These data support the idea that obesity increases the risk of periodontal bone loss.

The researchers said that these findings may shed more light on the mechanisms behind other chronic inflammation and bone-related diseases that occur at the same time as obesity, such as arthritis and osteoporosis.