MEF2 may becomes the new target for Alzheimer’s disease

MEF2 may becomes the new target for Alzheimer’s disease.

With age and aging, many people will develop dementia, such as Alzheimer’s disease. This type of disease has cognitive impairment caused by brain neurodegeneration as its main symptom, which seriously afflicts patients and their families.

However, a small number of individuals with pathological features of neurodegenerative diseases can maintain normal cognition. This ability is called cognitive resilience (CgR).

A large number of studies have shown that environmental stimulation can provide some protection from the effects of neurodegenerative diseases.

Living in a rich, cognitively stimulating environment is the most effective cognitive flexibility inducer known, and the level of education, type of work, number of languages, time spent in reading and crossword puzzles, etc., and a higher degree of cognition Flexibility is related.

On November 3, in a new study published in Science Translational Medicine, researchers from the Massachusetts Institute of Technology found that MEF2 expression increased in patients with cognitive flexibility, which may be an improvement in the recognition of patients with neurodegenerative diseases. A valuable target for understanding obstacles.

First, the researchers analyzed the molecular changes in mice under different environmental abundances.

By comparing mice raised in cages without toys and cages with abundant toys, they found that the expression of MEF2 in the brains of mice exposed to rich environments They are more active, and these mice also perform better in learning and memory tasks.

MEF2 is a transcription factor that plays a role in myocardial and neuronal function and neurodevelopment. 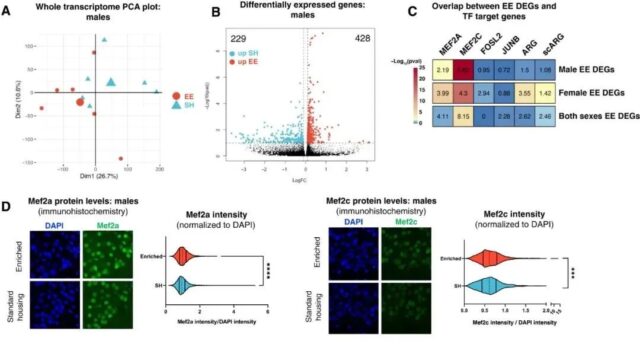 And when the researchers knocked down the MEF2 gene in the frontal cortex of wild-type mice, the mice developed cognitive impairment and could no longer obtain cognitive benefits from the enriched environment, and their neurons became extremely excited. 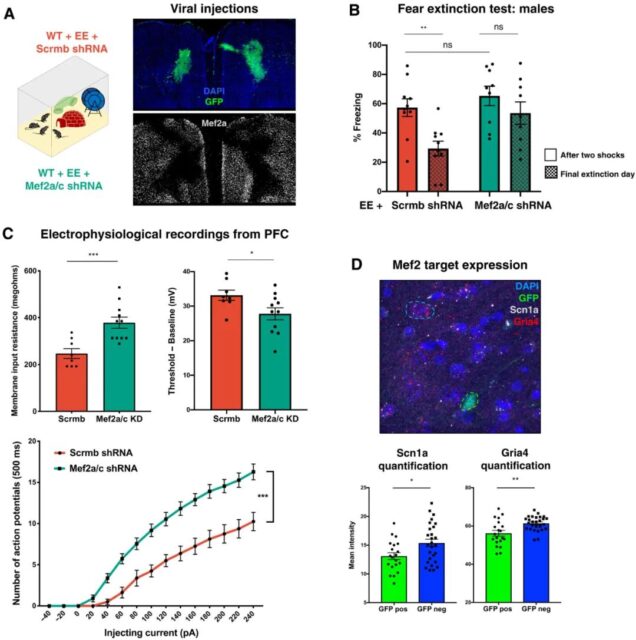 The deletion of the MEF2 gene in the mouse frontal cortex will impair the cognitive ability of the mouse and cause excessive neuronal excitement (Source: Science Translational Medicine)

After analyzing the human data of the two data sets, the researchers found that cognitive flexibility is highly correlated with the expression of many genes regulated by MEF2 and MEF2, including genes encoding ion channels, which can control the excitability of neurons. 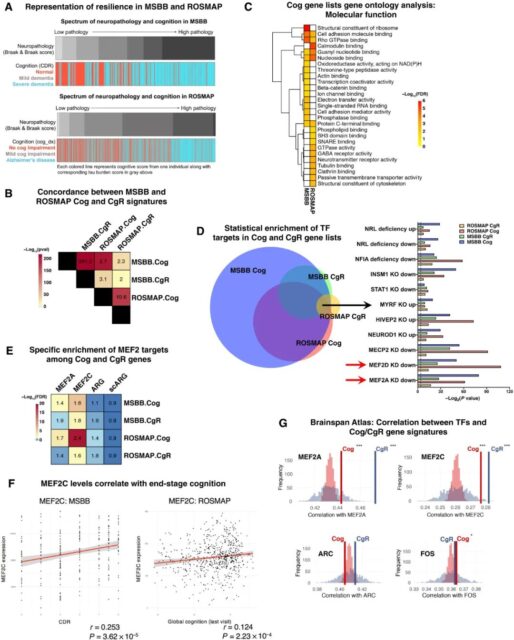 The researchers then explored whether MEF2 can reverse cognitive impairment in a mouse model of tau disease. They found that overexpression of MEF2 can improve the cognitive activity of the mouse model and reduce the overexcitement of neurons. 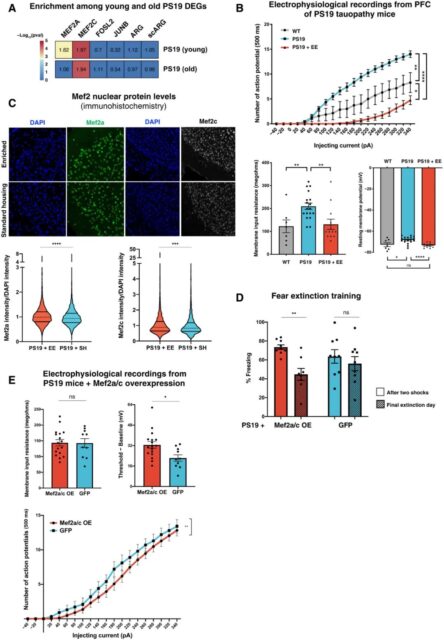 Overall, this study reveals the role of MEF2 in promoting cognitive flexibility, highlighting the potential of MEF2 as a biomarker or therapeutic target for neurodegeneration and healthy aging.