In a new study, researchers from the German Center for Neurodegenerative Diseases (DZNE) and Charité Hospital propose a new study on the treatment of the coronavirus SARS-CoV. -2 New findings on the immune response.

Their research is based on an investigation of antibodies raised by infection with the beta variant of the virus.

They concluded that the Beta variant can confer broad immunity against multiple SARS-CoV-2 strains, which may be beneficial in protecting people from the currently circulating Delta and Omicron variants as well as future SARS-CoV-2 Variant effects.

They believe this aspect should be taken into account when developing vaccination strategies. Related research results were published online in the journal Science on January 25, 2022, with the title “SARS-CoV-2 Beta variant infection elicits potent lineage-specific and cross-reactive antibodies“. 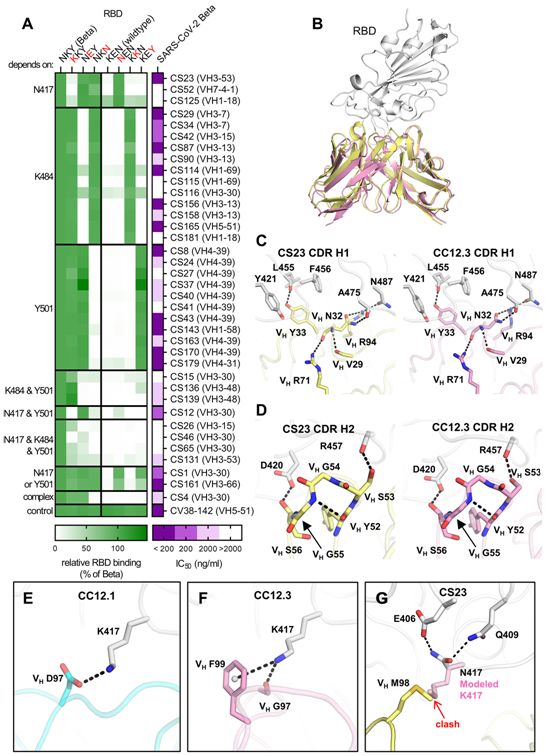 “The beta variant of SARS-CoV-2 shows marked differences from the wild-type (original strain of the virus),” said DZNE researcher Dr. Momsen Reincke, co-corresponding author of the paper. Before the currently dominant Omicron variant emerged , it is the form of the virus that is the most evolutionarily distant from the wild type for which existing Covid-19 vaccines are developed.

We are interested in learning more about the exact antibody response to this variant – to see what we can learn from it What conclusions can be drawn about the immune response to other variants.

Since this coronavirus may continue to mutate, we were interested in whether the antibodies we found were specific to the beta variant or had broader potential.”

Antibodies are proteins that the body uses to fight off pathogens. The human immune system produces an almost inexhaustible array of antibody types by exploiting a variety of mechanisms: in particular, by repeatedly recombining the blueprints of antibody components stored in the genome. “An immune response to SARS-CoV-2 also produces a range of antibodies that bind to different regions of the virus,” Reincke said. “Binding to the so-called spike protein is particularly effective from an immune defense standpoint.

Reproduce in the lab

The findings are based on an analysis of antibodies they isolated from the blood of 40 people.

All patients were infected with the beta variant of SARS-CoV-2. Of the roughly 300 antibodies initially investigated, 81 bind particularly tightly to the virus’s spike protein. Reincke and his colleagues unraveled the genetic blueprint for these antibodies.

This allowed them to understand which genes play a role in the assembly of these antibodies and to artificially produce these immune proteins for further study.

In the process, they benefited from a project funded by the Helmholtz Association: the “BaoBab Innovation Lab”. Within the framework of the BaoBab Innovation Lab, they have developed and refined techniques for the characterization and production of antibodies.

“We tested whether antibodies against the beta variant were also effective against other variants,” said DZNE scientist Jakob Kreye, Ph.D., co-corresponding author of the paper.  Almost doesn’t work.

However, other antibodies are very effective against the original strain and also against some worrying variants.

Some antibodies against the Beta variant are even effective against the Delta and Omicron variants currently in circulation. “

It depends on the binding site

The sites where these specific antibodies bind to the spike protein are in the Beta variant and the Omicron variant. are quite similar in the body, but not the same in the other variants.”

Cross-reactivity may prove to be an important aspect of future vaccinations. Professor Harald Prüss, co-corresponding author of the paper and head of the DZNE research group, said, “Some antibodies against wild type also have broad potency.

This has been described in the literature and studies in our laboratory have shown this.

Combining these data and our current findings, we conclude that antibodies raised against different virus variants can complement each other, thereby collectively increasing the potency of immune responses to emerging variants. The greatest possible diversity in antibody responses appears to be meaningful of.”

Kreye added, “Concurrent or even sequential vaccination against different variants may provide enhanced protection against potentially novel variants of the virus.

This approach may be relevant for further development of vaccination strategies, as this Pathogens will continue to change in the future.”