Recently, the Earth’s poles experienced extreme heat events at the same time, which scientists say is “not a good sign”. 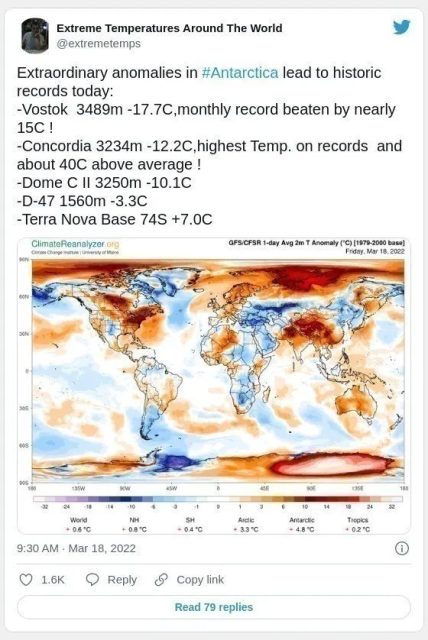 On Friday, data from weather stations in Antarctica broke records by 38 degrees above normal. 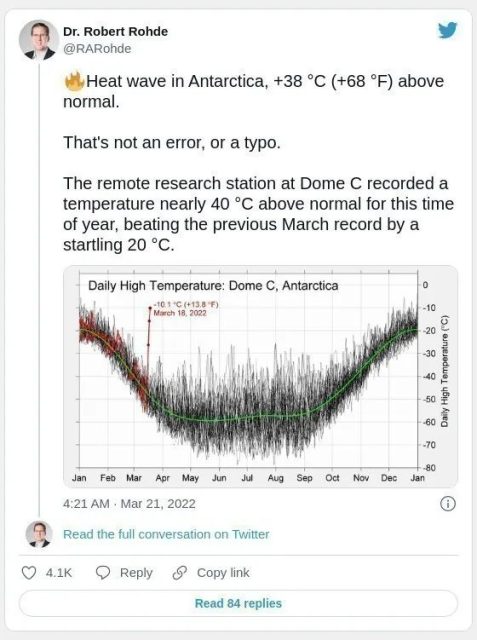 Climate scientist Dr Robert Lord shared the information on Twitter, saying it was not a mistake or a typo. 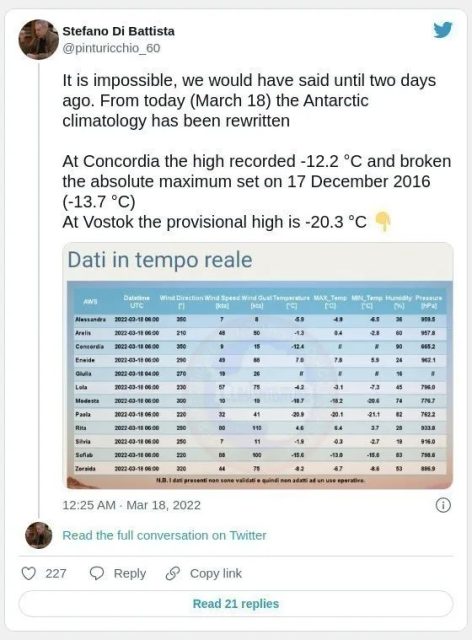 He described the temperature spike as “impossible” and “unthinkable”. 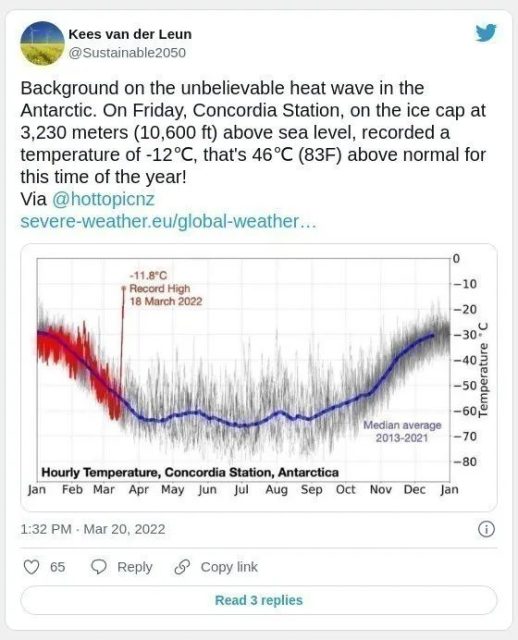 Some locations are even more outrageous, 46°C warmer than the normal temperature for this time of year.

The Snow and Ice Data Center reported that Antarctica recorded the lowest summer sea ice ever recorded, possibly due to “a large atmospheric river” sending warm, moist air south from the Pacific Ocean.

And in the Arctic, which is warming two to three times faster than the rest of the world and considered vulnerable to climate change, warm Atlantic air is blowing north from the coast of Greenland. 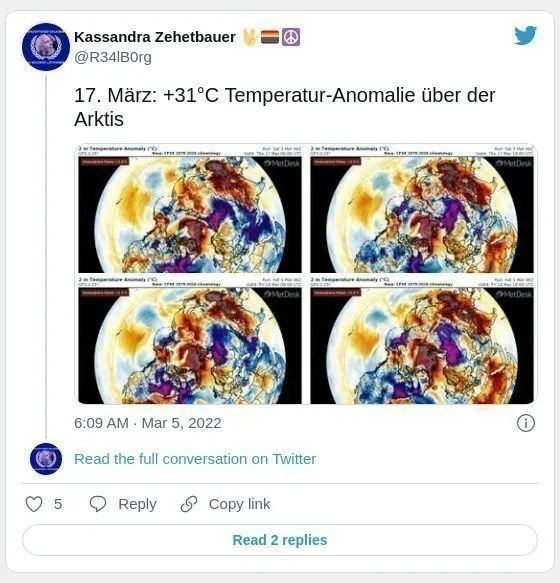 According to data, the temperature in the Arctic is 31 degrees warmer than normal.