In a new study published April 29, 2022 in the journal Cell, Stanford University researchers sternly warn that regular marijuana use is strongly associated with an increased risk of heart attack sex. 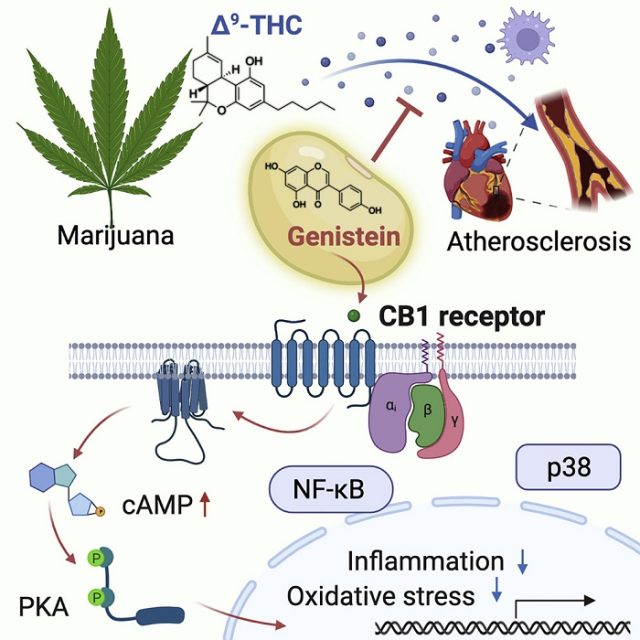 It is reported that the study first analyzed the data of about 500,000 people to reveal the relationship between marijuana use and heart attack.

After controlling for factors such as age, gender and weight, the data showed that the experimental group who smoked more than once a month was much more likely to develop heart disease before the age of 50 compared with the control group who did not smoke marijuana!

As a next step, researchers set out to investigate how marijuana increases this risk, quickly focusing on tetrahydrocannabinol (THC).

It turned out that the ingredient did boost inflammation in lab -grown human endothelial cells—the cells that line the blood vessels and the heart. Inflammation is a key indicator of heart disease.

As more states in the US pursue ‘legalization of marijuana’, we expect to see a surge in heart disease and stroke cases in the coming years.

Studies in human cells and mice have clearly outlined how THC exposure triggers a damaging molecular cascade in blood vessels – it is definitely not a ‘benign’ ‘drug’ component.

The final part of the study looked for molecules that could help block THC’s pro-inflammatory properties without affecting its psychoactive effects.

Given that THC’s primary role is to bind to the CB1 receptor, the researchers thought of harnessing the power of machine learning (ML) to screen among a large number of molecules known to bind to CB1 and block the effects of THC. 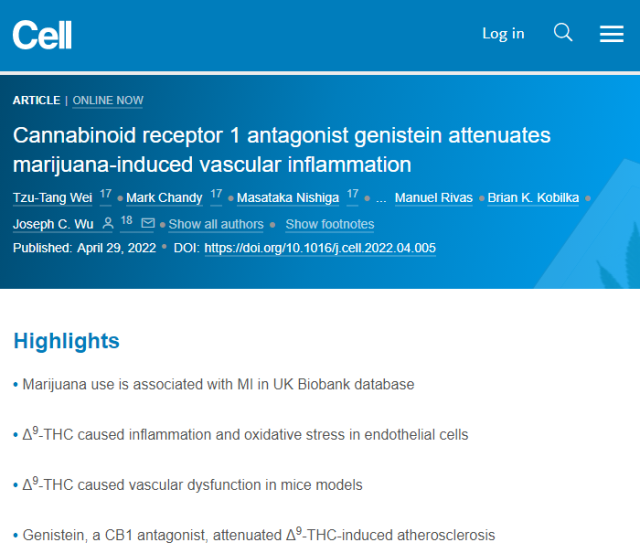 One of the molecules that stood out was a naturally occurring substance called genistein. The genistein, found in soybeans, cannot effectively penetrate the blood-brain barrier.

The researchers speculated that it might be able to block THC’s inflammatory effects on endothelial cells while maintaining THC’s psychoactive effects on the brain, a hypothesis that was confirmed in subsequent mouse studies.

Experiments have shown that genistein reduces endothelial dysfunction in mice without hindering the effects of THC on the animals’ central nervous system.

Chandy added: “Although we have not seen any hindrance to the normal analgesic/sedative effects of THC in mice, the research has some implications for the potential medicinal properties of cannabis.

Genistein may be a safer drug than previous CB1 antagonists, and it has been used in nutritional supplements.

Previous studies have shown that 99 percent of genistein is blocked by the blood-brain barrier, so there should be no particular adverse side effects.

As for genistein’s more precise effects on marijuana users and cardiovascular risk, more thorough clinical trials will be needed to reveal it.

In addition, another key element (CBD) contained in cannabis may also have anti-inflammatory effects against the potential cardiovascular risks of THC.

CBD, on the other hand, is a known known antipsychotic. Balancing the levels of these two cannabinoids in accessible cannabis strains may thus play a crucial role.