Alert: Monkeypox belongs to the same genus of Orthopoxvirus as smallpox.

Cases of monkeypox appear in many countries, belonging to the same genus of Orthopoxvirus as smallpox, a viral zoonotic disease.

On May 18, the U.S. Centers for Disease Control and Prevention (CDC) said in a statement that the agency was working with Massachusetts health officials to investigate a case of monkeypox.

Massachusetts health officials earlier announced that a man who recently traveled to Canada has been confirmed to have monkeypox. This is also the first confirmed case of monkeypox in the United States in 2022.

The patient was admitted to Massachusetts on May 12 with suspected symptoms, Dr. Paul Biddinger, the relevant director of Massachusetts General Brigham, said at a news conference on May18th.

The man was in stable condition after being examined at Massachusetts General Hospital, where it took the hospital and the Centers for Disease Control and Prevention six days to diagnose because the disease is so rare.

Public health is in the process of identifying people who may have been in contact with the man while he was infected.

Bidinger said they are not sure how the patient was infected, and the patient had no history of travel to areas with high monkeypox incidence, no contact with animals, and more likely through close human-to-human contact.

“Historically, it’s a very rare disease, and it’s very rare to spread around the world,” he stressed. He said the patient “has no public health risk” and people should be “aware of symptoms, but not afraid.” .”

Still, Jennifer McQuiston, a senior CDC official, told the health news site STAT on Tuesday: “We do have a level of concern that is very different from what we usually think of as monkeypox.”

In the past two weeks, the United Kingdom, Portugal and Spain have successively reported confirmed or suspected cases of monkeypox.

The virus can also spread from person to person through respiratory droplets, which usually occurs in closed settings, according to the CDC.

The sudden surge in cases has caught the attention of public health professionals around the world. On Wednesday, the World Health Organization said it would send an incident team to Britain to deal with the outbreak.

“This (outbreak) is rare and unusual,” epidemiologist Susan Hopkins, chief medical adviser to the UK Health Security Agency (UKHSA), said in a statement on Monday. 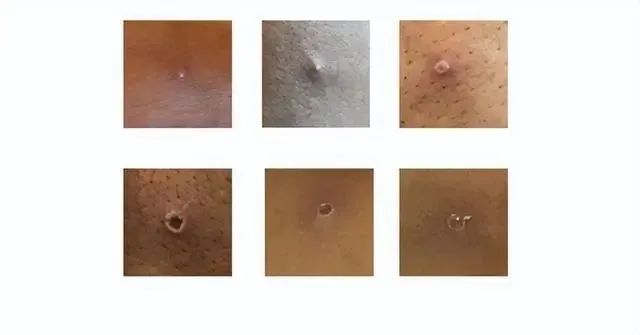 There is a possibility of human-to-human transmission of monkeypox virus, and there is no treatment for the time being

There is a possibility of human-to-human transmission of monkeypox virus, and there is currently no treatment.

According to reports, when humans are infected with the monkeypox virus, symptoms such as fever, sore throat, swollen lymph nodes, and in severe cases, a large-scale rash will appear on the face and body.

Currently, although there is no treatment, it has been established that the smallpox vaccine is also protective against monkeypox.

Shigeru Morikawa, a virus expert at Okayama University of Science in Japan, said that people who have not been vaccinated against smallpox, have underlying diseases, and have low immunity are more likely to develop severe monkeypox.

In addition, the monkeypox virus does not spread through droplets like the new coronavirus, and the chance of global spread is very small. However, in areas where the epidemic occurs, care should be taken to avoid touching wild animals at will.

Monkeypox is a rare infectious disease with a virus similar to the smallpox virus that has been eradicated from humans.

The main carriers of the monkeypox virus are still unknown, and some scientists suspect that rodents or small mammals in Africa play a role in transmission.

In parts of Central and West Africa, people may be exposed to the virus through bites or scratches from rodents and small mammals, preparation of wild game, or contact with infected animals or animal products.

Previously, monkeypox cases were mostly found in Africa, and cases outside Africa were often associated with travel there.

The United States, for example, detected two cases of monkeypox in Texas and Maryland in 2021, both of which were confirmed in the United States after the patient had traveled to Nigeria.

The World Health Organization has previously said monkeypox is generally not easily spread from person to person.

However, the virus can be spread through contact with bodily fluids, monkeypox, or items such as clothing and bedding contaminated with the virus.

The virus can also spread from person to person through respiratory droplets, which usually occurs in closed settings, according to the CDC.

“In general, human-to-human transmission of monkeypox virus does occur through close contact. For example, through respiratory droplets and prolonged face-to-face contact, as well as through direct contact through lesions, or through contaminated bedding or direct contact with clothing contaminated to some extent by lesions,” Dr. Sarimer Sanchez, director of the Bureau of Infectious Diseases at the Boston Public Health Commission, said in an interview with CBS Television.

In a recent press release, the CDC said the agency is tracking multiple monkeypox clusters reported over the past two weeks in several countries where monkeypox is not typically reported, including Portugal, Spain and UK. “It’s unclear how these populations were exposed to monkeypox, but the cases included some people who identified themselves as men who had sex with men.”

“Many reports of monkeypox cases globally have occurred within sexual networks,” Dr. Inger Damon, director of the CDC’s Division of Pathogens and Pathology, said in a news release.

But the CDC also said monkeypox has not been identified as a sexually transmitted disease, but it can be spread through close contact with an infected person, their bodily fluids, clothing or sheets.

It was also reported that seven of the eight cases in the UK had not recently travelled to Africa, suggesting that the patients in these cases contracted the virus in the UK.

The UK Health Security Agency reported on May 17 that the individuals had no contact with a patient known to have travelled to Nigeria.

The agency said the latest cases in the country were “predominantly among men who are gay, bisexual, or have sex with men.”

Mateo.Prochazka, an epidemiologist at the UK’s Health Security Agency, tweeted: “It’s strange that we have cases that appear to have been acquired through sexual contact. This is a new route of transmission that will be a major part of the response to the outbreak. and control have an impact.”

Meanwhile, UK epidemiologist John Hopkins said in a statement from the UK Health Security Agency: “We particularly urge gay and bisexual men to be aware of any unusual rashes or lesions and to contact the health service immediately.”

How dangerous is monkeypox?

The monkeypox virus was first identified in a population of research monkeys in 1958, according to the U.S. Centers for Disease Control and Prevention.

The first human case of the virus was detected in the Democratic Republic of Congo in 1970. Today, most monkeypox infections still occur in Central and West Africa.

Monkeypox usually begins with flu-like symptoms and swollen lymph nodes, and symptoms are often similar to, but milder than, smallpox.

Early symptoms include fever, muscle pain, chills and fatigue. In more severe cases, a rash often appears on the face and genitals, similar to chickenpox and smallpox.

Painful and itchy lesions can form throughout the body, eventually becoming crusted and sloughed off.

People infected with monkeypox typically begin to experience symptoms 7 to 14 days after infection, and the condition usually lasts for several weeks.

Both the World Health Organization and the U.S. Centers for Disease Control and Prevention declare that “while most people recover from the virus, in some cases it can be dangerous and even fatal.”

So far, scientists have identified two forms of the virus: the West African branch and the Congo Basin branch.

The West African branch has a lower fatality rate, with approximately 1% of infections resulting in death.

The World Health Organization says the Congo Basin branch can kill as many as one in 10 infected people.

Dr. Anne.W. Rimoin, a professor of epidemiology at the UCLA Fielding School of Public Health, told USA TODAY that while the data is preliminary, the current outbreak appears to be linked to the less-lethal West African branch. .

Jimmy Whitworth, professor of international public health at the London School of Hygiene and Tropical Medicine, said in an interview with Reuters that the virus’s infection and death toll may not reach COVID-19 levels.

“It’s not going to cause a global pandemic like Covid-19, but it’s a serious outbreak of a serious disease that we should take seriously,” Whitworth said.

What else do we need to be wary of?

In 2003, monkeypox virus was shipped from Ghana to Illinois, USA, along with a shipload of animals. The CDC said on its website that several giant cyst mice and squirrels tested positive for the virus and eventually spread the virus to prairie dogs sold as pets in several Midwestern states.

47 people contracted the disease from prairie dogs. But there was no human-to-human transmission at that time.

In 2019, the U.S. Food and Drug Administration approved the first monkeypox vaccine, which also protects against smallpox.

The vaccine is part of the U.S. Strategic National Stockpile (SNS). In addition, several antiviral drugs appear to be effective.

But the U.S. Centers for Disease Control and Prevention also said there is no proven, safe treatment for monkeypox infection.

UCLA Rimoin, who has done extensive research on monkeypox and other infectious diseases in Central Africa, said in a 2017 interview with NPT that the monkeypox virus may have been infecting people for centuries and even Thousands of years. But for a long time, doctors ignored these cases.

The monkeypox virus is closely related to the smallpox virus. “They are clinically indistinguishable,” Rimoin said. “So for centuries, doctors have likely mistaken monkeypox for smallpox.”

By the 1970s, humans had nearly eliminated the smallpox virus. Doctors in Central Africa are starting to notice another disease that looks like smallpox, but doesn’t spread from person to person like smallpox. This is monkeypox. “

In 2010, Rimoin and her colleagues reported a 14-fold increase in monkeypox cases in the Democratic Republic of Congo since the 1980s, with the incidence rising from less than 1 case per 10,000 people to about 14 cases per 10,000 people example.

There were nearly 4,600 suspected cases in Congo in 2020, according to a study published in February.

Scientists believe that, ironically, this happened because of the eradication of smallpox. The smallpox vaccine protects people well from monkeypox and is about 85 percent effective.

(Though the smallpox vaccine does have some safety concerns, as it is a live virus that can cause fatal infections in people with severely deficient immune systems).

But after the world eradicated smallpox, countries stopped vaccinating children against smallpox.

Jay Hooper of the U.S. Army Medical Research Institute of Infectious Diseases said in the same 2017 interview with NPT that for those who had been vaccinated against smallpox a few years ago, the vaccine’s protective effects may weakened over time.

“There are more and more people who are not immune to monkeypox,” he said. “When there is an outbreak, it’s probably bigger, and you never know what’s going to happen as the virus spreads from animals.”

The new outbreak in Europe could be a sign that the virus has changed — if only a little — and could increase its ability to spread among people.