A total of 548 (95%) of the 576 drugs that were first marketed between 2008 and 2021 were included in the study, 3 diagnostic drugs and 25 drugs for which annual prices could not be estimated were excluded.

The most expensive drugs are rare disease drugs and oncology drugs, with a median price of $168,441/year and $155,091/year, respectively. 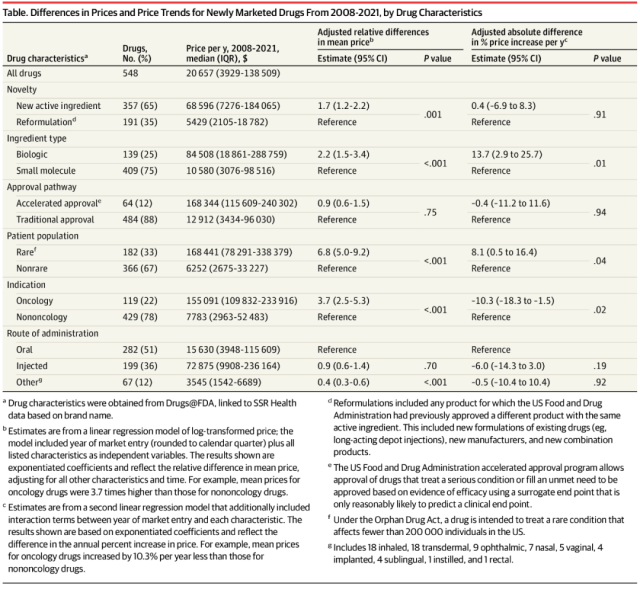 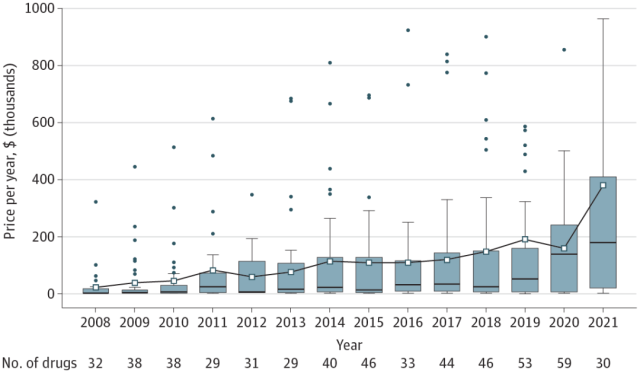 The article said that new drug price growth trends outpaced other medical services, and that manufacturers routinely raise prices over time after a drug is on the market.

In response to current trends, the U.S. could stop allowing drug makers to set prices freely and follow other industrialized nations in negotiating drug prices when they come to market.