Probiotics can support the effects of antidepressants and help relieve depression

Probiotics can support the effects of antidepressants and help relieve depression.

Depression is a fairly common problem in modern society. The gut microbiome plays an important role in health — including mental health. 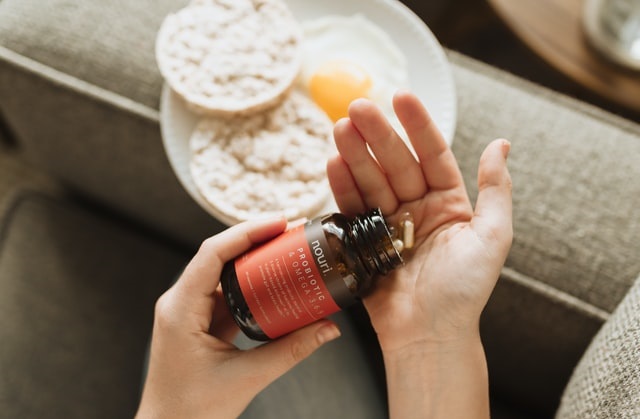 Perhaps surprising to many, scientists have just discovered that the gut microbiome, the trillions of bacteria and other microbes that live in the digestive tract, can influence depression.

This is not as strange as it sounds, however, as your gut microbiome is known to play an important role in health and may be linked to weight loss, autism, COVID-19 severity, ALS, and drug safety and efficacy .

When Winston Churchill was visited by his “black dog”, he could barely get out of bed. He has no energy, no interest, and no appetite.

Although the British Prime Minister did not invent the metaphor of depression, he was the one who popularized it.

Experts use drugs and psychotherapy to try to help patients get rid of the “black dog,” but it persists in some people. Therefore, researchers are looking for ways to improve existing treatments and develop new ones.

One promising approach is the microbiome-gut-brain axis. The microbiome is generally understood as all the microorganisms that live in or on the human body, such as the gut flora. And gut bacteria can affect the nervous system.

In a recent study, a research team from the University of Basel and UPK showed that probiotics can support treatment with antidepressants. They report their findings June 3 in Translational Psychiatry.

We know from previous research that people with depression have higher than average rates of gut and digestive problems.

If the gut microbiomes of depressed patients were implanted into mice raised under sterile conditions — that is, without gut microbiota — the animals also exhibited depression-like behaviors.

For example, they have less energy and less interest in their surroundings than their peers. The researchers therefore suspect that the composition of bacterial communities in the gut plays an important role in depressive symptoms.

Researchers led by Dr. André Schmidt and Prof. Undine Lang systematically investigated the effects of probiotics on people with depression.

All participants were hospitalized patients with UPK who received probiotics (21 subjects) or placebo (26 subjects) in addition to antidepressants for 31 days.

During the entire study period, neither the participants nor the researchers knew which formulation the subjects were taking.

The researchers conducted a series of tests on the participants immediately before treatment, and again at the end of the 31 days and again after 4 weeks.

Subsequent analyses showed that, despite only general antidepressant treatment, depressive symptoms decreased in all participants, but those in the probiotic group had greater improvements than those in the placebo group.

In addition, their gut microbiota composition changed, at least temporarily: in the probiotic group, analysis of stool samples showed an increase in lactobacilli at the end of treatment — an effect that was accompanied by depressive symptoms reduction.

However, levels of these health-promoting gut bacteria dropped again over the next four weeks.

Anna-Chiara Schaub, one of the authors of the study, explained: “It may be that the four-week treatment period was not long enough and that the new composition of the gut microbiota took longer to stabilize.”

Another interesting effect of taking probiotics was on brain activity when looking at neutral or fearful faces.

Certain brain regions used for emotional processing behave differently in people with depression than in people who are mentally healthy.

After four weeks of probiotic use, this brain activity returned to normal in the probiotic group, but not in the placebo group.

“Although the microbiota-gut-brain axis has been the subject of research for many years, the exact mechanisms have not been fully elucidated,” says Schaub.

This is another reason why researchers think it’s important to use a broad range of bacteria in the form of probiotics , such as formulas already on the market.

The researcher continued: “With further understanding of the specific effects of certain bacteria, it may be possible to optimize the selection of bacteria and use the best combination to support the treatment of depression.”

However, she emphasized that probiotics are not suitable as a The only cure for depression.

Probiotics can support the effects of antidepressants and help relieve depression