Study: Infection with COVID-19 may increase risk of Parkinson’s disease

Study: Infection with COVID-19 may increase risk of Parkinson’s disease.

The new coronavirus can increase the sensitivity of mouse brains to a toxin that causes the death of nerve cells seen in Parkinson’s disease, according to a recent study.

Patients with COVID-19 often report symptoms such as brain fog, headaches, and insomnia.

These neurological complications following viral infection are not new, in fact, it took nearly a decade for patients to develop a neurological disorder known as “back-of-the-brain Parkinson’s disease” after the 1918 influenza pandemic. 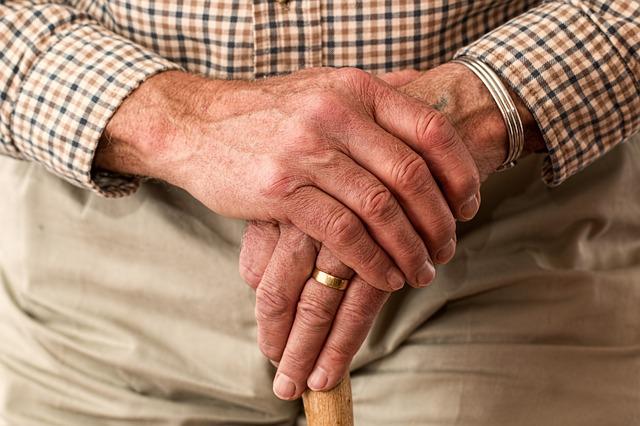 In a recent study in mice, Jefferson and colleagues demonstrated that the SARS-CoV-2 virus that causes the COVID-19 pandemic can increase the likelihood of brain degeneration found in Parkinson’s disease.

Dr Richard Smeyne, lead author of the study, said: “Parkinson’s disease is a rare disease that affects 2% of the population over the age of 55, so the increased risk is not necessarily a cause for panic. But understanding how Covid-19 affects the brain can help us prepare for the long-term consequences of this pandemic.”

The study, published May 17 in Movement Disorders, expands on previous findings from Smeyne’s lab showing that viruses can increase the sensitivity of brain cells or neurons to damage or death.

In previous studies, the researchers found that mice exposed to the H1N1 influenza strain that caused the 2009 influenza pandemic were more susceptible to MPTP, a toxin known to cause some of the characteristic symptoms of Parkinson’s disease, It was most evident in the loss of neurons expressing the chemical dopamine and increased inflammation in the basal ganglia, a brain region critical to movement.

Researchers in Denmark validated the results in humans, showing that influenza more than quadrupled the odds of developing Parkinson’s disease within 10 years of initial infection.

The mice were infected with SARS-CoV-2 and then allowed to recover.

Importantly, the dose used in this study was equivalent to a mild COVID-19 infection in humans, and about 80 percent of the infected mice survived.

Thirty-eight days after the surviving mice recovered, one group was given an appropriate amount of MPTP, a dose that does not normally trigger neuronal loss.

The control group was given normal saline. After two weeks, the researchers examined the animals’ brains.

The researchers found that COVID-19 infection alone had no effect on dopaminergic neurons in the basal ganglia.

However, mice that were given moderate amounts of MPTP after recovering from infection exhibited the typical pattern of neuronal loss found in Parkinson’s disease.

This increased susceptibility after COVID-19 infection is comparable to that reported in influenza trials, suggesting that both viruses may contribute to an equal increase in the risk of Parkinson’s disease.

“We came up with the ‘multiple hit’ hypothesis of Parkinson’s disease — the virus itself doesn’t kill neurons, but it does make neurons more vulnerable to a ‘second hit’ like toxins or bacteria, or even potential genetic mutations ,” said Dr Smeyne.

Both influenza and SARS-CoV2 have been found to cause “cytokine storms,” ​​or overproduction of pro-inflammatory chemicals. These chemicals can cross the blood-brain barrier and activate the brain’s immune cells, microglia.

In fact, the researchers found an increase in the number of activated microglia in the basal ganglia of mice that had recovered from SARS-CoV2 and received MPTP.

Although the mechanism is not fully understood, the researchers believe that increased microglia inflame the basal ganglia and cause cellular stress. This then lowers the neuron’s threshold for subsequent stress.

The study was co-led by collaborator Peter Schmidt, PhD, a neuroscientist at NYU. He noted: “We are concerned with the long-term consequences of viral infection. Dr. Smeyne is a leader in research in this area, and Jefferson is the perfect place to conduct the analysis.”

Now, researchers are planning to determine whether the vaccine can alleviate the experimental increase in Parkinson’s disease associated with previous SARS-CoV-2 infections.

They are also testing other variants of the virus and doses corresponding to milder cases in humans.

While their findings so far support a possible link between SARS-CoV-2 and Parkinson’s disease, Dr. Smeyne noted some important caveats.

“First, this is preclinical work. Given the clinical picture of Parkinson’s disease in humans There seems to be a 5-10 year lag between any changes in performance, and it’s too early to say whether we’ll see the same thing in humans.” He said, though, that this lag could be used to our advantage .

“If it turns out that COVID-19 does increase the risk of Parkinson’s disease, it will be a major burden on our society and our healthcare system. But we can do this by advancing our understanding of potential ‘second hits’ and mitigation strategies to anticipate this challenge.”

Study: Infection with COVID-19 may increase risk of Parkinson’s disease.