On June 30, 2022, researchers at the University of California, Los Angeles, published a research paper entitled: Accelerated aging with HIV begins at the time of initial HIV infection in iScience , a sub-journal of Cell .

The study shows that the HIV virus accelerates the changes in body biology associated with aging in as little as 2-3 years after infecting the human body. 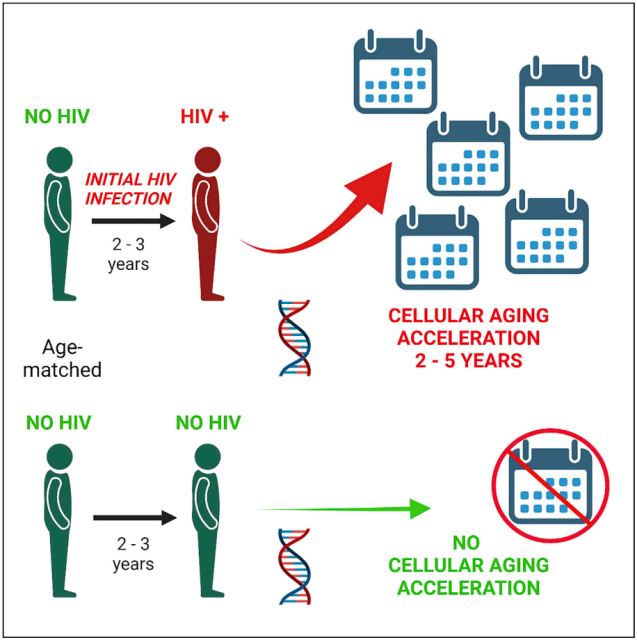 The research team said that the HIV virus initiates the process of accelerating human aging at the DNA level in the initial period after infection with HIV.

This finding underscores the critical importance of early HIV diagnosis and awareness of aging-related issues, as well as the importance and value of preventing HIV infection.

Previous research has shown that the HIV virus and antiretroviral therapy, which is often used to control infections, are associated with the early onset of age-related diseases such as heart disease, kidney disease, frailty and cognitive impairment.

The research team analyzed blood samples collected and stored from 100 men six months or less before HIV infection, and again two to three years after infection.

All were participants in a multicenter AIDS study cohort, a nationwide study that ran from 1984 to 2019. It is also the first study to compare HIV-infected and uninfected people in this way.

The research team focused on how the HIV virus affects epigenetic DNA methylation, a modification that cells use to turn genes on or off during normal physiological changes.

Epigenetic changes are changes that occur in response to the influence of the environment, behavior, or other external factors (such as disease) that do not affect DNA sequence, but affect gene expression through DNA methylation.

The team assessed these participants for five epigenetic changes, four of which are so-called epigenetic clocks, each using a slightly different approach to assessing biological age relative to chronological age, and DNA methylation levels would increases with age.

The results showed that in all HIV-infected people, from pre-infection to 2-3 years after infection, all four epigenetic clocks showed accelerated aging, and the average biological age accelerated by 1.9-4.8 years, and telomeres also shortened.

Over the same time interval, HIV-uninfected participants did not see a similar acceleration in biological age. 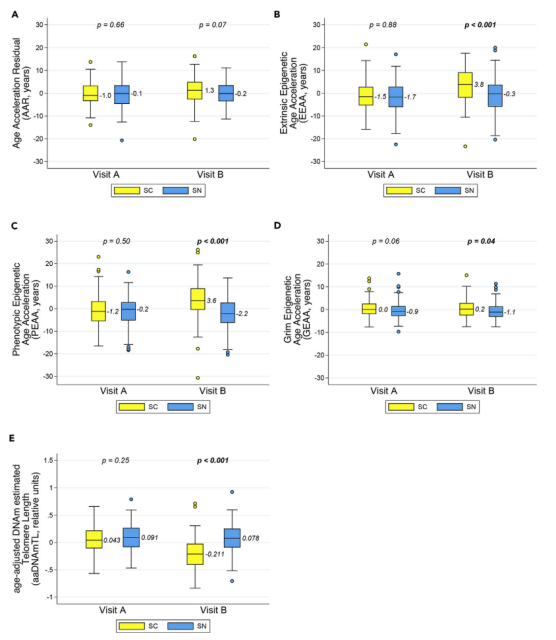 The next goal, according to the research team, is to determine whether these features can predict whether a person is at risk for ageing-related diseases, thereby providing new directions for intervention and treatment.