Have you ever wondered why different parts of your body feel either hard or soft, and what does this mean for your health?

Cell biologists from the University of Turku in Finland and an international multidisciplinary team of scientists have revealed for the first time how tissue stiffness determines cell positioning and regulates all types of cell migration behavior, from neuronal growth cones to malignant cancer cells in the brain Spread in tumors and breast cancer.

As scientific research has progressed, scientists have discovered that while dichotomy (migration of cells toward increased matrix stiffness) is well established, it is unclear whether individual cells can migrate to a softer environment.

Here, with the aid of microfabricated stiffness gradients, we address the notion of directional migration of U-251MG glioma cells to less stiff regions. This “negative durotaxi” is inconsistent with typical mechanosensitive signaling or changes in actin contractility.

Instead, migrating to the “optimal stiffness” region, as predicted by the motor-clutch-based model, the cells can generate the most traction.

As in this model, negative chemotaxis can be selectively disrupted and even reversed by partial inhibition of actin contractility. Conversely, positive stiffness can be converted to negative stiffness by down-regulating Talin, a key clutch component, to reduce optimum stiffness.

Our findings suggest the molecular mechanisms driving context-dependent positivity or negativity, determined by the cell’s contractile and adhesive mechanisms. 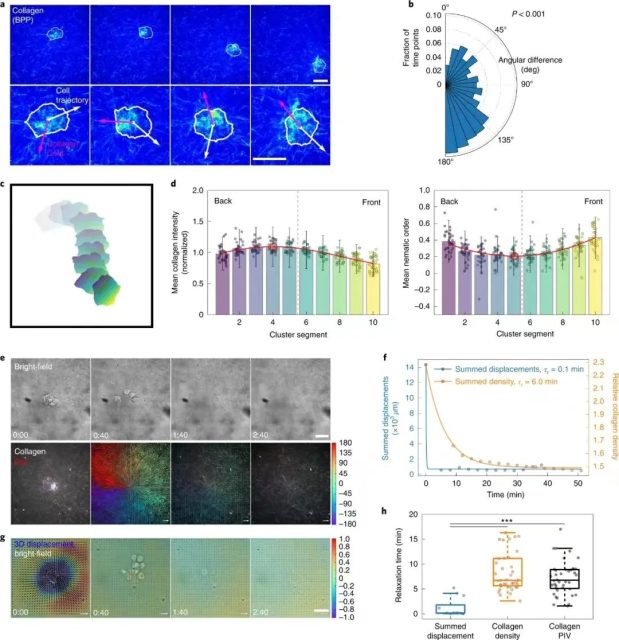 Our bodies are made up of billions of cells, each with a specific task and carefully defined location in the tissue.

Cell positioning is regulated by many factors, including tissue rigidity. Cells are able to detect and sense their environment, and different cell types have different preferences for optimal conditions.

It felt like Goldilocks in a fairy tale trying different beds in the Bears and found that one was too soft, another was too hard, and one was just right.

While this has been known for a long time, it has remained a mystery to researchers how cells are able to steer themselves to their optimal environment.

Ph.D. researcher Aleksi Isomursu said: “The general consensus among scientists is that all cell types prefer a highly rigid environment and migrate to regions of increased stiffness. This process is known as ‘durotaxis’.”

Isomursu continued: “While visiting the University of Minnesota to conduct a research project, I noticed that brain cancer cells grown on alternately stiff engineered matrices showed the opposite behavior of their turning soft.”

Ultimately, the researchers discovered the fundamental mechanism that all cell types use to steer themselves toward their optimal environment.

According to Professor Johanna Ivaska, lead researcher in the laboratory at the University of Turku: “The findings of this study are of great interest to many researchers, and we even considered launching a new term ‘mollitaxis’, towards soft migration.

The identification of cell migration mechanisms provides an explanation for many of the elusive steps in cancer spread to date, such as how cancer cells migrate out of the rigid core of breast tumors.

Meanwhile, the development of this mechanism may have important medical implications in preventing and directing cancer cell migration in the future.