Alzheimer’s disease (AD), commonly known as “Alzheimer’s disease”, is the most common neurodegenerative disease. Patients usually have symptoms such as memory decline, weakened learning ability, and mood regulation disorders. As well as the loss of athletic ability, it greatly affects the development of individuals, families and even society.

A large part of the individual differences in disease risk are driven by genetics. However, some people believe that due to the huge impact of APOE mutations, LOAD is more of an oligogenic disease than a polygenic disease.

However, only a small part of the genetic variation of Alzheimer’s disease has been identified. Increasing the sample size of genome-wide association studies (GWAS) will improve the ability to identify pathogenic variants and may find other pathogenic mechanisms.

The study investigated the genotyping data of millions of people and found 7 new sites, including 2 sites related to frontotemporal dementia, and five sites related to neurodegeneration. Risk genes were prioritized, emphasizing the role of microglia, immune function, and protein homeostasis in Alzheimer’s disease. 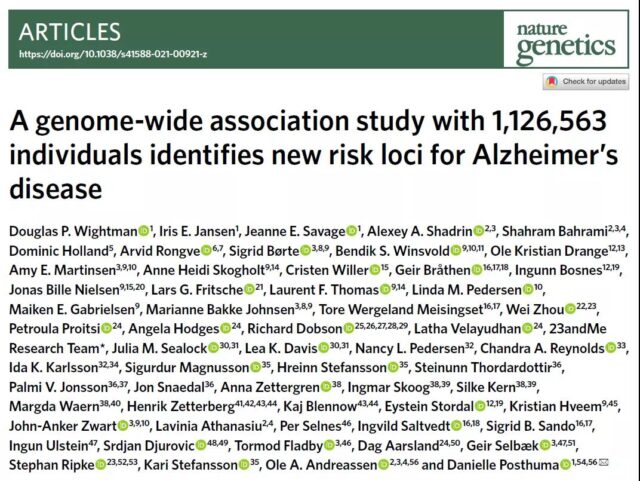 The research team conducted a meta-analysis on the data of 1,126,563 people in 13 cohorts. The 13 cohorts include the International Alzheimer’s Genomics Project (IGAP), deCODE, British Biobank, 23andMe, BioVU, Trøndelag Health Research, DemGene, TwinGene, STSA, [email protected], Gothenburg, ANMerge, and Finngen. 1,126,563 people included 90,338 people who were diagnosed with Alzheimer’s disease or had a family history of the disease, and 1,036,225 controls. 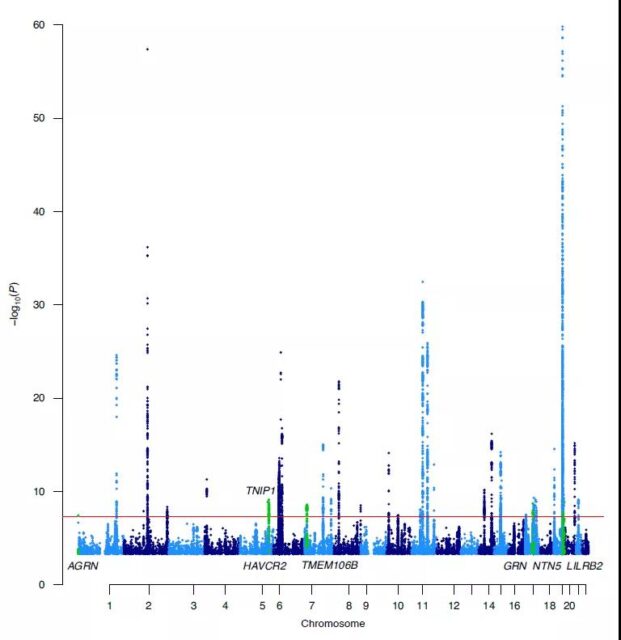 MAGMA tissue-specific analysis identified the spleen as the only GTEx tissue, and single-cell RNA sequencing data suggested that risk genes may be expressed in microglia. Therefore, microglia and immune tissues are potential experimental models for identifying the contribution of risk-related genes to the pathogenesis of Alzheimer’s disease. 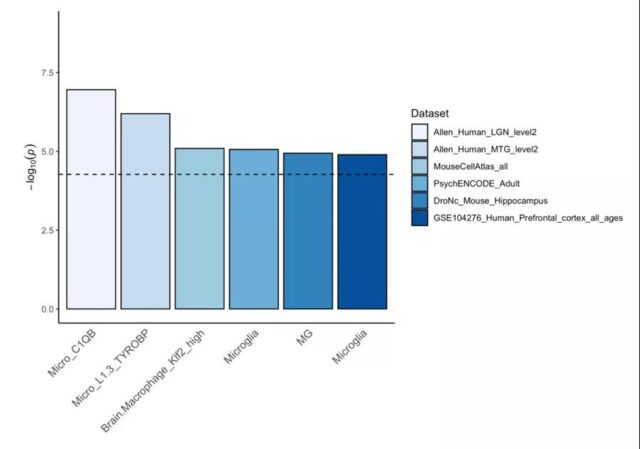 As expected, the genomic risk sites identified in this study are enriched with active chromatin and variant annotations related to gene function. Then the research team made functional annotations.

Based on the location and expression quantitative trait loci (eQTL) information from the brain and immune tissues/cells, they mapped the variant functions to genes and identified 989 genes, which were mapped to 38 genomic risk loci.

In addition, susieR was used for statistical fine mapping to narrow the relevant area.

In summary, this work:

The study also shows that increasing the sample size can identify more new gene loci that cause Alzheimer’s disease.