“Nature” heavyweight: reversing the “cancer king” into a cyst? ! Scientists may have found the key to scientific discovery.

It is already 2022, and pancreatic cancer is still a well-deserved “cancer king”.

The reason why pancreatic cancer is so brutal is that a large part of the reason is that the onset is hidden, and most patients are found at an advanced stage.

Just last month, a study led by a team at the Johns Hopkins Pancreatic Cancer Center found that the majority of pancreatic cancers diagnosed through screening were diagnosed at stage I, and these patients had a better five-year survival rate.

Therefore, in order to remove the “crown” of pancreatic cancer, the key lies in early detection and early treatment. However, early detection is really not easy, otherwise the 5-year survival rate by 2022 is only 11% [1].

So can we change our thinking: If early detection is too difficult, can we “turn back the clock” and bring advanced pancreatic cancer back to the early stage? ! !

This is indeed a bold idea.

Unexpectedly, a research team led by Axel Behrens of the Institute of Cancer Research in London, England, may have really found a way to “turn back the clock” .

It is worth mentioning that Professor He Yulong, Professor Zhang Changhua and Huafu Li from the Center for Digestive Medicine of the Seventh Affiliated Hospital of Sun Yat-Sen University also made important contributions to this research . 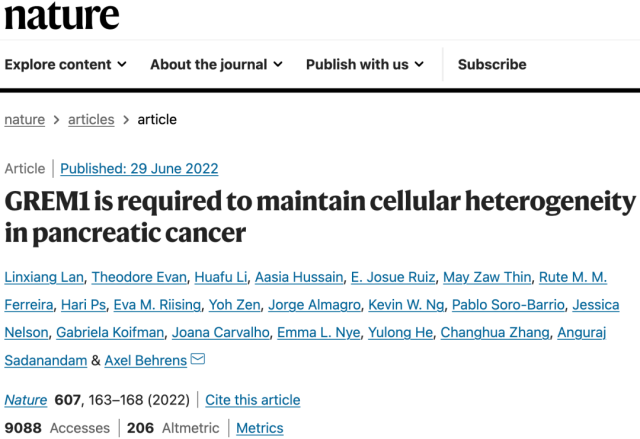 Next, let’s take a look at how scientists discovered the function of GREM1.

These data suggest that inactivation of the Grem1 gene leads to increased malignancy and metastases in pancreatic ductal adenocarcinoma. 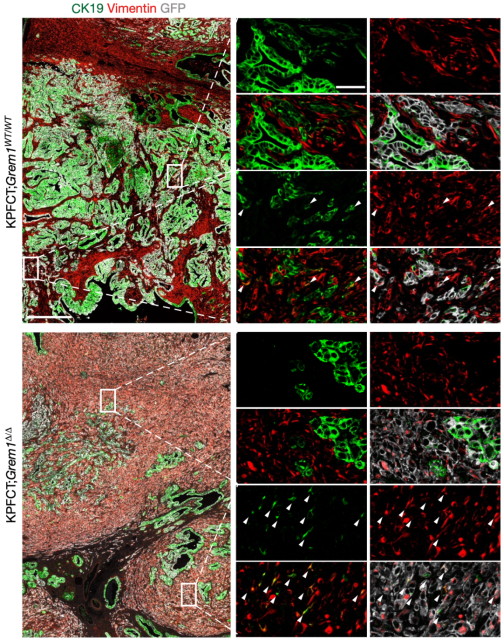 Then it’s time to witness the miracle.

To further verify the function of the GREM1 protein, Behrens’ team overexpressed the Grem1 gene in specific genotypes of pancreatic ductal adenocarcinoma organoids, then transplanted these organoids into mice, and found that those organoids became well -differentiated Cystic tumor , the number of malignant tumor cells is significantly reduced . 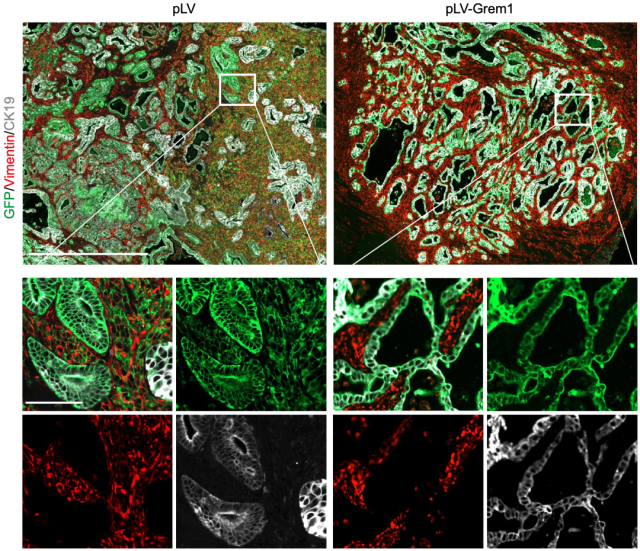 As for the specific molecular mechanism behind it, the Behrens team also conducted in-depth research, and finally found that GREM1 protein affects the progression of pancreatic ductal adenocarcinoma by regulating bone morphogenetic proteins (BMPs), which in turn can regulate the level of GREM1 protein, form a self-inhibitory feedback loop . 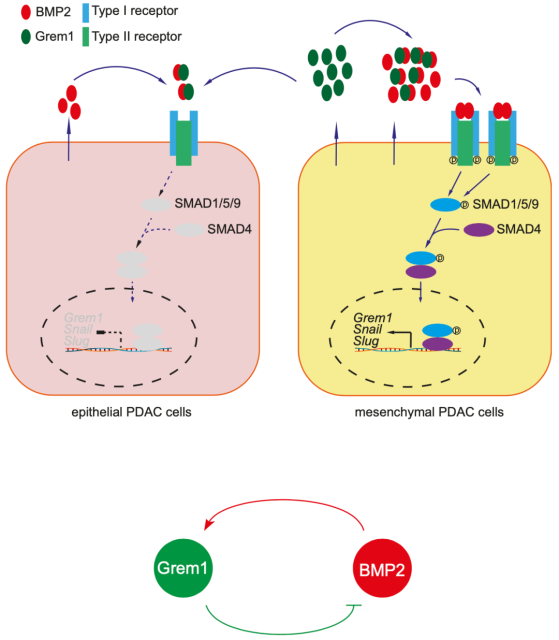 Schematic diagram of the mechanism

Behrens agrees that the work they have done in the lab shows that it is possible to reverse the cell fate of pancreatic cancer, “reversing” time in this aggressive tumor and returning it to a more treatable one status .