Fauci still recovers after taking Paxlovid? The COVID-19 special drug not only has the problem of drug resistance, but also accelerates the mutation of the virus

Recently, Anthony Fauci, director of the Institute of Infectious Diseases of the United States, turned negative after being infected with the new coronavirus and taking Pfizer’s Paxlovid drug for three days. On the fourth day, he returned to positive again, and the symptoms became worse. 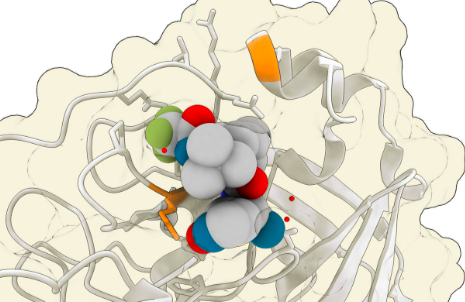 Paxlovid is no stranger to us. It is recognized by many countries as a “good medicine” for the treatment of the COVID-19. So far, it has been put into use in most countries and has cured many people in the process of fighting against the COVID-19.

But the recent emergence of new and highly escaped mutant strains and the latest research showing that the virus has begun to mutate in the direction of drug resistance means that doctors may soon lose one of the best treatments for COVID-19 pneumonia. .

How long can Paxlovid hold out when the new virus develops resistance?

The surge in prescriptions for Pfizer’s blockbuster drug Paxlovid in recent weeks is inextricably linked to the U.S. Food and Drug Administration (FDA) granting Paxlovid an emergency use authorization in December 2021.

According to the U.S. Centers for Disease Control and Prevention (CDC), doctors were only required to write up to 40,000 prescriptions per week for Paxlovid in mid-April 2022, but since then, weekly prescriptions have ballooned to 160,000.

Is the surge in Paxlovid prescriptions a good thing for Pfizer?

In the United States, Paxlovid is by far the most widely used oral antiviral drug for the treatment of COVID-19s.

And Paxlovid has been shown to reduce severe illness caused by the new coronavirus infection, which is undoubtedly good news for many patients with COVID-19 pneumonia.

But a new series of recent studies have shown that increased use of Paxlovid exerts selective pressure on the virus, which helps the virus mutate in the direction that it can survive in the presence of the drug. To this end, “Science” magazine wrote a special report to introduce.

More worryingly, since each infected person produces trillions of copies of the new coronavirus, the virus has many opportunities to use different mutations as it replicates to test its ability to survive. In the process of continuous mutation, it achieves the purpose of evolution to make it less susceptible to the influence of drugs.

And researchers have found that some of these variants are already prevalent among infected people, raising new concerns that doctors may soon be losing one of the best treatments for Covid-19.

In response to this issue, many experts have given their own views.

“When you put pressure on a virus, it escapes,” said David Ho, a virologist at Columbia University.

Although David Ho was not directly involved in this new series of studies, he was one of the first to record HIV drug resistance mutations three years ago, and is currently conducting similar research on the new coronavirus.

So faced with the question of the possibility of the coronavirus mutating, Ho and other scientists think it’s only a matter of time.

Some of these scientists have already found clues about the mutation of the virus:

2. Adam Godzik, a bioinformatics expert at the University of California, Riverside, found in his research that some mutations already exist in people infected with the coronavirus;

3. Jun Wang, a medicinal chemist at Rutgers University, and colleagues published a paper on the bioRxiv preprint platform, confirming that potential resistance mutations are increasing.

If Paxlovid’s resistance variant is only a matter of time, why hasn’t it happened yet? “One possibility is that not enough people are taking Paxlovid to force the virus to mutate,” Wang said. “Another explanation is that resistance may require multiple mutations to allow the virus to bypass Paxlovid’s At the same time, keep it functional and easy to spread.”

So far, Aditya Shah, an infectious-disease specialist at the Mayo Clinic, adds that studies have shown that symptom rebound in patients occurs in only 2 percent or less of those taking the drug, and the rebound does not appear to be due to drug resistance. mutation. “If that’s the case then that’s reassuring,” Shah said, but it also doesn’t prove the virus won’t eventually bypass the drug.

How to solve the problem of drug resistance

In response, the head of Pfizer said that its Paxlovid regimen may prevent the virus from developing resistance. Patients are only given the drug for a short period of time, and are often given available doses “many times higher” than needed to prevent the virus from replicating in cells, thereby minimizing the risk of the virus mutating, company spokesman Kit Longley said.

He believes that giving patients multiple antiviral drugs can help prevent drug resistance, making it difficult for viruses to evolve around different compounds at the same time, a strategy that has proven very effective in treating other viruses, including HIV and hepatitis C. .

Currently, two mainstream new coronavirus antiviral drugs are authorized in the United States, but they each have their shortcomings.

Some scientists warn that “the oral drug molnupiravir has been shown to be much more effective than Paxlovid, but raises safety concerns because it induces random genetic mutations in the virus — which normally prevent the virus from replicating, but may also produce Dangerous new mutation.”

Paxlovid interferes with the virus’s ability to replicate its genome, but it must be administered intravenously.

Recently, a preprint published on bioRxiv showed that the combination of molnupiravir and nirmatrelvir was more effective in fighting Covid-19 infection in mice than the antiviral drugs alone. But this strategy has not been widely embraced by doctors.

Pharmaceutical companies are racing to complete clinical trials of other Covid-19 antiviral drugs, some of which target the virus produced in different locations, but these new drugs are not yet available.

Many researchers, including representatives of the nonprofit Drugs for Neglected Diseases Initiative, complained that Pfizer did not use Paxlovid in trials of combination therapy. Although the company has said it plans to conduct the studies, some are skeptical.

It is undeniable that until more antiviral drugs are launched, Paxlovid will basically maintain its existing status as a “good medicine” for the COVID-19, but sooner or later, it will lose its effect and develop resistance, which is inevitably worrying.