“Cell” paper: Another COVID-19 mutation with specific drug resistance.  Recently, an international research team has studied the role and molecular mechanism of the amino acid changes in the spike protein N439K of SARS-CoV-2 (new coronavirus). Currently, the existence of this mutant virus is not only very common, but also spreads rapidly around the world. The peer-reviewed version of this research was published on January 29 in the journal Cell, a journal of Cell Press. 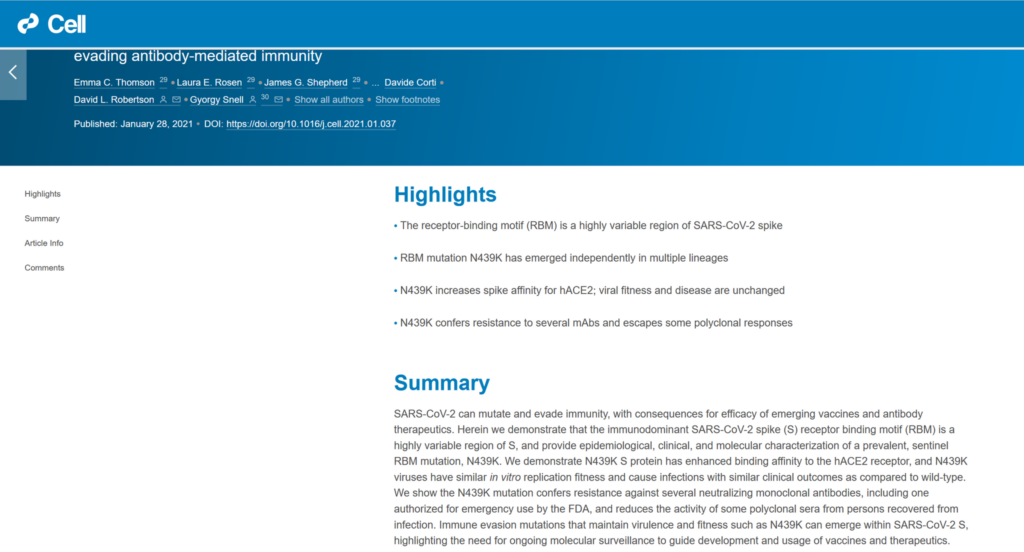 The peer-reviewed version of this research was published on January 29 in the journal Cell, a journal of Cell Press.

The researchers found that the virus carrying this mutation is similar to the wild-type virus in toxicity and transmission ability, but can bind more strongly to the human angiotensin-converting enzyme 2 (ACE2) receptor. Importantly, the researchers found that this mutation is resistant to certain individuals’ serum antibodies and many monoclonal neutralizing antibodies, including those in an emergency treatment approved by the U.S. Food and Drug Administration (FDA). Part.

“This means that the virus has many ways to change the immunodominant domain to avoid immunity while retaining the ability to infect and cause disease,” said Gyorgy Snell, senior author of the paper and senior director of structural biology at Vail Biotechnology on January 29. An important finding of this paper is the degree of variation in the immunodominant receptor binding motif (RBM) of the spike protein.” 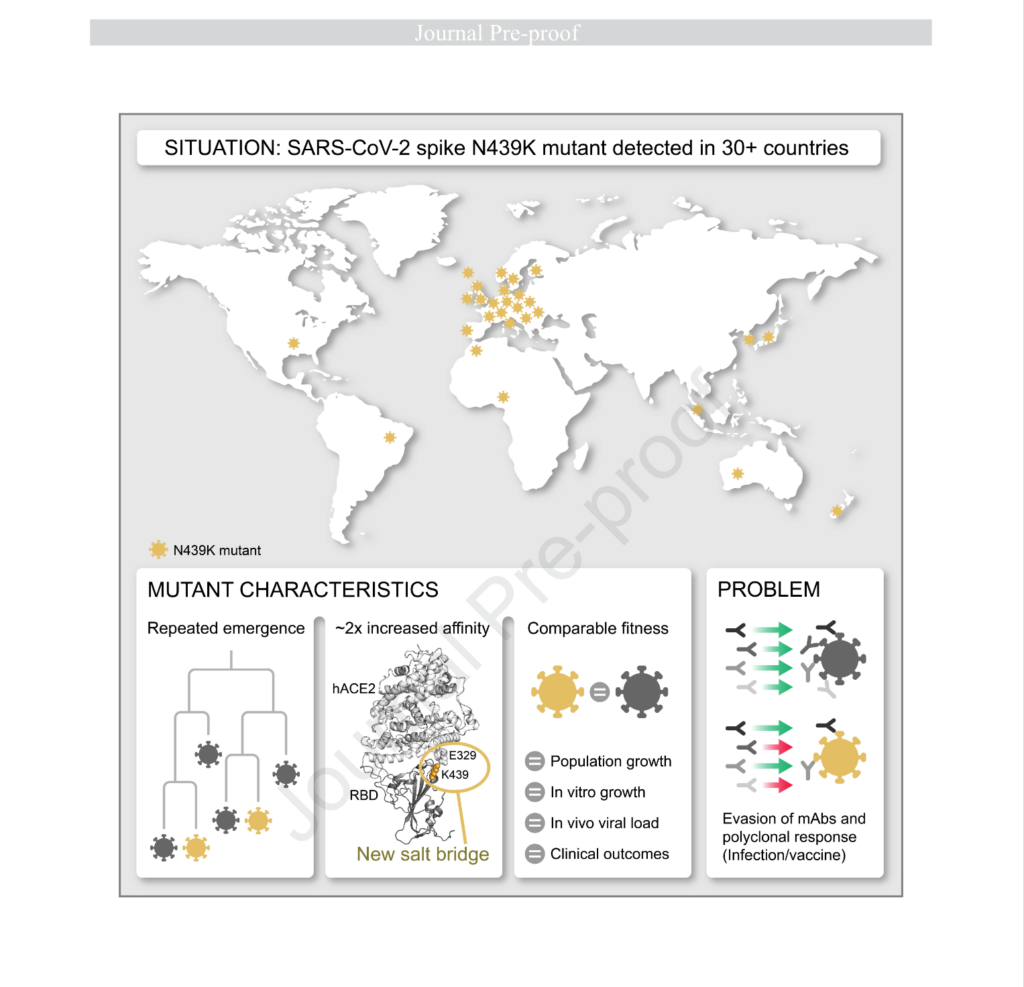 The study also reported the X-ray crystal structure of N439K RBD. “Our structural analysis shows that this new mutation introduces additional interactions between the virus and the ACE2 receptor.” Snell said, “A single amino acid change (asparagine to lysine) can make the ACE2 receptor A new contact point is formed, and the binding affinity has tripled, which is consistent with the measured results. Therefore, the mutation not only improves the interaction between the virus and ACE2, but also avoids antibody-mediated immunity.”

The researchers analyzed the combination of more than 440 polyclonal serum samples from recovered patients and more than 140 monoclonal antibodies to study whether it helped to avoid antibody-mediated immunity and determined that the N439K mutation does not change virus replication. They found that N439K significantly reduced the binding ratio of monoclonal antibodies to serum samples.

Importantly, the N439K mutation makes the pseudovirus resistant to the neutralizing effect of a monoclonal antibody that has been approved by the FDA as part of the double antibody cocktail therapy for emergency use. The researchers say that one way to solve this problem is to use antibodies that target highly conserved sites in RBD. Snell said: “The virus has evolved in many ways, trying to evade the antibody response.”

Snell pointed out that one of the challenges in studying SARS-CoV-2 variants is that the overall number of sequencing currently being performed is limited: more than 90 million COVID-19 cases have been recorded, and only about 350,000 virus variants have been sequenced. “Only 0.4% is just the tip of the iceberg.” He said, “This emphasizes the need for extensive monitoring, detailed understanding of the molecular mechanisms of mutations, and promotion of the development of effective treatments for the current and future variants.”