After several years, even as long as 10 years or longer incubation period The development of AIDS patients will cause the body to lose its immune function. Due to the extreme decline in resistance, various infections will occur. In the later stage, malignant tumors often occur, and even systemic failure leads to death.

According to the United Nations Programme on HIV/AIDS, there are currently 38 million people living with HIV and AIDS worldwide, and more than 35 million people have died accumulatively.

However, an effective AIDS vaccine has not yet been developed, and existing antiretroviral drugs (ART) can only suppress the virus, but cannot clear the HIV virus or cure AIDS.

On July 27, 2022, a research team from the City of Hope in the United States announced that a 66-year-old AIDS patient had been “cured” and became the successor to the ” Berlin Patient “, ” London Patient ” and ” New York Patient “. After that, the fourth patient achieved long-term remission of AIDS through stem cell transplantation .

The 66-year-old patient was diagnosed with HIV in 1988. He said he thought he was sentenced to death at the time. He never expected to live to see the day when he was cured, so he is grateful to his treatment team.

The patient has since developed leukemia , and he received a bone marrow transplant in 2019, 31 years after he contracted HIV, from a donor with a rare genetic mutation, a deletion in the CCR5 gene .

For leukemia patients infected with HIV virus, the cancer cells are first killed by chemotherapy, and the hematopoietic stem cells with CCR5 gene mutation are transplanted.

It is possible to cure the leukemia while making the HIV virus in the patient unable to infect, so as to gradually eliminate the HIV virus and achieve Long-term remission, or even cure, of AIDS.

After a bone marrow transplant, his leukemia and AIDS were in complete remission. He has been off antiretroviral drugs for more than 17 months, and doctors have found no signs of HIV replication.

The patient is also the oldest patient to be cured of AIDS to date, and his cure brings new hope to the elderly who suffer from both AIDS and cancer.

On February 15, 2022, a team of researchers from UCLA and Johns Hopkins University presented an HIV treatment case at the Conference on Retroviruses and Opportunistic Infections (CROI) : A man receiving cord blood stem cell transplantation Female AIDS patients with acute myeloid leukemia have been HIV-undetectable for up to 14 months after stopping AIDS medication.

The study, started in 2015, was designed to observe disease progression in 25 HIV-infected individuals who received CCR5 Δ32/Δ32 cord blood stem cell transplants for cancer, hematopoietic disorders, or other conditions.

The woman had been on AIDS antiretroviral (ART) therapy for 4 years when she was diagnosed with acute myeloid leukemia . After chemotherapy, her leukemia went into remission. Before the stem cell transplant, her HIV was well controlled, but HIV was detectable.

In 2017, she received a CCR5 Δ32/Δ32 cord blood stem cell transplant , and 100 days after the transplant, the stem cells were successfully engrafted, and the HIV virus was undetectable in the body.

At 37 months post-transplant, she stopped antiretroviral (ART) medication. Up to 14 months after stopping treatment, the HIV virus remains undetectable in the patient’s body, that is, stem cell transplantation achieves long – term remission of AIDS.

Prior to this, a total of 2 AIDS patients achieved long-term remission, or “cure” of AIDS through this stem cell transplantation, namely the ” Berlin patient ” and the ” London patient “, the former was a white male, the latter was a A Latino male.

A HIV-infected Hodgkin lymphoma patient who received CCR5 Δ32/Δ32 hematopoietic stem cell transplantation was effectively treated for Hodgkin lymphoma, and at the same time, for up to 30 months, he did not have HIV was detected again. 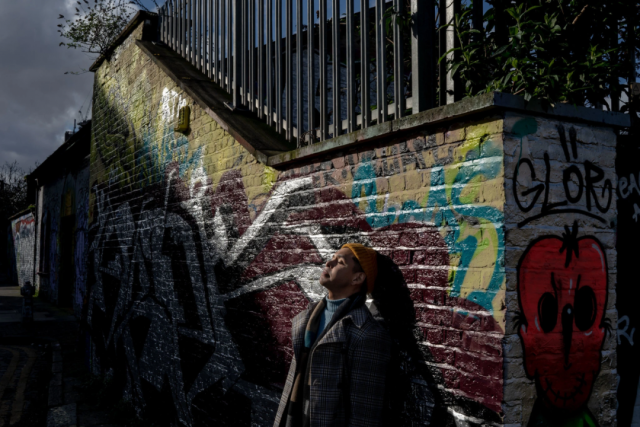 “The London Patient” by Adam Castillejo

On March 10, 2020, the Lancet HIV journal published a paper that after 4 consecutive years of follow-up study of the ” London patient ” after treatment, the improvement of his condition was changed from long-term remission to cure. Announced the emergence of the world’s second cured AIDS patient .

The Berlin patient is widely known, for a long time, he was the only cured AIDS patient on earth, his name is Timothy Ray Brown , who was found to have AIDS in 1995 and has been receiving antiretroviral therapy (ART) ever since.

In 2006, he suffered from acute myeloid leukemia . In 2007, he received CCR5 Δ32/Δ32 hematopoietic stem cell transplantation, which not only cured the leukemia, but also completely disappeared the HIV virus in the body.

After 12 years, he has not detected the HIV virus again, so he is considered to be cured of AIDS. In September 2020, he died of a relapse of leukemia.

For a long time, the Berlin patient was the only AIDS patient to be cured.

In addition, in August 2020 and November 2021, Professor Xu Yu of Harvard Medical School discovered two cases of AIDS patients who had achieved self-healing without stem cell transplantation and other treatments , and called them ” San Francisco patients ” and ” Egyptian patients” respectively. Speranza Patient “.

Both are elite controllers, and their own immune systems are powerful enough to suppress HIV and keep it within safe limits without the need for medication.

These two can be described as the elite of the elite controllers, and the HIV virus has been eliminated by their own immune system alone.

On September 11, 2019, the team of Deng Hongkui of Peking University, the team of Chen Hu of the Fifth Medical Center of the PLA General Hospital , and the team of Wu Hao of Beijing You’an Hospital affiliated to Capital Medical University jointly published a research paper in the New England Journal of Medicine (NEJM) .

This gene editing is carried out on adult hematopoietic stem cells, so it will not affect other tissues and organs and the reproductive system.

This preliminary demonstration of the feasibility and safety of gene-edited adult hematopoietic stem cell transplantation in humans will promote and promote the development of gene editing technology in clinical applications.