As the research surrounding fasting and time-restricted eating continues, we can expect a clearer understanding of when and why is the best time to eat.

This topic is interestingly explored in a study that looked at the effects of ‘preload’ diets based on a hearty breakfast and found that while they did not offer real weight loss potential, they were likely to suppress a full day of weight loss. appetite. 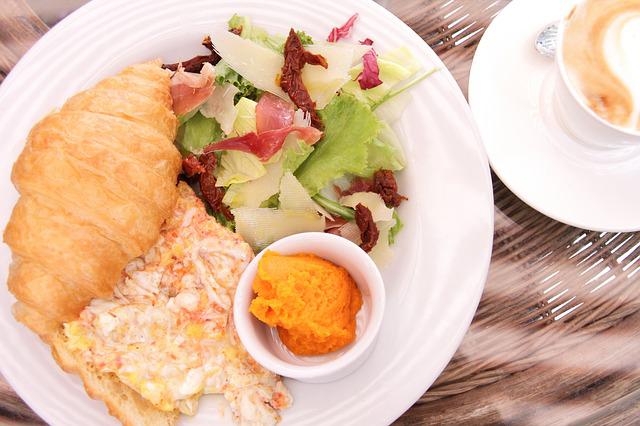 In investigating so-called “preload” calorie consumption, scientists at the University of Aberdeen in Scotland sought to explore the idea that eating most of your food earlier in the day makes it easier to shed fat.

This concept allows people to eat breakfast like a king, lunch like a prince, and dinner like a poor man, and by connecting to circadian rhythms or body clocks, these eating habits can make people’s metabolisms burn calories more efficiently.

Professor Alexandra Johnstone, senior author of the study, said: “There are many myths surrounding eating timing and how it might affect weight or health. This is largely driven by the field of circadian rhythms. But we in the field of nutrition have always wondered about this How is that possible. Where does the energy go? We decided to take a closer look at how the time of day interacts with metabolism.”

To do this, Johnstone and her team recruited 30 overweight or obese subjects, 16 men and 14 women, who were randomized into a morning load group and an evening load group.

Both diets included a roughly equal balance of protein, carbohydrates, and fat, plus a four-week shuffling period to balance caloric intake throughout the day. The subjects then switched and completed the opposite diet over a four-week period.

The scientists tracked the subjects’ energy expenditure through the double-labeled water method, which measures the body’s turnover of hydrogen and oxygen.

The scientists found no difference in energy expenditure or weight loss between the two diets, with subjects losing an average of just over 3kg each time on the four-week diet plan.

In a secondary measure, however, the scientists tracked the effect of meal timing on appetite control, which they said was underexplored because earlier studies tended to lack timing measures of appetite.

They measured subjects’ subjective appetite by using a visual analog scale, hourly, for three consecutive days from wake time to bedtime, and every 30 minutes in the lab on test days. Those in the pre-diet group reported significantly lower levels of hunger throughout the day.

“Participants reported that their appetite was better controlled on days when they ate more breakfast, and they felt full the rest of the day. This could be quite useful in a real-world setting, And that’s the case in the research environment we’re in,” Johnstone said.

The study was very small, and the researchers note that it was conducted under free-living conditions rather than in a tightly controlled laboratory setting, but it does provide some room for thought.

They plan to further study the metabolism of shift workers in follow-up work, and intermittent fasting is another dieting regime to which they want to apply their approach.

Johnstone concluded: “One thing to note is that when it comes to timing and dieting, there can’t be a one-size-fits-all diet. Figuring this out will be the future of diet research, but it’s something that’s hard to measure.”