Researchers find common antidiarrheal drug that could be used to treat autism.

A striking study uses a new computer model to investigate how existing drugs can be repurposed to treat autism spectrum disorder (ASD).

Among the findings was a curious one that suggested that a common antidiarrheal drug could hypothetically improve ASD symptoms. 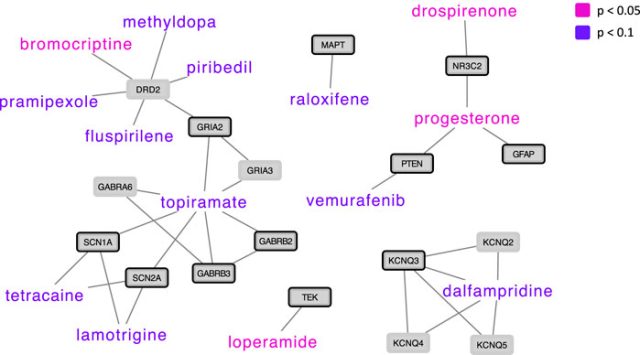 Elise Koch from the University of Oslo, lead author of the study, explains: “There are currently no drugs approved to treat social communication disorders, the main symptom of ASD.

However, most adults and about half of children and Adolescents with ASD are treated with antipsychotic medications that have severe side effects or lack of efficacy for ASD.”

They constructed a network of protein models associated with ASD, then modeled the effect of existing drugs on the network, and found that several molecules can combat the basic processes of ASD.

Some of the molecules marked by the modeling have previously been identified as potentially involved in the development of ASD.

The female sex hormone progesterone and its synthetic progestin counterpart, drospirenone, are thought to be involved in ASD, and the researchers note that previous research has shown that progesterone is positively associated with cognitive performance in healthy subjects.

The most important finding in the study, however, was the discovery of a common antidiarrheal drug that may play a role in treating ASD symptoms.

The over-the-counter drug, called rolipamide, has been widely and safely used for nearly 50 years.

The mechanism of action of loperamide provides intriguing clues for potential future treatments for ASD.

In the study, published in Frontiers in Pharmacology, the researchers noted that previous experiments in breeding mice deficient in mu-opioid receptors caused the animals to display behavioral deficits similar to those of ASD.

It is therefore plausible that targeting this mechanism might be a way to treat ASD symptoms.

“The identification of loperamide as a candidate for the treatment of ASD is therefore consistent with its potential to modulate social behavior in ASD,” the researchers noted in their study. “In addition, it may have favorable gastrointestinal effects in ASD patients because Gastrointestinal symptoms are common in ASD.”