A new study has uncovered a new potential treatment option for a disease that affects 6 million Americans.

According to a recent study of University of Virginia (UVA) , colchicine, a common gout drug, greatly improved survival in hospitalized patients with worsening heart failure.

And in patients with cholesterol buildup in their arteries, researchers believe colchicine may also reduce the risk of heart attack and stroke.

Between March 2011 and February 2020, more than 1,000 patients hospitalized at the University of Virginia Medical Center for worsening heart failure had their records examined.

Patients who took colchicine for gout flares had a 97.9 percent survival rate, compared with 93.5 percent for those who didn’t.

The study was published April 28, 2022 in the journal Clinical Cardiology.

“These results underscore the importance of novel inflammatory mechanisms in heart failure,” said clinical investigator Kenneth Bilchick, MD, MS, professor of cardiovascular medicine at the University of Virginia. “The signal of benefit from colchicine use in these patients is very impressive, and I expect these findings will have considerable implications for the clinical care of heart failure and future research on patients with this disease.”

“Heart failure is not just a failure of the pumping function of the heart. There are other processes, especially during the acute hospitalization phase, such as elevated inflammation and neurohormonal processes.” Sue Su, a researcher at UVA School of Medicine and a cardiologist specializing in heart failure Dr Sula Mazimba said: “Many medications for heart failure target neurohormonal pathways, but few, if any, target inflammatory pathways. Colchicine is a drug with anti-inflammatory properties, It has the potential to mitigate the increased inflammation that we see in hospitalized patients with heart failure.” 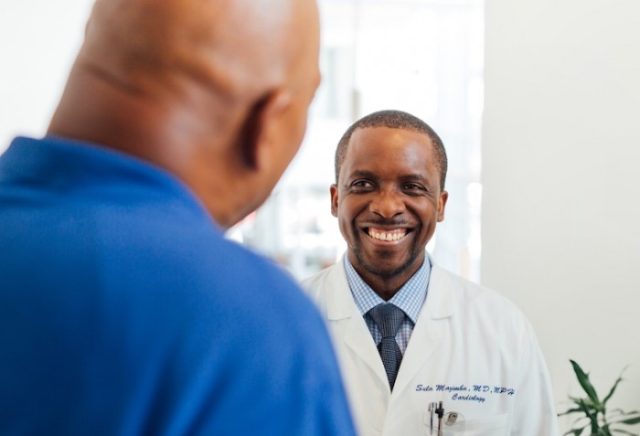 Heart failure occurs when the body’s ability to pump blood throughout the body fails.

About 6 million Americans suffer from heart failure, a condition that kills more than 86,000 people each year, according to the American Heart Association.

Gout, a type of arthritis characterized by the buildup of uric acid crystals in the joints, is common in people with heart failure.

Colchicine, steroids, and nonsteroidal anti-inflammatory drugs (NSAIDs), such as aspirin and ibuprofen, are common treatments for gout, but because steroids and NSAIDs tend to exacerbate symptoms in people with heart failure, they are usually not given. Use in patients with heart failure.

While colchicine is an established gout treatment, the University of Virginia team believes that the drug’s anti-inflammatory properties may also be key to improving outcomes for patients with heart failure.

They suggest that colchicine, which modulates inflammation in the heart and blood vessels, has the potential to improve outcomes, especially during the acute phase of hospitalization for heart failure.

More larger studies are needed to further explore colchicine as a potential treatment for heart failure, but the University of Virginia researchers are encouraged by their initial findings.

“We are very excited about these findings, especially given that colchicine is already a widely used drug,” said Mary E. Roth, a researcher and cardiovascular clinical pharmacist at UVA Health. “If more research confirms this result, colchicine may be another tool we can leverage to improve the survival of our heart failure patients.”

This work was supported by grant R01 HL159945 from the National Institutes of Health and grant 18TPA34170579 from the American Heart Association.