No need to diet: Reducing protein intake can fight obesity.

As the saying goes, “We gain three pounds during the festive season”, and the National Day is coming soon, so everyone must start shopping or eating while lying down.

To lose weight, you must not only “stretch your legs”, but also “keep your mouth shut”, but it’s easy to talk about, but it’s really difficult to take action…

What’s more unfortunate is that for us “clockers”, compared with physical exercise, how to control diet reasonably has always been a super problem.

However, there is still a lack of understanding of how dietary restriction “cures” metabolic syndrome: Is it the burning of calories that leads to an improvement in metabolism? Or did changes in nutrient intake reconstruct a new look of metabolism [2-3] ?

Meanwhile, the PR pathway did not appear to cause redundant body damage, the population diversity unaffected by the intervention, and adipose tissue transcriptome changes were weak.

In order to obtain first-hand available materials to analyze the contribution of PR (protein intake restriction) and CR (caloric restriction) regimens to metabolic syndrome, the researchers recruited 150 patients with metabolic syndrome, after excluding biased individuals and considering personal preferences, 40 patients were included in the total number of initial patients, and the following experimental plan was formulated: the calorie intake in the CR group was reduced by 25%, and the balance of the diet structure was unchanged;

the calorie intake in the PR group was unchanged, but the diet structure was changed, and the protein intake was reduced by 50%. %. After 27 days of experimentation, 11 participants completed the CR protocol and 10 completed the PR protocol.

First, the researchers focused on changes in body weight, anthropometric parameters, and energy-related parameters of participants before and after the experiment. Both CR and PR groups showed a reduction in body weight, fat mass, waist and hip circumference, but not muscle mass (Figure 1). The CR group showed a slightly more prominent performance in energy consumption, the ability to consume energy was stronger , and the changes in VO2 (oxygen uptake), VCO2 (carbon dioxide) were also more significant (Figure 1). 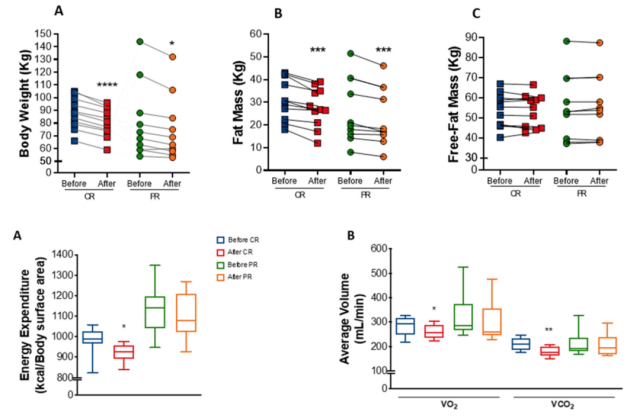 Importantly, the investigators found that both PR and CR regimens reduced blood pressure and heart rate in patients with metabolic syndrome, reducing the risk of cardiovascular disease (Figure 2). 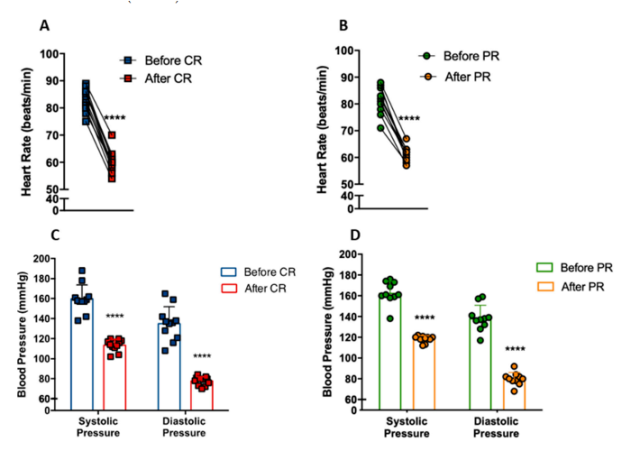 In terms of biochemical parameters, after the CR and PR regimens, the fasting blood glucose of the patients was reduced by more than half, the hemoglobin was only slightly reduced, and the total hemoglobin and hematocrit levels did not change significantly. In the cholesterol analysis, total cholesterol, low-density lipoprotein cholesterol decreased .

The realization of inflammation in the CR and PR programs is also worthy of attention, greatly alleviating people’s concerns about “dieting affects health”. The two groups’ inflammatory markers and muscle damage markers decreased , while liver damage markers did not change significantly. 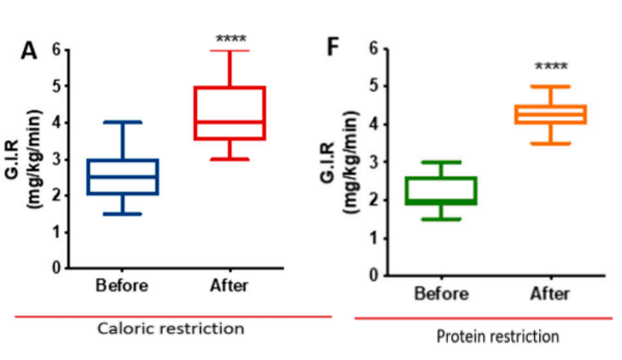 In the parametric test described above, as a novel dietary control protocol, the PR protocol had a pleasing performance, and the changes in these symptoms were not temporary, but persisted for at least one month after the patient ended the protocol.

Moreover, the analysis of fecal samples after the PR program showed that there was no significant change in the microbial diversity.

In dietary restriction, what factors drive the improvement of the body’s metabolism? This article brings us a new answer: restricting protein intake can simulate calorie intake in many ways and help patients with metabolic syndrome to control health parameters such as weight, blood sugar, blood lipids, and blood pressure.

Considering the simplicity of PR operation, this may be a more effective, easier and more promising metabolic adjustment protocol, which has become a boon for patients with metabolic syndrome (Figure 4). 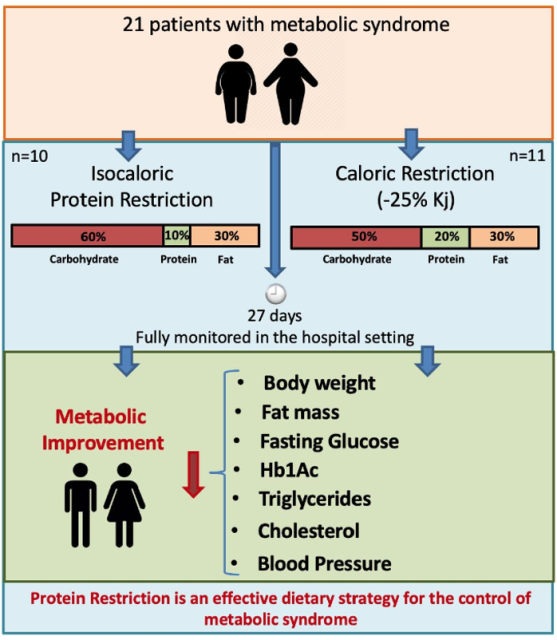 Figure 4: The PR scheme can highly mimic the CR scheme in many ways

This research has brought us a piece of good news: We can properly adjust our diet and reduce protein intake, and we can still control our weight and keep our body healthy!

But the researchers stressed that this study is only applicable to people with metabolic syndrome, and it is uncertain whether it will be applicable to everyone.