Does the liver have immune function?

Does the liver have immune function? Nature: The distribution of immune cells in the liver affects the body’s immune status.

“Nature” magazine published online research results named “Commensal-driven immune zonation of the liver promotes host defence” by researchers from the National Institutes of Health Ronald N. Germain and Anita Gola. The study found that commensal bacteria drive liver immune division and optimize host immune function.
The liver is composed of many hexagonal liver lobules, which are delimited histologically with E-cadherin. Due to the unidirectional blood flow, there is a gradient of oxygen, nutrients and hormones in the liver, and the interval distribution of some key enzymes (such as glutamine synthetase) also improves metabolic efficiency. Studies have shown that Kupffer cells of the liver are enriched near the portal system. So, does the liver’s immune system also have such an interval distribution? Does this way of distribution affect the body’s immune system? 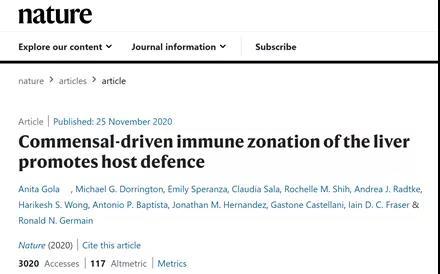 Through developmental analysis, the researchers found that Kupffer cells were enriched around the perihepatic area of ​​the liver at weaning, but this partitioning phenomenon did not exist in the liver of sterile mice.

Researchers applied methods such as fluorescence staining, genetic perturbation, transcriptomics, and mathematical modeling to reassess the relationship between the location of immune cells in the liver and host protection. They found that myeloid and lymphoid resident immune cells were concentrated in the surrounding area.

This immune partition is not under developmental control, but is caused by the continuous MYD88-dependent signal transduction induced by commensal bacteria in sinusoidal endothelial cells, which in turn regulates the composition of the matrix surrounding the cells involved in the formation of chemokine gradients. 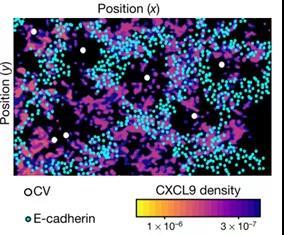 Later, the researchers evaluated the functional benefits of immune liver partitioning to the host. In vivo experiments and modeling show that this immune spatial polarization is more effective than uniform distribution in preventing the spread of systemic bacteria. 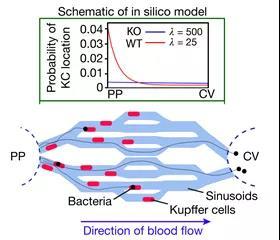 In summary, these data indicate that sinusoidal endothelial cells can sense the microbiome and actively coordinate the positioning of immune cells to optimize host defense capabilities.