Vitamin A D deficiency in childhood may cause chronic diseases in adulthood!

Vitamin A D deficiency in childhood may cause chronic diseases in adulthood! Sufficient vitamin A and D not only play a positive role in the prevention and treatment of early childhood diseases, but also related to the health of children in adulthood and prevent the occurrence of many chronic diseases, such as: cardiovascular diseases, tumors, metabolic disorders… 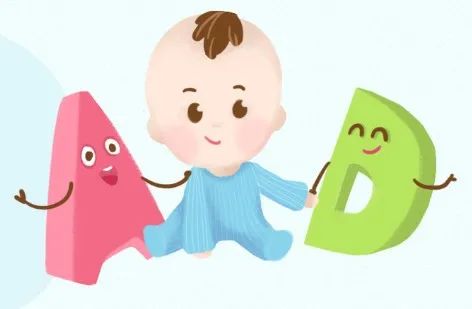 What is the overall nutritional status?

The overall nutritional level of children’s vitamin A and D is not up to standard, which is not optimistic.

The judgment index of vitamin A deficiency is serum retinol, and the judgment standard concentration: ≥1.05μmol/L (≥0.3 mg/L) is normal.

According to expert analysis, although this situation has certain economic factors, the main reason is the lack of supplementary awareness and the difference between urban and rural areas.

The indicator of vitamin D deficiency is serum 25(OH)D, and the concentration is ≥50nmol/L (20ng/mL) as normal.

The incidence of vitamin D deficiency and insufficiency among children aged 3-5 in some countries is about 51.9%, which is slightly higher in cities than in rural areas. In this way, half of 3-5 year old children are not vitamin D enough.

Believe it or not these numbers, but the pediatric doctors can’t calm down!

Do you know the reasons for vitamin A and D deficiency?

When maternal vitamin A and D levels are insufficient during pregnancy, what should be delivered to the fetus? Not to mention those weak premature babies, twin fetuses, low birth weight babies, etc., are more prone to vitamin A and D deficiency.

Infants and young children grow and develop faster, and they have relatively large requirements for vitamins A and D. They are generally the fastest within 6 months after birth, with an average length of 0.7 kg per month, whether they are catching up with growing premature babies or being tall and fat Of obese children, they are more prone to vitamin A and D deficiency.

Even if the mother’s nutrition is very good, the vitamin A and D content in breast milk still cannot meet the growing needs of the baby’s physique; the vitamin D content in natural foods is less and the synthesis of vitamin D in the skin under ultraviolet light will be affected by many factors. The absorption and conversion rate of carotenoids is low. Exclusive breastfeeding and insufficient intake of complementary foods are more likely to lead to vitamin A and D deficiency.

4 the impact of the disease

Infectious diseases can cause a large loss of vitamin A and D in the body, and also affect the absorption and utilization of nutrients.

Long-term use of cholestyramine, neomycin, anticonvulsants, antiepileptic drugs and glucocorticoids will affect the absorption and metabolism of vitamin A and D in the body.

Experts believe that borderline vitamin A deficiency will also have adverse effects on growth and development, immune function and hematopoietic system. The clinical manifestations are increased prevalence and death risks for children in groups such as slow growth, repeated infections, and anemia. Insufficiency of vitamin D in childhood can lead to decreased bone mass and peak bone mass in adolescence, and significantly increase the risk of osteoporosis in adults. It also increases the risk of respiratory and digestive tract infections, as well as the risk of allergies and asthma.

How to reasonably interfere with babies

The focus is on prevention. According to the consensus, the soldiers are divided into two ways: in order to prevent vitamin A and D deficiency, most babies should be supplemented with vitamin A 1500-2000IU/d and vitamin D 400-800IU/d after birth, and continue to supplement until 3 years old.

In addition, for those special populations, such individualized vitamin A and D supplementation can benefit children more.

The benefits of vitamin A and D

Medical research has found that vitamins A and D have a synergistic effect on immune function, bone development, and prevention of anemia. Preventive supplementation measures will not cause vitamin A and vitamin D poisoning.

As two important fat-soluble vitamins, vitamin A and vitamin D nutrition affect the nutritional health and disease prevention of children from birth to the entire life cycle. hurry up!