The clinical progress of stem cell treatment of childhood diseases

Mesenchymal stem cell therapy represents a potentially revolutionary treatment method, which has been widely used in the treatment and research process of a variety of pediatric diseases. It has been shown in clinical trials of pediatric lung, heart, orthopedics, endocrine, neurological and hematological diseases. Has a huge therapeutic potential.

Graft versus host disease is a disease with very complex clinical manifestations, affecting the functions of various organs including skin, gastrointestinal tract, liver, kidney, bones, joints, muscles and lungs. Traditional treatments include immunosuppressants, such as high-dose steroid hormones and cyclosporine, but many patients do not respond or become dependent on these treatments, and there are many adverse side effects. The cure rate of mesenchymal stem cell therapy in children with steroid-resistant acute graft-versus-host disease is as high as 73%.

Spinal muscular atrophy is a progressive neurodegenerative disease, and currently there is no good clinical treatment. A clinical study reported that three children with spinal muscular atrophy were treated with allogeneic bone marrow mesenchymal stem cells, which significantly improved muscle strength, facial expressions, ventilatory breathing ability, and speaking ability. It is also believed that the mechanism by which mesenchymal stem cells exert their therapeutic effects may be permanent, rather than therapeutically repairing.

Mesenchymal stem cells for treatment of bronchopulmonary dysplasia in children

Mesenchymal stem cells in the treatment of children with cerebral palsy

Cerebral palsy is mainly manifested as central dyskinesia and abnormal posture. It can also be accompanied by mental retardation, epilepsy, perceptual disturbance, language impairment and mental behavior abnormalities. It is one of the main diseases that cause motor disabilities in children.

The most common cause is premature birth, which causes up to 15% of newborns to have cerebral palsy. A review of 47 cases found that mesenchymal stem cell therapy is the safest and most effective no matter whether it is intracapsular or intravenous administration. After treatment with mesenchymal stem cells, the child’s obvious and appreciable manifestations, such as fever, vomiting, and cramps, disappeared on their own within 72 hours.

In China, in 2017, the project “Clinical Research on Umbilical Cord Mesenchymal Stem Cells/Neural Stem Cells for Treatment of Children with Cerebral Palsy”, which was filed by the Health and Family Planning Commission, has been officially launched, aiming to establish stem cell transplantation as the core, integrating medical care, nursing care, and A standardized program integrating rehabilitation and psychology can prolong the survival time of children, improve their quality of life, and reduce the burden on the family and society.

The underlying pathology of autism spectrum disorders, such as immune system disorders, cerebral hypoperfusion and inflammation, can be used as targets for mesenchymal stem cell therapy.

In a clinical trial of mesenchymal stem cells in the treatment of autism, 37 children with autism received allogeneic mesenchymal stem cell therapy. After 24 weeks of treatment, it was evaluated by the Child Autism Score Scale, Clinical Overall Impression Scale and Abnormal Behavior Checklist. 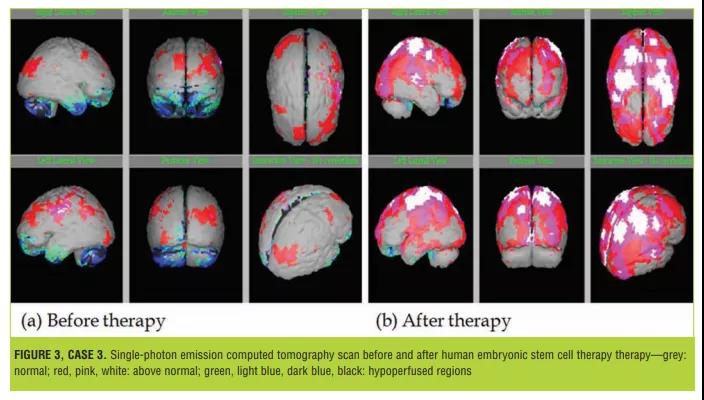 Children are the hope of the motherland, the future of the nation, and the health of children are related to the progress of society, the prosperity of the nation and the happiness of a family. In recent years, children’s health problems have attracted more and more attention from the general public. In particular, the application of stem cells in children’s diseases has become more and more common. Stem cells have been used to treat children’s diseases globally.