Stem cells: Important progress for brain diseases in 2020!. Scientific research has found that stem cells can improve the motor function of animal models of ischemic brain injury and cerebral palsy.

The development of stem cell technology has brought us great hope. Clinical studies have found that stem cell therapy has obvious repair effects on the brain and brain nerves. At present, there are more than 400 clinical trials of stem cells for the treatment of brain diseases (including Parkinson’s and stroke) registered on clinicaltrials.gov. It is believed that with the continuous efforts of scientists, stem cells can bring more patients with brain diseases. Gospel. 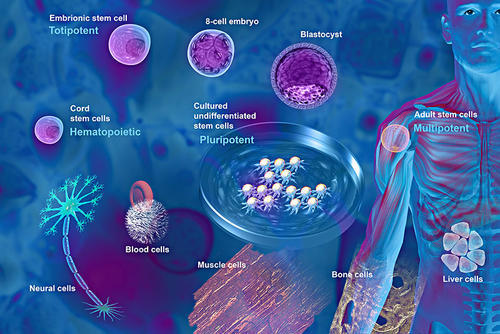 A prospective, uncontrolled single-dose trial published in the journal Transl Res [5], stereotactic injection of autologous mesenchymal stem cells into the lateral ventricle of 7 Parkinson’s patients aged 22 to 62. A follow-up observation of 10-36 months after surgery found that the Unified Parkinson Rating Scale (UPDRS) scores of 3 patients continued to improve, the off-period score improved by 22.9% compared with the baseline value, and the facial expressions, gait and other symptoms were also improved. There has been improvement. Two patients received mesenchymal stem cell transplantation and significantly reduced the dose of Parkinson’s drug. Throughout the experiment, there were no serious adverse reactions to stem cell transplantation.

Cerebral hemorrhage is a central nervous system injury. Once humans have brain hemorrhage, cerebral infarction, brain trauma and other diseases, the damaged nerve function is difficult to recover, and more serious sequelae are left. At present, stem cell treatment of cerebral hemorrhage sequelae is in the clinical trial stage, and certain progress has been made in China.

As early as 2012, the scientific research team of the 251st Hospital of the People’s Liberation Army reported in the “Chinese Tissue Engineering Research” the therapeutic effect of human umbilical cord mesenchymal stem cell transplantation combined with comprehensive rehabilitation therapy on the sequelae of cerebral hemorrhage. Forty-five patients with cerebral hemorrhage were divided into 2 groups according to the single and double days of admission: 22 patients in the treatment group and 23 patients in the control group. After 10 to 18 days of conventional treatment, all patients had sequelae of varying degrees. Subsequently, the treatment group received umbilical cord mesenchymal stem cell transplantation combined with rehabilitation therapy, and the control group received only rehabilitation therapy.

After treatment, all patients underwent a 12-month follow-up. The results showed that compared with the control group, the limb movement function and the ability of daily living in the treatment group were more significantly improved. Umbilical cord mesenchymal stem cells combined with comprehensive rehabilitation therapy have the advantages of synergy and make up for their shortcomings.

The clinical progress of stem cell treatment of stroke

The American “Stroke” magazine once reported a clinical trial involving 18 stroke patients with an average age of 61 years. The researchers injected mesenchymal stem cells directly into the brain of the patients, and as a result, the patients’ motor function showed gratifying improvement. Researchers are currently recruiting more volunteers, ready to invest in the second phase of clinical trials.

The history of people’s struggle with cerebral palsy can be traced back to the 1840s. For a long time, people have believed that once the human central nervous system is damaged, it cannot be repaired. However, with the continuous development of medicine, it has been discovered that the emergence of two major types of nerve recovery methods, neurodegenerative drugs and cell therapy, makes it possible to repair the central nervous system, and stem cells play a pivotal role in them.

After the injection of stem cells, the boy named Max among the subjects did not undergo MRI to observe the treatment results, but all aspects of his body showed slow improvement. In China, stem cell treatment of cerebral palsy has also entered the stage of clinical trials.