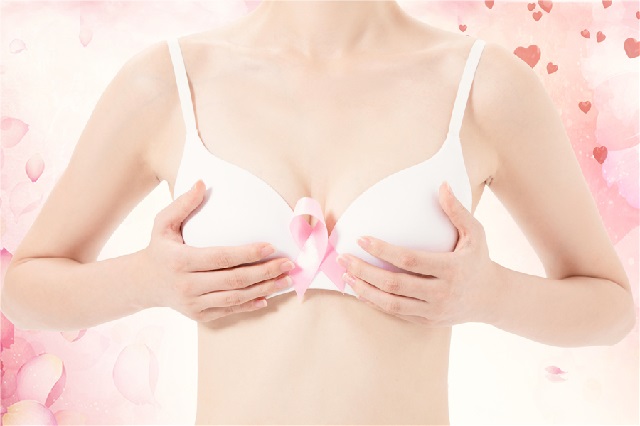 1. Breast cancer has become the most common cancer in the world

It is worth noting that in 2020, the number of women with breast cancer surpassed lung cancer for the first time, becoming the most common cancer in the world.

▲In 2020, the types, number and proportion of new cancers in the world (data from IARC official website, drawing by WuXi AppTec team)

▲In 2020, the types, numbers and proportions of major cancer deaths in the world (data from IARC official website, drawing by WuXi AppTec team)

In 2020, there will be about 4.57 million new cancer cases in China, of which more than 410,000 breast cancer patients, accounting for about 9.1% of all newly diagnosed cancers in China, and 19.9% ​​of the newly diagnosed cancers in Chinese women, the highest incidence among women Cancer. Among newly confirmed female cancer patients, one in five people is breast cancer.

▲The number of female cancer incidences and deaths in China in 2020 (data from IARC official website, drawing by WuXi AppTec team)

2. Breast cancer and its partners have high rates of depression

Although the incidence and mortality of breast cancer in some countries are slightly lower than the world average, the impact of breast cancer on female patients and their families still cannot be ignored.

Once diagnosed with breast cancer, patients often have to face the blow of the disease, psychological imbalance, anxiety and depression, work crisis, financial pressure, and even family changes.

In our country, surgery occupies an important position in the treatment of breast cancer. The surgery also hurt the “breast” while removing the tumor. After the operation, women have to face in addition to physical injuries and physical trauma such as chest wall depression, thinning, oblique shoulders or scoliosis, as well as psychological trauma induced by this. According to domestic surveys, among breast cancer patients, the incidence of depression is 11.6%-52.9%, and the incidence of anxiety is 14.9-61.9%. 97.5% of lactating women felt anxious, and 93.3% of lactating women had an increased sense of inferiority.

Not only do female patients have to bear mental pain, their partners are also suffering from little-known mental torture. A study published in the British medical journal Cancer showed that the proportion of male partners of female breast cancer patients suffering from depression and other mental illnesses was 40% higher than that of the general population, and the more serious the condition of female patients, the more serious the male partner’s The risk of depression is also higher. If a female patient dies from breast cancer, her male partner is four times more likely to suffer from depression.

The best way to avoid breast cancer is to diagnose and treat early. With the popularization of molybdenum target screening, the early diagnosis rate has greatly increased. The 5-year survival rate of early breast cancer patients has reached 95%. Therefore, women should pay more attention to their breasts and learn to do self-examination to find possible lesions as soon as possible.

3.  the 5 symptoms of early breast cancer

Spontaneous bloody discharge from the nipple is usually a sign of disease. This often leaves marks in the underwear, so be vigilant.

Do this exercise for self-examination: Raise one arm above the top of your head to contract the pectoral muscles. Then observe the skin of the same breast. If there is dimple-like skin depression, you must seek medical attention as soon as possible.

If the nipple suddenly becomes dry, with a flaky, scaly, desquamated appearance, and spreads out to the areola and breast, rule out dry skin and persistent symptoms that do not relieve, it may be an early sign of breast cancer.

Breast cancer easily metastasizes to the axillary lymph nodes. But sometimes there are lumps in the armpit area but not in the breast area. Many people do not pay attention to it and miss the best time for treatment. For women with high-risk factors, screening physical examination is the most reliable.

❖ For those with a family history of genetic diseases, if their first-degree or second-degree relatives have breast cancer, their risk of developing the disease will be significantly higher;

❖ Patients with dysplasia or lobular carcinoma in situ of the breast are high-risk groups;

These types of people are recommended to start regular screening at the age of 30-35, and to shorten the screening interval, do a mammogram check once a year, do a B-ultrasound check every 6-12 months, and do an MRI every year if necessary.

Most early breast cancers have the opportunity to undergo breast-conserving surgery and require adjuvant radiotherapy to reduce the risk of recurrence. Usually, whole breast radiation therapy for several weeks after surgery is the standard treatment.

In order to optimize the treatment of breast cancer, the Cancer Committee of the American College of Surgeons has developed quality indicators for indications and time limits for postoperative adjuvant radiotherapy.

The MASTRT quality index stipulates: For women with ≥ 4 positive lymph nodes in the drainage area after mastectomy, radiotherapy should be recommended or given within 1 year (365 days) of breast cancer diagnosis;

The BCSRT quality index stipulates that for women under 70 years of age after breast-conserving surgery, radiotherapy should be given within 1 year (365 days) of breast cancer diagnosis.

The “Regulations for Diagnosis and Treatment of Breast Cancer” (2018 edition) issued by the National Health Commission of China pointed out: In principle, all patients undergoing breast-conserving surgery need to receive radiotherapy. For female patients who are older than 70 years old, breast tumors ≤ 2 cm, no lymph node metastasis, ER receptor positive, and can receive standard endocrine therapy, you can consider omitting breast-conserving postoperative radiotherapy.

This version of the diagnosis and treatment specifications points out: three-dimensional conformal and intensity-modulated radiation help to improve the uniformity of the dose in the target area, reduce the radiation dose of normal tissues, and better handle the connection between the breast and the regional lymph node radiation field, and the breast volume is large , It is more advantageous when regional lymph node irradiation is required. At the same time, it is recommended to use CT to locate and delineate the target area, and import the CT image into the three-dimensional planning treatment system for planning evaluation, so as to accurately assess the dose distribution of the target area and organs at risk.