Introduction: Recently, researchers have discovered that several mice can be treated for 24 hours without spending months or years. By identifying biomarkers in the liver, it is possible to predict whether the animal will develop liver cancer. 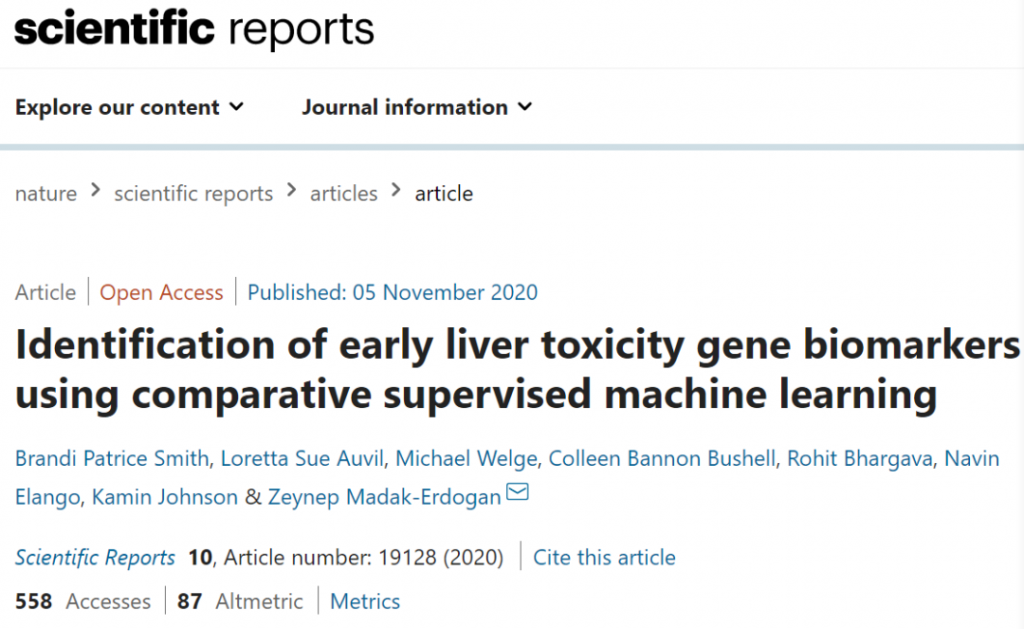 When agrochemical and pharmaceutical companies develop new products, they must conduct extensive potential toxicity tests before they can obtain regulatory approval. This test usually requires lengthy and expensive animal studies.

Recently, researchers at the University of Illinois developed a genetic biomarker identification technology and published it in “Scientific Reports” with the title: “Identification of early liver toxicity gene biomarkers using comparative supervised machine learning”. The study identified a biomarker gene signature that has potential hepatotoxicity 24 hours after exposure.

The genetic biomarker identification technology of the University of Illinois can shorten the toxicity test to a few days while maintaining high accuracy.

Zeynep Madak-Erdogan, associate professor of the Department of Human Nutrition, said: “The purpose of this study is to identify the smallest indicators from the liver to predict toxicity and potential liver cancer.”

She added that under normal circumstances, the company will do this through long-term animal experiments. They followed animals for a year to see if they would develop liver cancer after exposure to these compounds. These studies require thousands of mice or rats and a lot of time to care for the animals, collect samples and analyze the data.

Madak-Erdogan and her colleagues analyzed information in a large database maintained by the National Institute of Environmental Health Sciences. They collaborated with scientists from the National Center for Supercomputer Applications (NCSA) to use machine learning methods to identify genetic biomarkers in messenger RNA to predict liver toxicity.

Madak-Erdogan said that although this study is not the first to use this technology, it is the most comprehensive. Researchers use large amounts of data and a variety of machine learning techniques to determine the method that provides the fastest and most accurate results.

“We are evaluating the best predictive techniques and finding the best indicators of liver toxicity. Now, without spending months or years, we can treat several mice for 24 hours and identify biomarkers through the liver. , You can predict whether the animal will develop liver cancer.” She explained.

The results of this study can be widely used by toxicologists and other scientists, and can help agrochemical and pharmaceutical industries improve their detection capabilities.

Madak-Erdogan concluded: “Our findings show that machine learning methods are absolutely valuable for analyzing the massive amounts of biological data we create in research activities. The collaboration between life sciences and computer science is very important for this work.”