Since its discovery in 1979, the p53 gene has been one of the focuses of oncology research. Searching the Pubmed database with p53 as the keyword can find more than 100,000 articles.

In a 2017 statistic of the journal Nature , the p53 gene ranked first in the list of the most popular research genes in the past few decades by an absolute advantage .

In a variety of tumors, p53 is a tumor suppressor gene with broad and powerful functions, known as the ” guardian of the genome “.

p53 is activated in response to various stressors in cells, such as DNA damage .

The study uncovered a new mechanism by which the expression of the tumor suppressor gene p53 paradoxically promotes liver cancer development in patients with chronic liver disease .

Persistent activation of p53 in hepatocytes from patients with chronic liver disease (CLD) can actually promote the development of liver cancer.

Chronic liver disease (CLD) can be caused by a number of different factors, including viral infection, alcohol consumption, and fat accumulation, all of which can induce p53 activation.

Previous studies have shown that p53 is in a constant state of activation in hepatocytes from patients with chronic liver disease.

However, it is unclear what role this plays in the pathophysiology of chronic liver disease.

The research team said that clinical data clearly show that p53 is activated in the stem cells of patients with chronic liver disease, and p53 is an important part of the body’s prevention of tumor formation, so the role of p53 in chronic liver disease becomes more intriguing.

To further explore this question, the research team constructed a mouse model of liver cancer (carrying the KRAS-G12D mutation) that accumulates p53 in hepatocytes .

This was achieved by knocking out the MDM2 gene, which targets the degradation of p53 protein.

The team found that mice with p53 accumulation in these hepatocytes developed liver inflammation, hepatocyte apoptosis, and increased senescence-associated secretory phenotype (SASP) , which can cause nearby cells to become cancerous.

And the study showed that mice with p53 accumulation did increase the development of liver cancer.

The research team also observed increased numbers of hepatic progenitor cells (HPCs) with stem cell-like characteristics in these p53-accumulated mice. When the team isolated these HPC cells, cultured them and injected them subcutaneously into experimental mice, which developed tumors, suggesting that HPCs play a key role in tumor formation in p53-accumulated mice. 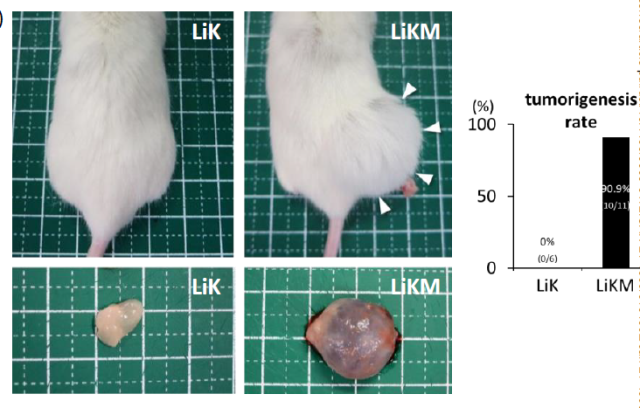 However, when the researchers further knocked out the p53 gene in the mouse model, the accelerated development of liver cancer and other related phenotypes no longer occurred.

This indicates that p53 activation plays an important role in the occurrence and development of liver cancer. 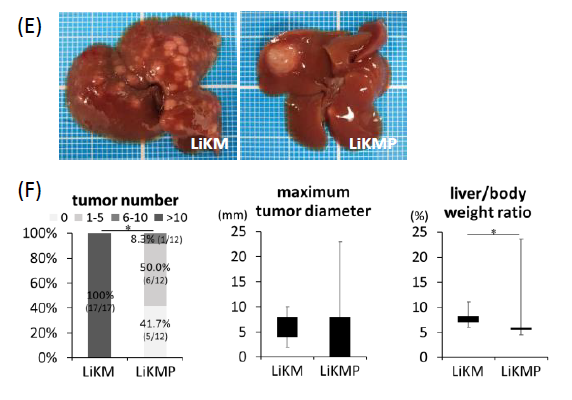 Based on these trial results, the research team concluded that p53 activation in stem cells from chronic liver disease (CLD) patients can create a microenvironment that supports hepatic progenitor cells (HPCs) to form tumors.

This suggests a new mechanism of hepatocarcinogenesis. As the most famous tumor suppressor gene, p53 actually promotes the occurrence of hepatocellular carcinoma.

These results also suggest that p53 is a potential therapeutic target for cancer prevention in patients with chronic liver disease.