Cancer Medicine: Biomarkers can improve the success rate of cancer drugs.   In recent decades, significant progress has been made in the development of new anti-cancer drugs, such as Herceptin, a targeted drug used to treat women diagnosed with HER2-positive breast cancer. Despite these successes, cancer remains the second leading cause of death after heart disease, and nearly 90% of all anti-cancer drugs that enter clinical trials have failed.

Ayson Parker, professor of biology at the University of Toronto, posed a simple but important question: “Is there a way to improve the risk of clinical trial failure?”

To find out, Parker launched a large-scale research project seven years ago to determine whether the use of predictive biomarkers (helping to assess the patient’s likely response to a specific treatment) improves the clinical approval of a new cancer Possibility of drugs. In a study published in Cancer Medicine on February 23, 2021, Parker and his co-authors provided the first systematic statistical evidence that when testing new drugs, biomarkers can significantly improve tumors Learning results. 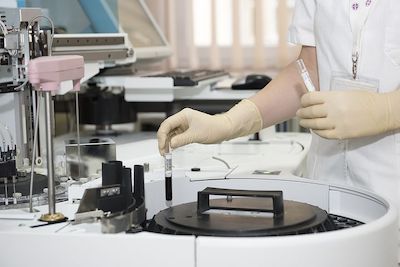 The new study compares the success rate of drug approvals in clinical trials based on biomarkers with the results of four cancers without biomarkers: breast cancer, melanoma, non-small cell lung cancer, and colorectal cancer. Parker said: “Our overall analysis of these four cancers shows that the drugs tested in biomarker-based trials are almost five times more likely to be approved by the regulatory authorities. Strong evidence supports the use of biomarkers to improve new Cancer drug test results.”

The greatest benefits have been seen in the testing of new drugs for breast cancer, among which biomarker-based trials are 12 times more likely to succeed. The success rate of melanoma drugs using biomarkers has increased eightfold, and the success rate of lung cancer drugs has increased sevenfold. Although drugs for colorectal cancer have not shown overall benefits, researchers believe that with the introduction of more biomarkers for colorectal cancer, this situation may change in the future.