When the tubulin of the sperm lacks glycinated modification, the movement of the sperm will be disturbed, resulting in most of these sperms can only swim in circles and cannot move in a straight line.

Children are the crystallization of love and the baby of the family, but unfortunately, with the increasing pressure of life, the increasing environmental pollution and other factors, many families who want to have children are troubled by infertility With. According to statistics, there are more than 50 million infertility patients in some countries, which is more than 10% of the normal population of childbearing age. This huge number is beyond our imagination.

More importantly, research shows that at least one in five cases of infertility is still unexplainable. At the same time, nearly half of infertility patients are caused by the male partner, and in most cases, it is more difficult to obtain a specific causal diagnosis of male infertility.

On January 8, 2021, a multinational research team composed of the French Curie Institute, the University of Paris Saclay, and the Max Planck Institute published the title in the top international academic journal Science magazine: Tubulin glycylation controls axonemal dynein activity, flagellar beat, and male fertility. This paper was also selected as the cover paper of the current issue. It is a key component of the eukaryotic cytoskeleton. It is interesting to note that although microtubules are involved in many functions, in most cell types and organisms, tubulin is highly similar in structure. Therefore, some studies believe that the “tubulin code” formed by the combination of tubulin post-translational modifications is the key to the different functions of microtubules.

It is worth noting that the tail flagella of sperm is also composed of microtubules. The flagella must be beaten in a very precise and coordinated way to allow the sperm to continue swimming, otherwise it will lead to male infertility. Previous studies have shown that glycination modification may be essential for the movement of sperm flagella, but the scientific community still lacks in-depth knowledge in this regard.

In this study, the researchers found thatWhen the tubulin of the sperm lacks glycinated modification, the movement of the sperm will be disturbed, causing most of these sperms to swim in circles instead of in a straight line.

The first author of the article, Dr. Sudarshan Gadadhar, explained: “The core of the sperm flagella is composed of microtubules and tens of thousands of tiny molecular motors called dynein. In order to ensure the normal activity of sperm, these dynein activity They must be tightly coordinated. However, this study now finds that in the absence of glycination, they become uncoordinated, causing sperm to spin.”

When the sperm tubulin lacks glycosylation modification, the sperm movement pattern will change

In order to further explore the mechanism behind this phenomenon, the research team constructed a double knockout mouse model lacking two enzymes (Ttll3−/−Ttll8−/−). The inactivation of these two enzymes results in the lack of glycosylation of cilia and flagella in cells, so that the role of glycosylation in the functions of these organelles can be studied.

Based on the above-mentioned gene knockout mouse model, the researchers observed functional defects in mouse sperm lacking glycosylation, which resulted in decreased fertility. 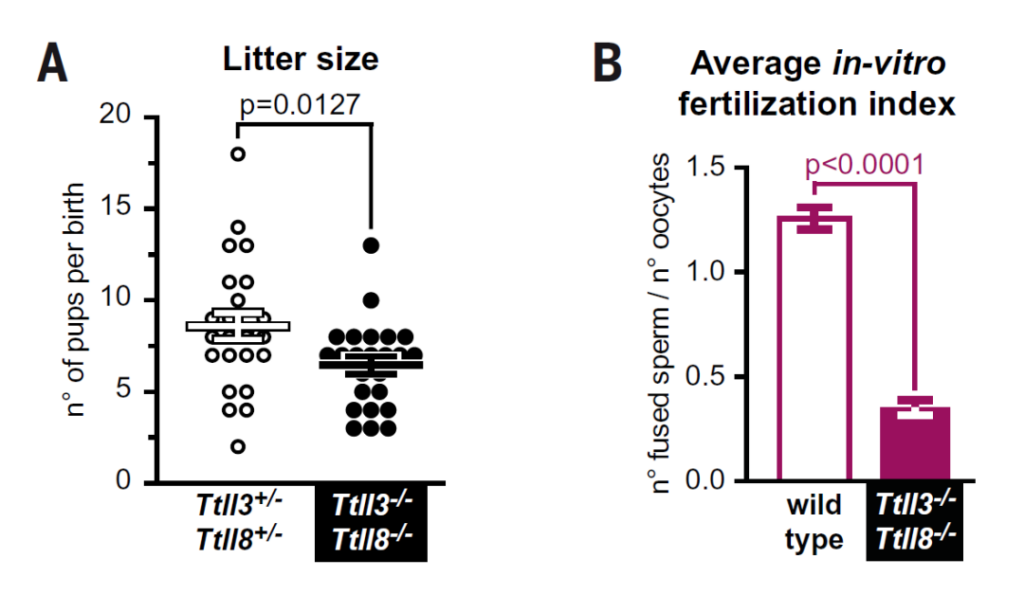 Immediately afterwards, the research team used a cryo-electron microscope to observe the molecular structure of the flagella and its molecular motors. Analysis of the flagella of mutant sperm showed that these flagella were correctly constructed, but their external and internal dyneinArm (ODAs and IDAs)
The structure is disturbed.

At the same time, classification analysis showed that the incidence and distribution of ODAs and IDAs in sperm of Ttll3−/−Ttll8−/− double knockout mice had changed. These ultrastructural findings indicate that glycosylation is a necessary condition for effective control of the dynein power stroke cycle, which is essential for the production of physiological flagellar pulses. 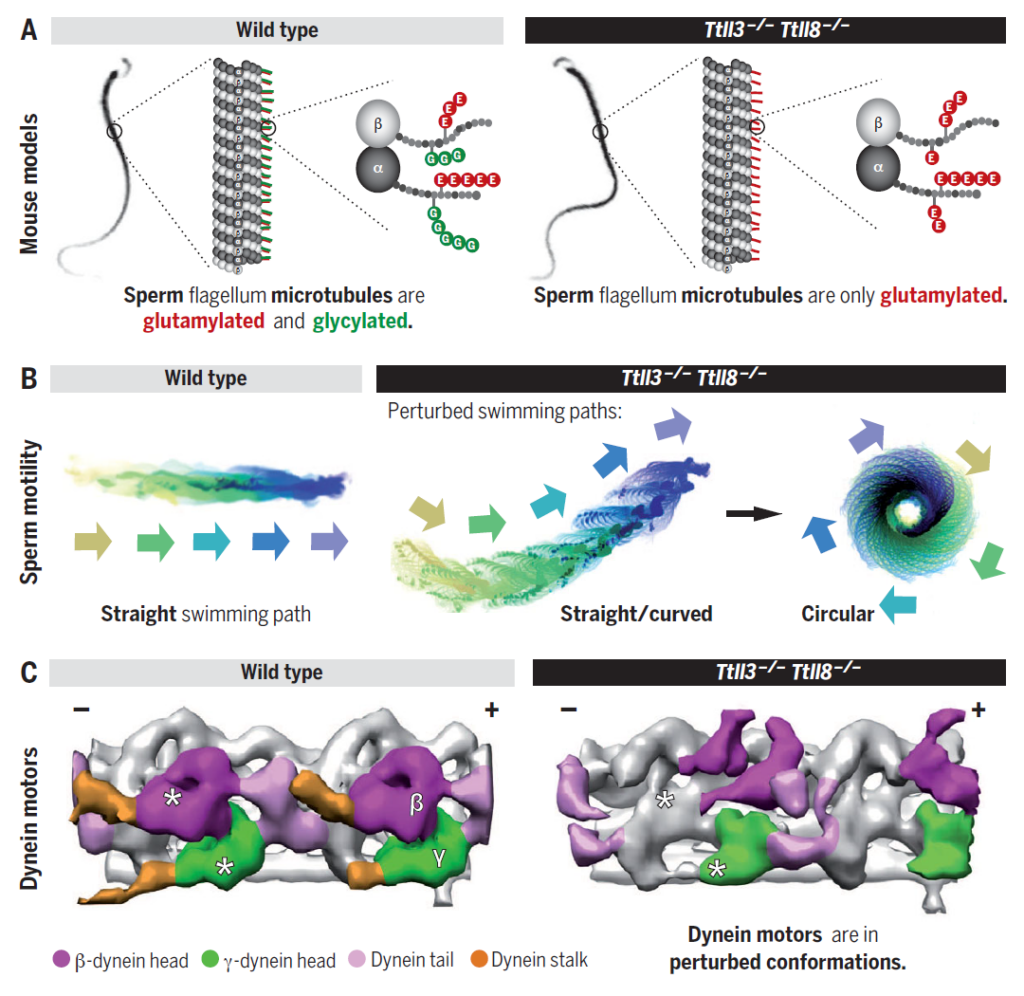 All in all, this study shows the importance of glycination for the control of sperm flagellin motility, thus revealing a new mechanism of male infertility. More importantly, this discovery indicates that the “tubulin modification code” plays an active role in the regulation of basic biological processes of microtubules.

In addition, because microtubules are an important part of the eukaryotic cytoskeleton, and are closely related to the occurrence and development of many diseases. Therefore, this research work also opens the door to a deeper understanding of various diseases, such as developmental disorders, cancer, kidney disease, or respiratory and vision disorders.