Harvard: Why do people die suddenly when staying up late?

Harvard: Why do people die suddenly when staying up late?  The gut is the key!

With changes in modern lifestyles and increased stress, more and more people stay up late either actively or passively. After returning home from overtime work, many workers still have to listen to Guo Degang two paragraphs, brush the vibrato for a while, and stay up until two or three in the morning to go to bed, even if they are clearly sleepy.

Occasionally willfulness has little effect, but long-term retaliatory staying up late is really not worth the gain for the individual. Not only will it lead to mental weakness, drowsiness, and dry skin tone, it can cause sudden death in severe cases.

In fact, as early as 1983, researchers discovered that animals will inevitably die early after continuous sleep deprivation. After decades of exploration, the question “Why do animals die early if they don’t sleep?” has not been answered well.

For a long time, sleep has been regarded as a neurological phenomenon, and in people’s common sense, sudden death caused by staying up late must be related to cardiovascular and cerebrovascular diseases. The focus of research has been on the brain and heart. Until recently, Harvard University Medicine A study published by Professor Dragana Rogulja of the Academy of Sciences in the top journal Cell shows that the intestine is the key.

The researchers compared the organs and tissues of Drosophila in the sleep deprivation group and the normal work and rest group. There was no obvious difference between the brain and most of the organs and tissues between the two groups. The only obvious difference was in the intestine, that is, the intestine of the Drosophila in the sleep deprivation group A large number of accumulated oxides (ROS) appear in the tract. These ROS are some by-products of the aerobic metabolism of organisms and have high reactive activity. They can damage DNA and other components in cells in a large amount, leading to cell death.

The study also confirmed that the accumulation of ROS is directly proportional to the mortality of fruit flies, and it also reaches a peak around the 10th day, and when sleep deprivation is stopped, the level of ROS in the intestine will also decrease and gradually return to normal levels after 15 days. 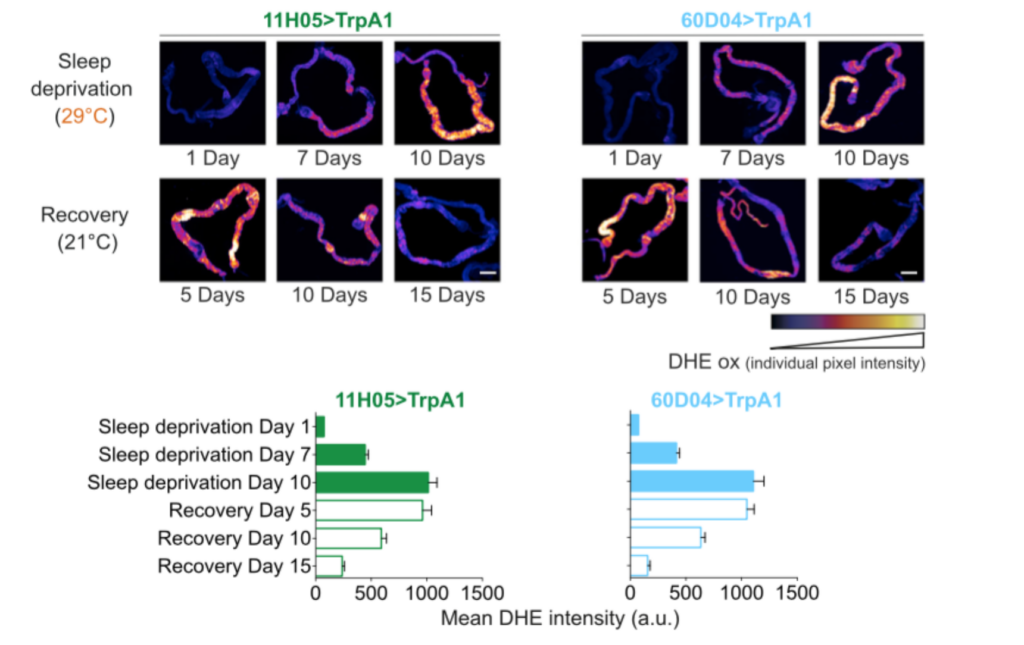 Researchers used a mouse model to verify and found similar results. Continuous sleep deprivation can lead to a large accumulation of ROS in the mouse intestine, especially in the small intestine, which is indeed the main source of this deadly ROS.

So “can inhibiting the accumulation of ROS can extend the lifespan of animals?”

To clarify this problem, the researchers

This suggests that the excessive accumulation of ROS in the intestine plays a central role in premature death caused by sleep deprivation. 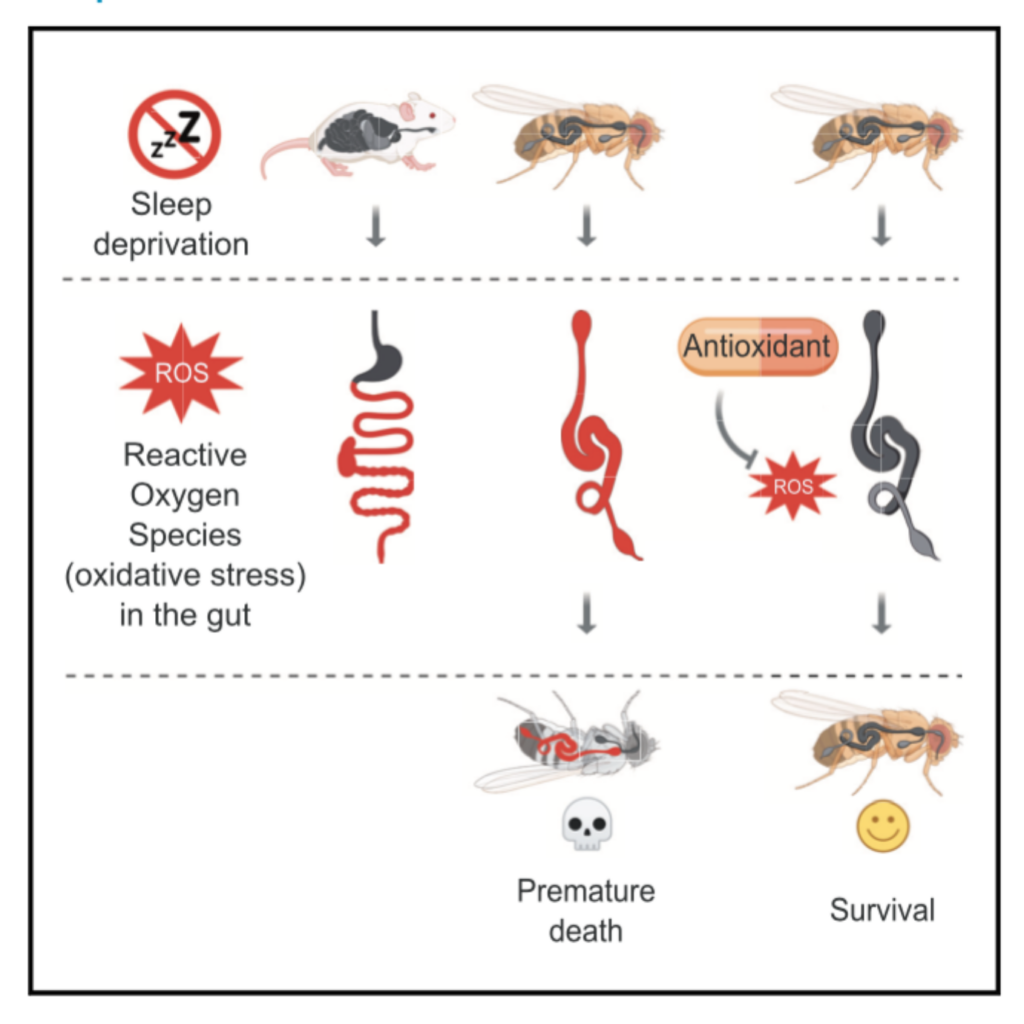 Although there are still many problems that need to be solved urgently, for example, no one knows why ROS accumulates in the intestine, and what is its source? Does sleep deprivation cause overproduction of ROS? It still interferes with some process of removing it, or both. What mechanism does ROS specifically induce premature death? and many more. But this study clearly tells us the importance of ensuring sleep and the seriousness of extreme lack of sleep can lead to premature death. Knowing this, can we immediately eat antioxidant health products to prevent premature death? Don’t worry, because this experiment was done in fruit flies and mouse models. The same phenomenon and mechanism in humans have yet to be confirmed. In addition, this study (data not shown) also shows that if antioxidants are administered too early or too high, they can sometimes accelerate the death of sleep deprived animals. Because a certain level of oxides in the intestine may have certain benefits in compensatory counteracting the adverse effects of insufficient sleep, maintaining immunity and intestinal flora balance.

So what should we do, the most important thing is: