With the announcement of the 2020 Q3 report of global multinational pharmaceutical companies, the list of the world’s best-selling drugs in the first three quarters of 2020 has also been released.

In 2020, the sales of the world’s best-selling TOP10 drugs in the first three quarters will be 63.727 billion U.S. dollars, of which the top three products are:

Among them, “Humira” has occupied the top spot for many years, and this year’s sales are expected to be the same as last year, fluctuating around 19 billion US dollars. 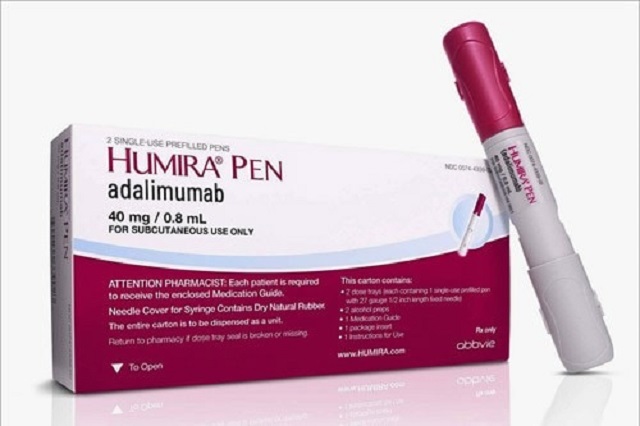 In the world’s top 10 best-selling drugs, although most of the drugs have not changed much, there are also new varieties squeezed into the top ten.

This year’s list has three rookies on the list, namely Johnson & Johnson’s Stelara, Gilead’s Biktarvy, and Pfizer’s Prevnar13 , Rising strongly by 8, 7, and 10 positions respectively, ranking fourth, sixth, and seventh, all of which are the most important and hottest products this year.

It was launched in the United States and Europe in 2003. Since 2012, it has been at the top of the best-selling ranking for 9 consecutive years.

In 2018, sales of nearly US$20 billion were even twice as much as that of the second-place Revlimid.

The patents of Humira’s composition in the United States and Europe have expired in 2016 and 2018, respectively, but AbbVie used patent litigation settlements and government bidding procedures to reduce prices by 80% to delay the threat of generic drugs or compete with generic drugs.

Xiu Meile was listed in China in 2010. In the domestic market, Biotech’s “Gloride”, Hisun’s “An Jianning”, Cinda Bio’s “Su Lixin” and Fuhong Hanli’s “Handa Yuan” also It was approved for listing by NMPA in 2019 and 2020 respectively. More than 50 other combined patents of Humira are expected to expire in 2022-2034.

Merck’s blockbuster PD-1 inhibitor, Creida, is a humanized monoclonal antibody that treats cancer by breaking the suppression of the immune system by cancer cells and restarting immune T cells.

Since its launch in the United States and the European Union in 2015 and 2016, K drug sales have achieved breakthrough growth in 2018 and 2019, with year-on-year growth rates reaching 100% and 50% respectively.

In 2018, Creta followed its biggest competitor BMS’s Opdivo into the Chinese market and has been approved for melanoma, combined chemotherapy and single-drug use for non-small cell lung cancer.

Due to its advantages in indications, Kerida’s sales have achieved a catch. As of the end of 2020, no domestic pembrolizumab has been approved for marketing.

Ruifumei is a small molecule drug developed by Xinji Pharmaceutical that can target inflammation-mediated factor TNF-α to inhibit tumor angiogenesis and stimulate T cell activation. It was launched in the United States, the European Union and Japan in 2005, and was launched in China in 2013.

Since its listing, Ruifumei’s sales have been increasing. Its unique patents in the European Union and the United States will expire in 2024,  but the patent protection period for its indications can reach 2023.

Starnox is a monoclonal antibody that targets interleukin 12 (IL-12) and interleukin 23 (IL-23). Usinuzumab can inhibit these two proinflammatory cytokines by binding to the p40 subunit shared by IL-12 and IL-23, preventing it from binding to the cell surface receptor IL-12 β1. IL-12 and IL-23 are two naturally occurring proteins, which are believed to play a key role in immune-mediated inflammatory diseases, including plaque psoriasis, psoriatic arthritis, Crohn’s disease, etc. .

In March 2020, the second indication was approved by NMPA, which is suitable for adults with moderate to severe active Crohn’s disease (CD) with insufficient response, failure or intolerance to traditional treatments or tumor necrosis factor a (TNFa) antagonists. )  patient.

In 2007, BMS spent 2.1 billion to acquire Medarex and also obtained the joint development rights of nivolumab. The drug is a human immunoglobulin (IgG4) monoclonal antibody and the world’s first PD-1/PD-L1 drug to be marketed.

It was approved for marketing in the United States, Europe and Japan in 2014, and it achieved 17 adaptations in four years. In 2018, it was launched in China as the first PD-1 inhibitor.

Since 2014, as the popularity of tumor immunotherapy has gradually increased, its sales have also increased year by year. Its main market competition comes from Merck’s “Kreida”. In 2017, BMS and Merck launched a war on the global patent of PD-1 antibody. The latter’s annual payment of patent license fees from 2017 to 2026 came to an end.

(HIV RNA<50c/mL ) As an alternative to treated patients who have lasted more than three months and have no history of treatment failure, and no resistance-related mutations of BIC/FTC/TAF components.

In the United States, Biktarvy was approved in February 2018, becoming the third FTC/TAF-based STR approved in this market in the past three years.

Prevnar 13 is an important product of Pfizer’s vaccine industry pipeline, originally developed by Wyeth. In 2009, Wyeth developed Prevnar 13 on the basis of its best-selling vaccine Prevnar, which was granted priority approval by the FDA.

Prevnar13 can prevent 13 serotypes of Streptococcus pneumoniae, which can cause a series of diseases, including ear infections, pneumonia and meningitis.

In the second half of 2009, Prevnar13 was acquired by the pharmaceutical giant Pfizer and has since become a Pfizer product.

In February 2010, Prevnar 13 was approved by the FDA for the first time. At that time, the scope of application was 6 weeks to 5 years old infants. Since then, Pfizer has expanded the age range of Prevnar 13 to adults, and the latter became the first Streptococcus pneumoniae vaccine approved for the entire life stage.

Prevnar 13 entered the Chinese market in 2016. At the end of 2019, Watson’s Wo Anxin was approved by the National Food and Drug Administration, breaking Pfizer’s import monopoly and becoming the first domestically produced and the world’s second 13-valent pneumonia conjugate vaccine.

According to Watson According to the third quarter report released by Biology, from January to September this year, Watson Biology achieved revenue of 245 million US dollar, an increase of 96.46% over the same period last year.

Prevnar 13 has always been regarded as a blockbuster drug by Pfizer following the expiration of Lipitor’s patent. Although its sales performance has fluctuated between countries, it has maintained a steady growth of about 3% per year.

Avastin blocks the blood supply to the tumor by inhibiting the effect of vascular endothelial growth factor, inhibits the tumor from spreading in the body, and enhances the effect of chemotherapy.

Because of its wide range of indications and good curative effects on a variety of tumors, Avastin quickly became a blockbuster.  The annual sales began to hover in 2013. Around 7 billion US dollars.

Avastin was approved by the FDA in February 2004 and was the first drug approved for marketing in the United States to inhibit tumor angiogenesis.

Co-developed by Bayer and Johnson & Johnson, it is an oral direct coagulation factor Xa inhibitor that was first approved for marketing in Canada in 2008.

In 2018, the drug was approved in the European Union and the United States for the prevention of atherosclerotic thrombosis in patients at high risk of ischemic events in adult coronary artery disease (CAD) or symptomatic peripheral arterial disease (PAD), and combined with aspirin Used in combination.

Xarelto is the first and only factor Xa inhibitor approved for use in CAD and PAD patient populations. The drug is the most widely used non-vitamin K antagonist oral anticoagulant (NOAC) in the world.

In 2011, the FDA approved Xarelto once a day to prevent stroke or systemic embolism in patients with non-valvular atrial fibrillation. In 2017, Bayer announced the approval of the new oral anticoagulant Xarelto for the treatment of pulmonary embolism by the China Food and Drug Administration.

Xarelto has also become the only non-vitamin K antagonist oral anticoagulant approved to be combined with aspirin for patients with chronic coronary artery disease or peripheral artery disease at high risk of ischemic events to reduce the risk of major cardiovascular events.

Imbruvica is the world’s first irreversible inhibitor of Bruton’s tyrosine kinase (BTK), which plays an anti-cancer effect by inhibiting BTK, which is required for tumor cell replication and metastasis. Imbruvica was originally developed by Johnson & Johnson and Pharmacyclics. AbbVie acquired Pharmacyclics for US$21 billion in 2015 and obtained the exclusive rights to the US market for this breakthrough drug that perfectly complements its own oncology pipeline.

In 2017, Xi’an Janssen Pharmaceutical Co., Ltd. announced that Imbruvica (Yike) was approved by the State Drug Administration for the treatment of two types of hematological tumors. It was only four years after its official listing in China was first approved by the FDA. In 2018, Yike was included in the list of new drugs in the National Basic Medical Insurance Catalog.

Currently, the industry is very optimistic about Imbruvica’s business prospects. There are forecasts that Imbruvica’s global sales in 2020 will reach 6.818 billion US dollars. The pharmaceutical market research organization EvaluatePharma released a forecast report at the end of June. With the continuous market penetration and increasing indications, Imbruvica’s sales in 2026 may reach 10.722 billion US dollars, squeezing into the world’s top 5 best-selling drugs.