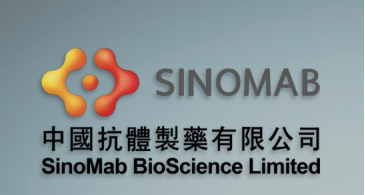 SN1011 is the third-generation reversible covalent BTK, which is designed for long-term treatment of systemic lupus erythematosus, rheumatoid arthritis, pemphigus, multiple sclerosis and other autoimmune diseases with higher selectivity and superior efficacy. In terms of targeting selectivity and affinity, SN1011 has different advantages with existing BTK inhibitors (such as ibrutinib) on the market.

This phase I clinical trial was conducted at Shuguang Hospital Affiliated to Shanghai University of Traditional Chinese Medicine to evaluate the safety, tolerability, pharmacokinetics, pharmacokinetics, and phase II clinical recommendations of SN1011 in the treatment of autoimmune diseases. SinoMab was approved by the National Medical Products Administration of China on August 27, 2020 for the SN1011 new drug research application. It has entered the drug delivery stage today, and it took less than 5 months, which fully proves the company’s efficient execution of new drug research and development projects.

Dr. Liang Rui’an, Executive Director, Chairman and CEO of SinoMab, said: “SN1011 successfully completed the first subject administration. After the flagship product SM03, another major R&D asset entered the clinical trial research stage. This is a series of One of the important milestones in the development of immunotherapeutic products. Last year, we launched a phase 1 clinical trial of SN1011 in Australia. SN1011 has shown excellent safety in clinical practice, and it can be effective at lower doses, allowing patients to continue The advantage of benefit is completely different from other BTK inhibitors on the market. We are full of confidence in the huge clinical development prospects of SN1011. In the future, we will accelerate the project to bring safe, effective and affordable drugs to autoimmune patients worldwide .”

BTK is an effective molecular target in B-cell leukemia and lymphoma including chronic lymphocytic leukemia (CLL), Waldenstrom macroglobulinemia, mantle cell lymphoma (MCL) and marginal zone lymphoma (MZL) Find. BTK plays a key role in the B cell antigen receptor signal transduction pathway and is necessary for the development, activation and survival of normal white blood cells (B cells) and malignant B cells.

In December 2020, Eli Lilly announced the new clinical development plan BRUIN MCL-321 for its new generation of BTK inhibitor LOXO-305. This clinical study is planned to be launched in the first quarter of 2021 for relapsed refractory mantle cell lymphoma (MCL) Phase III head-to-head clinical comparative study, the number of recruits is expected to be 500 cases.

It is particularly worth mentioning that the BTK inhibitors that BRUIN MCL-321 chooses for head-to-head comparison are Ibritinib from Johnson & Johnson, acatinib from AstraZeneca, and Zebutinib from BeiGene. The listed drugs are all covalent BKT inhibitors. This clinical study aims to explore the effectiveness and tolerability of LOXO-305 in the second-line treatment of relapsed refractory mantle cell lymphoma (MCL) to prove this new The superiority of first-generation BTK inhibitors over covalent BTK inhibition.

As of now, there are a total of 4 BTK inhibitors approved for marketing worldwide, namely Ibritinib from Johnson & Johnson and AbbVie, acatinib from AstraZeneca, Zebutinib from BeiGene and Tirabrutinib, jointly developed by Ono Pharmaceutical and Gilead.