What are the main symptoms of gout?

What are the main symptoms of gout?What should be done clinically?  Clinically, gout is mainly treated with drugs, but it still needs to cooperate with daily nursing work to control gout as soon as possible. 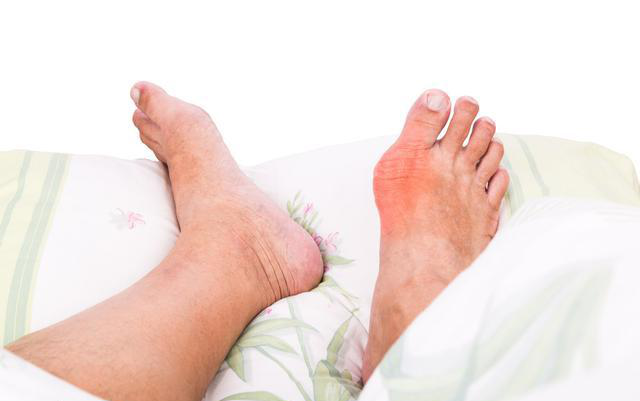 Gout is a metabolic disease caused by the disorder of purine metabolism in the body. Its symptoms can manifest as acute and chronic arthritis, and can even develop into gouty nephropathy, leading to renal failure. Gout has a great impact on the daily life of patients. If the stability of uric acid is not controlled in time, the condition will often get worse.

From a clinical point of view, the causes of gout are mainly primary and secondary. The original cause is also called genetic factor, which is usually difficult to treat. After all, it is a manifestation of immunodeficiency. The secondary is generally caused by acquired factors, such as the influence of drugs and diet, and is often caused by the patient’s daily carelessness. Both can cause high uric acid in the body, which can cause gout. Gout mostly occurs in middle-aged and elderly men, but less common in women. It usually occurs after menopause in women.

But no matter what kind of gout, the main symptoms are this:

First, the inability to excrete uric acid will accumulate at the ends of the joints, which will become arthritis in the long run. Arthritis usually pains in the middle of the night, and the joints will have redness, swelling, and fever. The patient cannot tolerate it, and may involve other joints. Now, pain is mainly controlled by medication, but medication should follow the doctor’s guidance.

Second, symptoms such as dullness, itching, and desquamation may appear on the skin. The patient should touch these parts as little as possible. Scratching with hands can cause the skin to rot and make it difficult to heal. It is necessary to use medicine to relieve symptoms.

Subcutaneous gout is caused by too much uric acid that cannot be excreted, causing uric acid to form urate crystals in the body, and eventually precipitate in the subcutaneous, soft tissues, and joints. When gout attacks, patients often feel pain in the skin and flesh, which is why the medical profession calls it hyperuricemia. Many gout patients have hyperuricemia, therefore, the control of uric acid is very important for the body.

It should be pointed out that the severity of these symptoms is proportional to the time of gout attack. Therefore, in order to avoid excessive pain, the patient should be treated immediately after the diagnosis of gout, without delay. In the late stage of gout, the patient not only has more pain, but also poses a great threat to the patient’s life.

Although there is no clear cure for gout at present, the main clinical treatment is medication, but it still needs to cooperate with daily nursing work to control gout as soon as possible. Moreover, the patient must build up confidence and understand that the treatment of gout is a long-term struggle and cannot be easily given up. Also, don’t blindly believe in folk remedies, go to a regular hospital and trust the doctor’s treatment.